Start or Sit: Argos back to pass-happy offence? 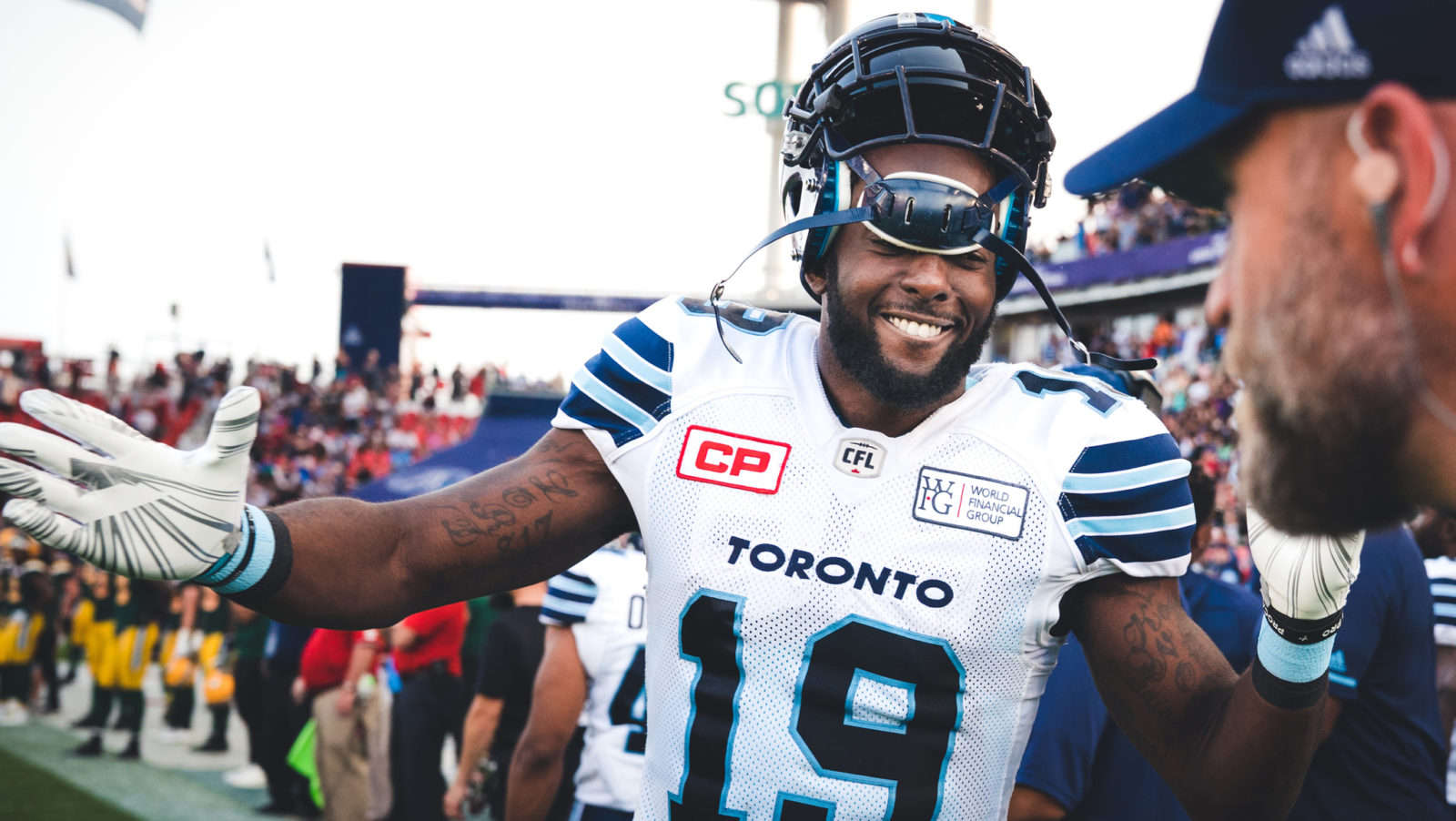 Start or Sit: Argos back to pass-happy offence?

At least three teams will be without their Week 1 pivots entering Week 14 of the schedule, and as last week’s numbers showed, uncertainty across the board can leave Fantasy owners either willing to roll the dice on how well the new starter performs or willing to adjust to a reliable yet inconsistent option at the position.

As both the Argonauts (James Wilder) and REDBLACKS (William Powell) learned last week, change at running back can be welcomed, yet the bigger question is whether both teams receive similar efforts? The answers, as we shall see, are right in front us. 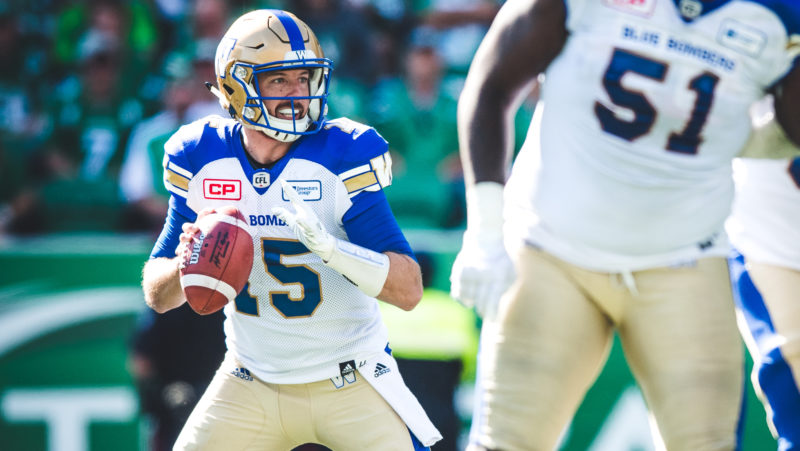 Nichols has thrown eight majors over his past three games making him a must-start this week (Johany Jutras/CFL.ca)

Start: The pivot position, as mentioned, is thin, which is why it shouldn’t be a surprise to see many Fantasy owners invest the $12,850 into Bombers triggerman Matt Nichols. Make no mistake: picking Nichols isn’t a ‘beggars can’t be choosers’ play. Over the past three weeks, Nichols has thrown a combined eight majors while averaging 291 passing yards along with averaging a nifty 15 yards per carry. Although he scored just 17.7 Fantasy Points in the previous meeting against the REDBLACKS in Week 7, Nichols has been consistent since that time, as his FP totals have hovered between 18-25 per game. This also works well for Nichols considering the Ottawa defence ($3,469) has managed only three contests of double-digit production this season, with two of those coming against Montreal.

Sit: This is a tough call, yet the reality is that Brad Sinopoli has become a forgotten man when it comes to being targeted in the end zone. The league’s leading receiver with 82 receptions, Sinopoli ($4,316) has been a mark of consistency, yet has not scored since Week 5. History suggests he doesn’t score at a high rate, but if you’re a Fantasy owner looking to make a move heading into the home stretch of the regular season, playing Sinopoli will give you an automatic 6-8 points per week, yet starting a receiver whose last game of double-digit production came in that Week 5 loss to the Alouettes isn’t the best decision one could make. 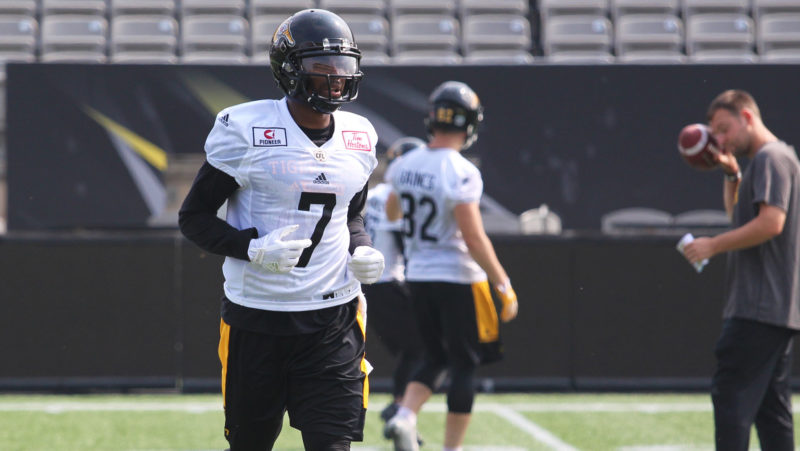 Can Shamawd Chambers make an impact in the Ticats lineup this week? He could be a low-risk, high-reward play (Ticats.ca)

Start: Talent sometimes needs a new location to thrive, which is why choosing new Ticats receiver Shamwad Chambers ($2,500) is a move that has risky yet bold emblazoned here. Chambers, traded from the Eskimos on Sunday, is expected to get the start as Mike Jones serves the first of a two-game suspension for a violation of the league’s drug policy and gives Jeremiah Masoli ($7,568) a deep threat to pair with Brandon Banks ($4,849). Chambers has just three receptions for 40 yards this season, yet should be able to exceed those numbers against a reeling Lions defence.

Sit: Even with the rash of injuries at quarterback, it is still hard to trust Jonathon Jennings ($7,252), whose challenging season hit another low point with just 0.7 Fantasy Points in last week’s loss to Calgary. Jennings leads the league with 12 interceptions and is last in QBR among qualifying players. He has just one game of over 300 yards passing and only one game of at least two passing majors while generating only 14 touchdown drives. The Tiger-Cats still rank near the bottom of the league in most categories yet they’ve shown improvement in winning two of their last three games. There is enough time for Jennings to revert into the star he was last season, but don’t be the Fantasy owner going all-in with the hopes of that happening. 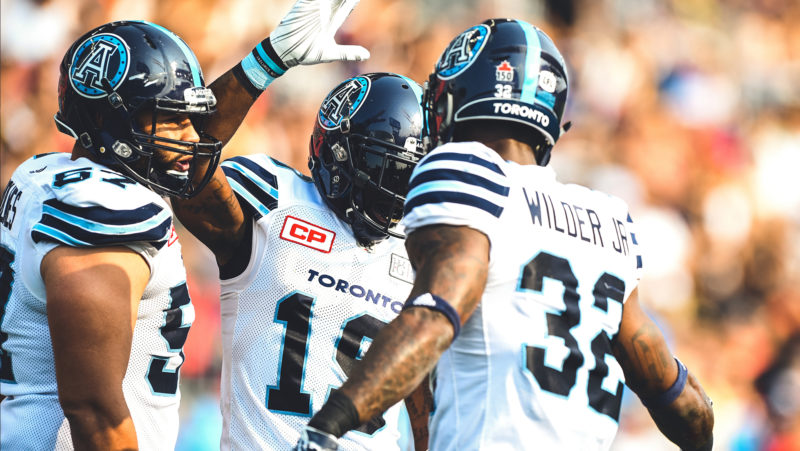 S.J. Green is a solid play this week as he’s been Ricky Ray’s favourite target through 13 weeks of play (Johany Jutras/CFL.ca)

Start: Life has few certainties, but be assured that Argonauts receiver S.J. Green ($5,942) won’t finish Saturday’s game with the two catches and eight yards he recorded in last week’s win over the Eskimos. Sure, Green did score a touchdown, but don’t count on the Toronto offence getting another huge output from running back James Wilder ($3,570), who ran for 190 yards in the victory against Edmonton. Second only to Ottawa’s Greg Ellingson ($6,584) with 1,010 receiving yards, Green is also tied for fourth in the league with six touchdown catches, including one in the Week 9 victory over his former Alouette teammates on a night when he had 26.5 Fantasy Points. Expect Toronto to return to their pass-happy ways, which means double-digit targets and (hopefully for his owners) double-digit Fantasy numbers from Green.

Sit: The struggles at quarterback in Montreal have had a great impact on receiver Ernest Jackson, who has scored fewer than two Fantasy Points twice in the last three games. While he does have a touchdown in his recent skid, Jackson ($5,302) has a combined seven catches for 52 yards over the same span. It’s been easy to forget that Jackson ranks among the league leaders with six receptions of over 30 yards. If Alouettes pivot Darian Durant ($8,494) can awaken from his recent funk, then bank on Jackson to return to being a reliable WR2-caliber performer. If not? Well, it’s best you keep Jackson sidelined. 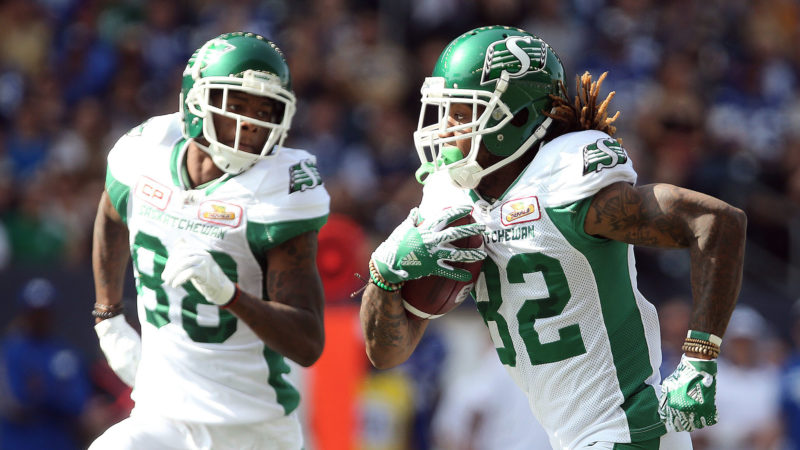 Roosevelt has been the go-to guy in Saskatchewan and a must-start for any Fantasy owner (CFL.ca)

Start: Most Fantasy owners are plugging Naaman Roosevelt ($7,623) into their lineups and with good reason. Roosevelt has scored touchdowns in four straight games and six of his last seven, perfectly explaining why has put up double-digit Fantasy production in the same span. Duron Carter ($6,208) should be healthy, yet Roosevelt has established himself as the Roughriders’ go-to receiver. Regardless of whether it’s Kevin Glenn ($11,191) or Brandon Bridge ($7,206) getting the start, Saskatchewan won’t be shy of making its intention of fearlessly throwing the ball against a Stampeders defence that has been a huge contributor to the team’s current seven-game win streak.

Sit: This isn’t a good week to plug Kienan LaFrance ($3,500) as a sneaky-good RB2 selection. LaFrance had just ten touches for 45 total yards in last week’s win over the Ticats. Calgary is third in fewest rushing yards allowed per game and faces a Saskatchewan running game that is eighth in rushing yards per game and is missing the presence of Cameron Marshall, who has five of the team’s six rushes of over 20 yards. It’s iffy to consider LaFrance getting more touches, especially if either the game gets out of hand early or if the league’s second-best passing attack finds success versus a Stampeders pass D that shares the league lead with 16 interceptions.