HAMILTON — The Edmonton Eskimos have acquired international running back C.J. Gable from the Hamilton Tiger-Cats in exchange for two players from the negotiation list.

The deal was announced on Monday, as Gable sheds his stripes and heads west following five seasons in black and gold. 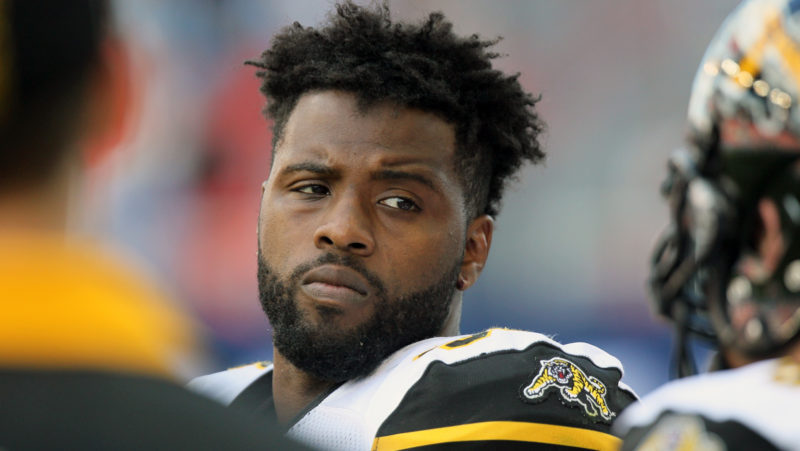 The move comes following more injuries in the Eskimos’ backfield, most recently to Travon Van. Van left the Esks’ Week 15 loss to Winnipeg, forcing the Eskimos to hand the ball to Pascal Lochard.

This season, Gable has rushed for 466 yards and five touchdowns on 74 carries, with a career-high 6.3-yard average. Alex Green is likely to take over the Ticats’ backfield over the remainder of the season.

Gable could make his Eskimos debut as early as Week 16, when the Green and Gold take on the Montreal Alouettes on Thanksgiving Monday at Percival-Molson Stadium.