Thanksgiving is a time to reflect on everything we’re thankful for.

While, of course, I’m thankful for my friends, family and my health, I’m also thankful for CFL football. I know, I’m not the only one who is, right?

So in the spirit of Thanksgiving, here are 10 CFL things I’m thankful for.

It’s such a simple thing and yet it can have a such an impact on a game. Take Week 15’s contest between the Riders and the REDBLACKS – Saskatchewan won the game on a rouge. One. Single. Point. How Canadian, eh? 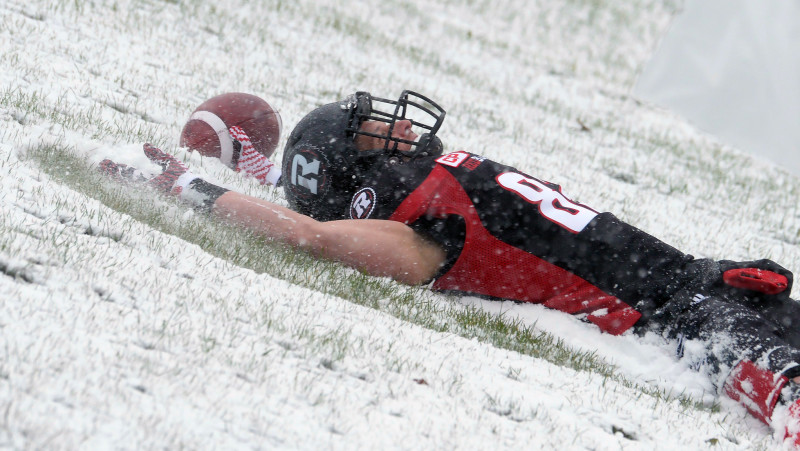 I really don’t think I’ve enjoyed a game as much as I did when I watched the 2016 East Final. The snow was falling, no.. dumping on the field at TD Place in Ottawa and yet the show went on. But the best part of the entire game? When Greg Ellingson did a snow angel after he scored a touchdown. Amazing. Maybe we’ll have another game played in the snow this year during the Grey Cup?

Sitting on a couch for an entire day watching football? I honestly don’t know what could be better. I really don’t. 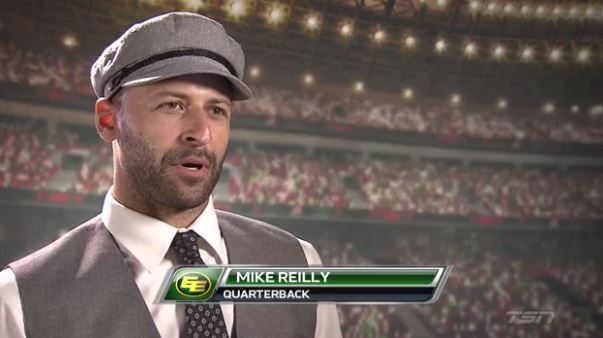 Okay, so, #MikeReillyHatWatch2017 has been one of my favourite things to follow this season. The guy absolutely rocks everything he puts on his head. Everything.

If you haven’t been to a game at Tim Hortons Field this year, you’re missing out on Sienna Kocsis. This girl has PIPES. Like, blow-the-roof-off-the-stadium type of pipes. Oh, and did I mention she’s TEN YEARS OLD? 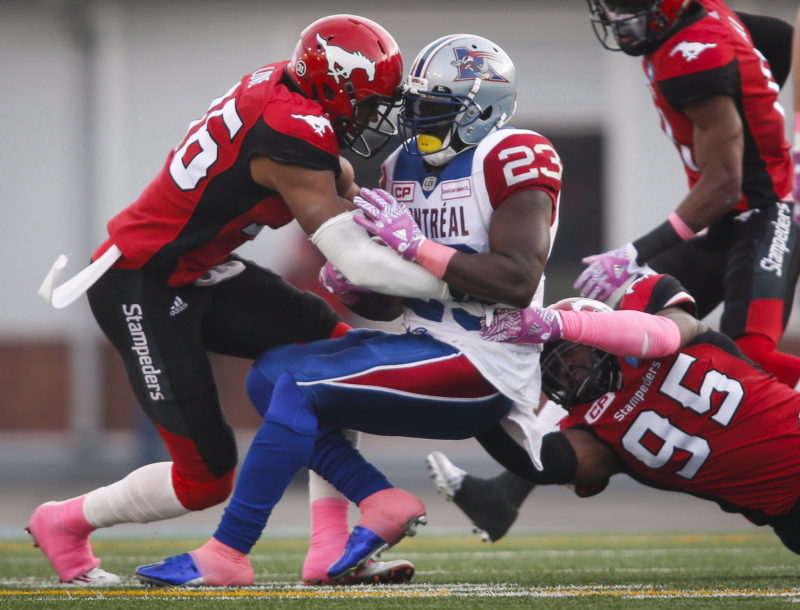 It’s for a great cause (players wear pink to raise awareness to help tackle women’s cancers) and I mean, how can you NOT love seeing everyone wearing pink?

I don’t miss a Roughriders game. Ever. Because what if I miss one of their new celebrations? Could you imagine if I went without seeing the Conga Line? Or the Curling? Or ROB BAGG JOINING IN AND DOING NIGHT AT THE ROXBURY?! Yeah, I couldn’t imagine that either.

Yes, I’m thankful for YOU. The league wouldn’t be what it is without the fantastic and unconditional support from our fans! You guys make this game fun and exciting and I’m so thankful for all of you. Keep being the best.

What are YOU thankful for? Tweet me @kcostabile1 or @CFL and let us know what you’re thankful for this Thanksgiving.