Berg vs. Ferg: Who is the CFL’s dynamic duo? 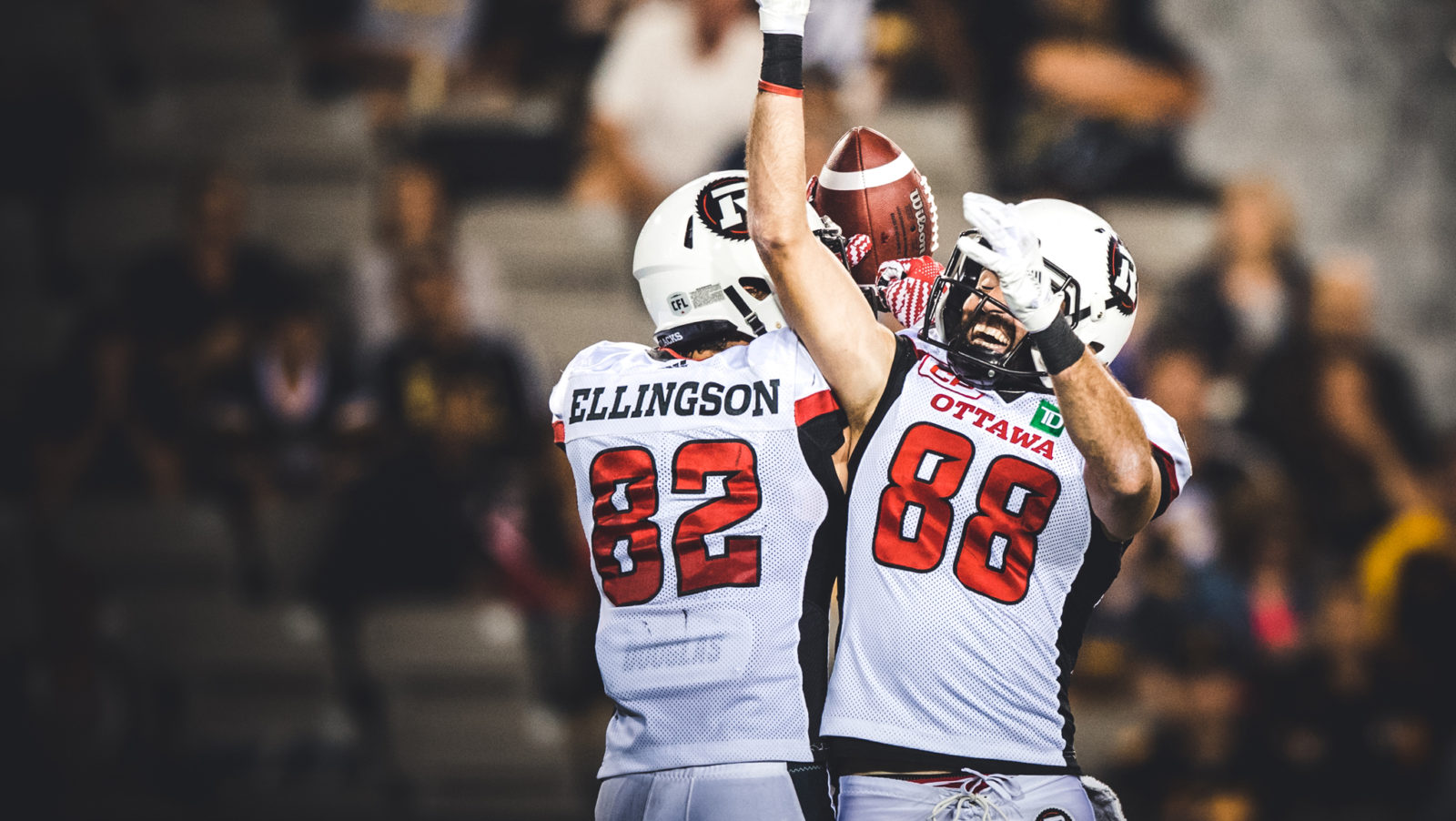 Berg vs. Ferg: Who is the CFL’s dynamic duo?

Berg vs. Ferg returns for another season on CFL.ca as columnists Pat Steinberg and Marshall Ferguson debate over some of the league’s most contentious storylines. This week, they weigh in on who is the best pass-catching duo in the CFL.

Statistically, it’s hard to say any pass-catching duo has been better of late than Brad Sinopoli and Greg Ellingson. With Sinopoli jumping over the 1,000-yard mark in Week 16, the two have each hit the four-digit milestone for three straight seasons, powering what has consistently been one of the CFL’s top passing attacks and even winning a Grey Cup along the way.

In a one-game, winner take all, does any other option compare to the combo well-known as ‘the buds’?

Let’s take a quick look around the CFL. In Edmonton, Adarius Bowman and Derel Walker could be seen as one of the league’s top pairings, although the former has struggled to return to his 2017 form.

West of Edmonton, Bryan Burnham and Emmanuel Arceneaux will each go over 1,000 yards for the second straight season.

In Saskatchewan, Duron Carter and Naaman Roosevelt can dominate you physically or beat you with their speed. Both players bring athleticism to the table along with that ‘open-even-when-they’re-covered’ approach to the game.

There are more, still, but one that stands out to Ferguson is an unexpected choice: Darvin Adams and — gasp — a running back, Andrew Harris.

With Harris on pace to shatter the all-time single-season catches record for a running back (102 receptions), the Bombers’ offensive centrepiece is indeed a threat through the air, causing headaches for opposing defences all season.

Which duo would you rather have in your passing game? Berg and Ferg debate.

If you’re like me, when you think of a dynamic receiving duo you likely imagine two dominant players known for their route running and pass snatching ability, which creates an innate dilemma for defences in both preparation and execution.

You image a wide side slotback and a boundary wide receiver who put the safety in a bind on any given play and a quarterback who is equally dangerous throwing to either.

All of the above descriptions still apply to my most dangerous receiving combination, although the way they put a bind on opposing defences does differ greatly from the normal standard.

Darvin Adams and Andrew Harris have become the most dangerous receiving combination of the 2017 CFL season.

Harris is on pace to post historic numbers as a multifaceted athlete out of the backfield. Numbers which include receptions and receiving yardage for a running back, which prove he is a constant threat out of the backfield in more ways than just one.

Adams has experienced a resurgence in Winnipeg as the number one receiver while posting a career high in catches (75), yardage (1100) and touchdowns (7).

The combination of Harris underneath catching screens, flat routes and check downs with Adams being amongst the CFL’s best deep threats is a CFL version of the powerful over/under attacks produced by Wes Welker and Randy Moss or Jerry Rice and John Taylor.

Adams is not Rice and Harris is certainly not the natural receiver or route runner that Welker or Taylor were but their effect on defences in pulling linebackers down to the shorter route and back to the deep shot is similar in theory.

If the Winnipeg Blue Bombers needed any confirmation that their offence’s explosive ability relies on the use of Adams and Harris, look no further than last Friday against Winnipeg when both men were seldom targeted or heard from. The offence sputtered, leading to a lacklustre home loss.

When the Bombers are at their best offensively, they use Harris and Adams to tug and twist defences forwards and backwards while playing at a high tempo in order to get Matt Nichols more attempts.

When they do that, Adams and Harris become the most dangerous duo in the CFL.

From a pure statistical standpoint, Ottawa’s Greg Ellingson and Brad Sinopoli are the CFL’s best receiving duo in 2017. With both over 1,000 yards for a third straight season with the REDBLACKS, and with Ellingson pacing the league, no duo has racked up as much raw yardage as the dynamic one in Ottawa. But their case for the CFL’s best receiving tandem goes far beyond just statistics.

First off, they really do spend a lot of time playing off of one another on the field. Often times lined up close to or beside one another, Ellingson and Sinopoli give opposing defences fits on the strong side of the field. Both receivers are very proficient route runners and extremely reliable, which makes having them work on the same side of the field all the more dangerous.

But there is a little yin and yang with these two players, too. While still strong on the ball, Ellingson uses his speed as his most dangerous weapon and is a constant threat to bust a big play on the outside. Sinopoli, on the other hand, isn’t slow by any means, but he is the more physical of the two and uses that ability extremely well over the middle and in traffic. As such, Ellingson and Sinopoli complement one another very well.

Also impressive is how this duo has stepped to the forefront even with two significant departures during the off-season. Reigning East Division MOP Ernest Jackson left for Montreal in free agency, while Chris Williams did the same, signing with the Lions. Many wondered if Ellingson and Sinopoli would be as proficient without the same amount of talent around them, but those questions have been proven to be unfounded.

Both born in 1988, Sinopoli is about eight months older than Ellingson, but realisitically these two likely have two or three more years of being a prolific duo. Sinopoli has the added benefit of being a ratio buster and he leads all Canadian receivers in yards this season. For so many reasons, these two players really do make up a package. That’s why they’re the CFL’s best receiving duo; the statistical backing is just a little extra backing for my argument.