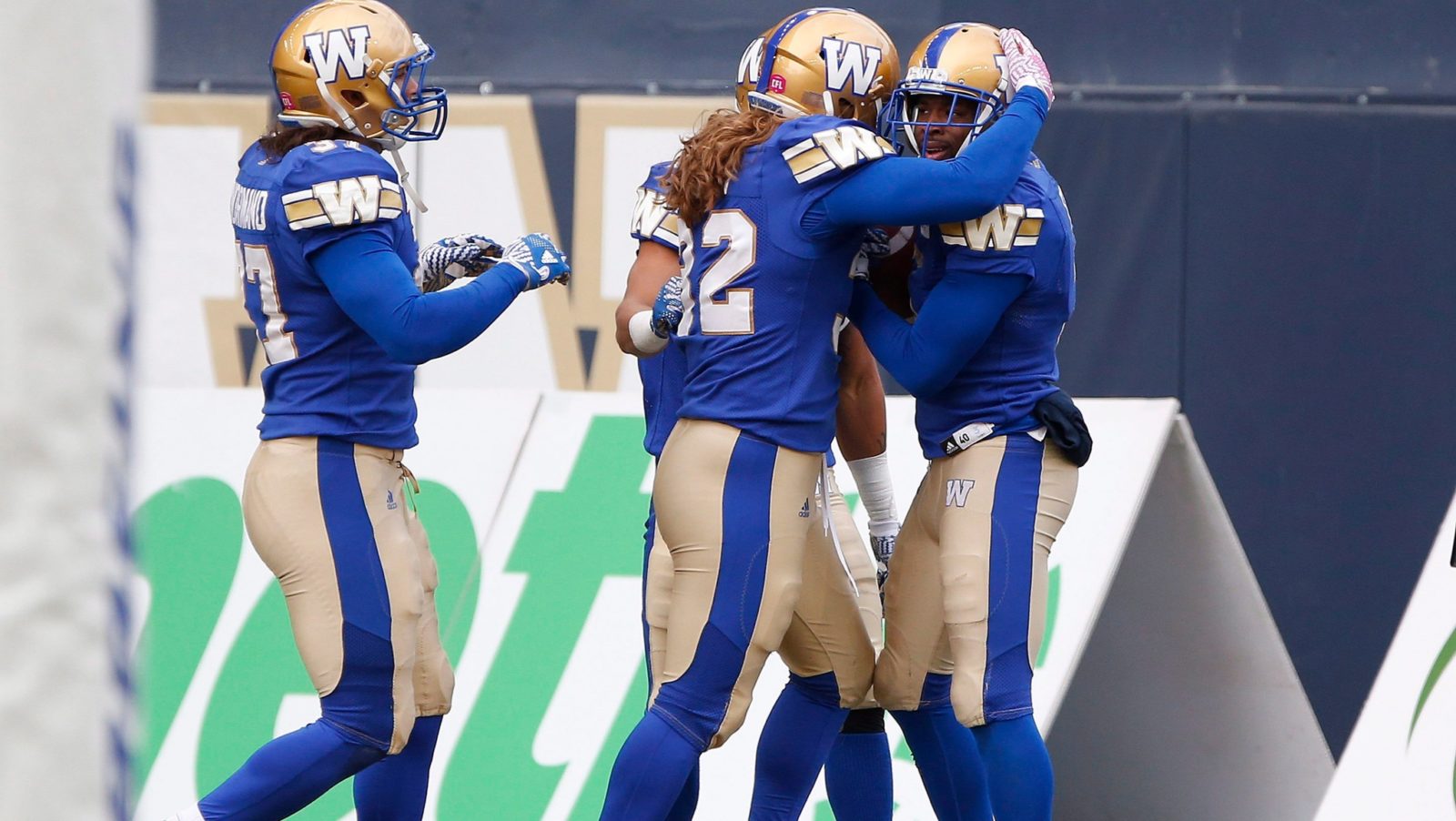 WINNIPEG — The Winnipeg Blue Bombers bounced back from their tough Week 16 loss by defeating the BC Lions 26-20 in a strong defensive performance at home on Saturday. The Lions rallied back late to bring the game within a score near the end, but the Bombers’ defence stood strong to seal the victory and clinch a playoff spot.

Defence and special teams led the way for the Bombers all game long, and defensive back Kevin Fogg made a big impact with both an interception and a pivotal 88-yard punt return touchdown that gave Winnipeg early momentum.

TJ Heath added a 64-yard interception return touchdown late in the game, and the Bombers’ defensive put heavy pressure on Jonathon Jennings for all four quarters.

Despite losing star receiver Darvin Adams early in the game due to an upper body injury, the Bombers found a way to move the ball and grind out a tough win.

The  Bombers struck first in this one with a highlight-reel punt return early in the first quarter. Returner Kevin Fogg outran the Lions’ special teams unit up the left side of the field for the 88-yard return touchdown, helping Winnipeg take the early 7-0 lead.

The Bombers’ offence suffered a major loss early on when leading receiver Darvin Adams left the game with an upper body injury. Adams suffered the injury after taking a hit while attempting to make a catch in traffic, and he was officially ruled out shortly after.

But the Bombers began to move the ball on offence with quarterback Matt Nichols distributing the ball to his other playmakers on the ensuing drive, including passes to to running back Andrew Harris and receiver  L’Damian Washington. Nichols was sacked by Lions defensive lineman Alex Bazzie for a loss of seven yards on the drive, but Bombers kicker Justin Medlock managed to hit a 45-yard field to bring the score to 10-0.

The Lions’ offence faced major pressure throughout the first half, with quarterback Jonathan Jennings struggling to find time to throw the ball against the Bombers’ stout defensive front. Running back Jeremiah Johnson ran the ball well in the first half with 56 yards on the ground, but BC’s passing game had a difficult time getting the team into scoring position. The Lions were forced to punt the ball away on their first six drives of the game.

Winnipeg’s strong defensive play led to Medlock adding a 37-yard field goal and a single near the end of the second quarter, extending Winnipeg’s lead to fourteen points.

The Lions got onto the scoreboard on the final play of the half with a field goal of their own. Jennings made his first big throw of the game when he hit receiver Shaq Johnson for a 33-yard gain, and Lions kicker Ty Long knocked through the 35-yard field goal to cut into the Bombers’ lead before halftime.

Long made another big kick for the Lions early in the third quarter, hitting a 50-yard yard field goal that brought the score to 14-6.

BC appeared to create momentum on defence when defensive back Loucheiz Purifoy forced a fumble on Andrew Harris, but the play was negated due to Lions linebacker Micah Awe returning to action too soon after leaving the field with an injury.

Jennings continued to face heavy pressure every time he dropped back to make a play. With his passing pocket collapsing and defenders clogging his throwing lanes, Jennings had nowhere to go and was sacked by Tristan Okpalaugo for another big loss of yardage. The backed up Lions gave up two points as a result when Ty Long surrendered a safety, making the score 16-6.

Things did not get better on the Lions’ next drive, as a deep Jennings throw into double coverage was intercepted by Fogg. Fogg’s second big play of the game led to another Medlock field goal that put Winnipeg up 19-6.

The Bombers’ defence did not allow the Lions to get anything going for most of the game, and momentum remained on Winnipeg’s side when Lions defensive back TJ Heath intercepted a Jennings pass and took it the distance for a 64-yard touchdown score.

The Lions’ offence finally entered the red zone after Jennings connected with receiver Emmanuel Arceneaux for 29 yards. Jennings found Bryan Burnham a couple plays later for the 10-yard touchdown strike, cutting Winnipeg’s lead in half with just over two minutes left to play.

Jennings kept things moving in the game’s final moments, and the quarterback found Burnham again for a late 13-yard touchdown pass. But it was too little too late for BC’s offence, as the Bombers held strong on defence to secure the 26-20 victory.

Week 18 will see The Lions host the Edmonton Eskimos on Oct. 21, while the Bombers will head to Toronto to take on the Argonauts.