Spencer Shines as REDBLACKS Take Down Ticats in Thriller 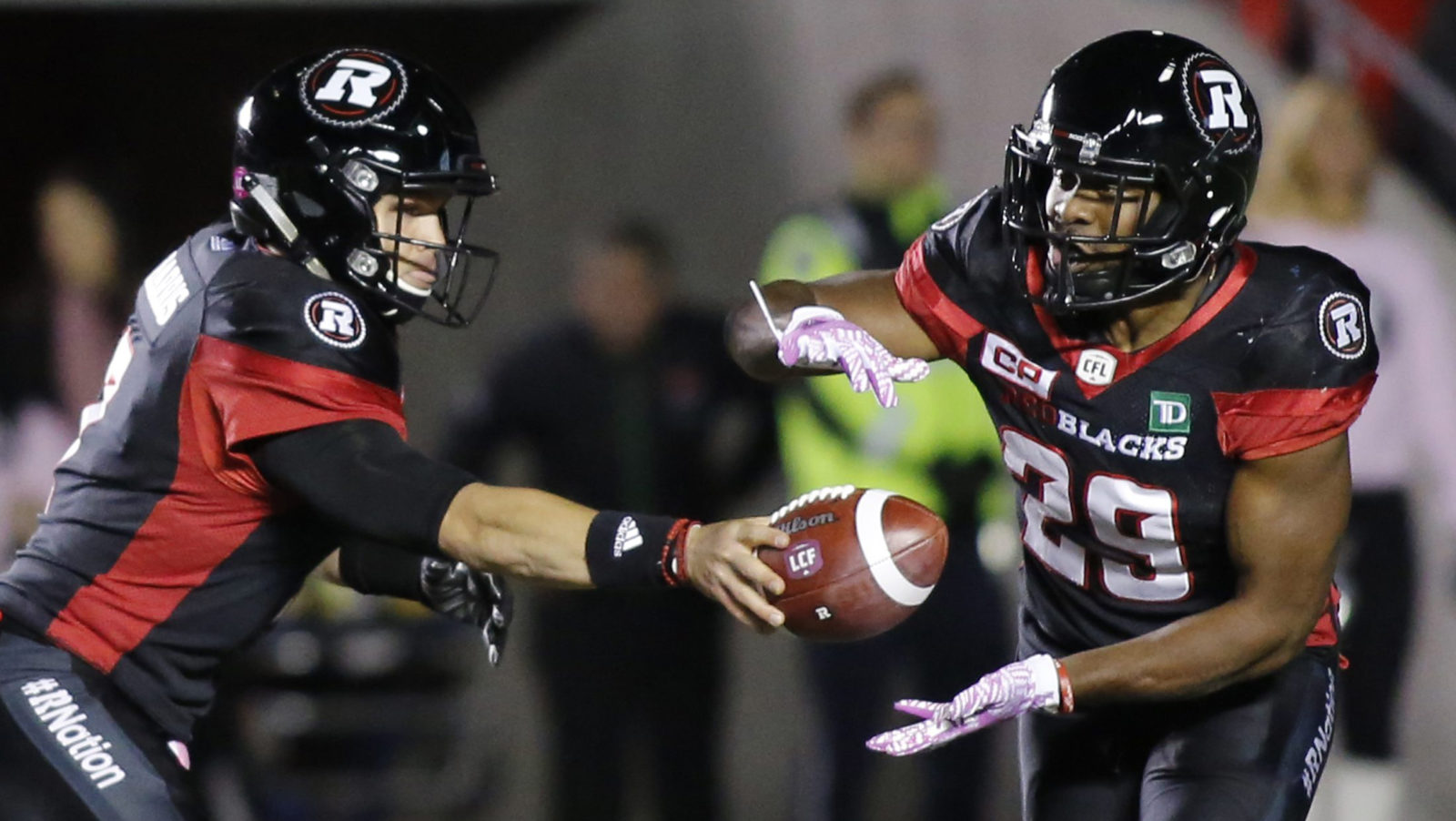 Spencer Shines as REDBLACKS Take Down Ticats in Thriller

OTTAWA – It wasn’t the way the REDBLACKS drew it up, but they’ll take the points just the same.

Playing from behind for much of the game, the REDBLACKS overcame five offensive turnovers to defeat the Hamilton Tiger-Cats 41-36, thanks in part to nearly 500 all-purpose yards from SB Diontae Spencer and two-touchdown performances from RB William Powell and WR Juron Criner.

With the victory, the REDBLACKS temporarily move into first place in the East Division, meaning that an Argonauts loss in week 20 gives Ottawa a first round bye in the CFL playoffs.

After forcing REDBLACKS P/K Brett Maher to concede a safety to open the game’s scoring, QB Jeremiah Masoli and the Ticats offence got to work early. SB Luke Tasker made his presence known on the drive, converting two consecutive first downs before Masoli found WR Jalen Saunders in the end zone for the game’s first major.

Masoli wasted no time extending Hamilton’s first quarter lead to 16 points with another touchdown pass, this time to speedster Brandon Banks, who blew by his defender and made a beautiful over-the-shoulder catch at the back of the end zone.

The REDBLACKS, looking for a spark, employed some trickery to open the second quarter, as WR Jake Harty lined up behind Maher on a punt attempt and hustled downfield, recovering the onside punt and retaining possession for Ottawa. Forced to punt again just two plays later, the REDBLACKS again tried to extend their drive, this time through a fake punt, but FB Patrick Lavoie couldn’t bring in Maher’s pass and the Ticats took over on downs.

Things appeared to go from bad to worse for the REDBLACKS in the second quarter, as QB Trevor Harris suffered a wrist injury following a sneak attempt and was forced to come out of the game, making way for back-up QB Drew Tate. Luckily for Ottawa, Harris would return on their next drive.

Incredibly, Tate’s first pass attempt of the game would pay off big for his team, as he completed a short pass in the flats to WR Juron Criner, who broke a few tackles and scampered down the sideline, diving into the end zone for the REDBLACKS’ first major. Ottawa would convert the two-point attempt, trailing by just five as the half drew to a close.

» Images: Tiger-Cats at REDBLACKS
» Box Score: Hamilton vs Ottawa by the numbers 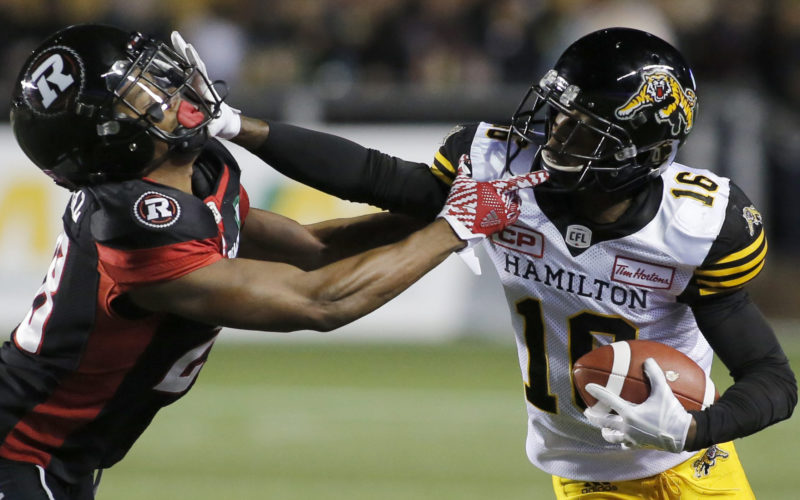 After a slow start to the second half, Harris showed no ill effects of his earlier injury, leading his team down the field and finding Greg Ellingson for his CFL-leading 12th touchdown catch of the season to give the REDBLACKS their first lead of the game. The catch was also Ellingson’s 95th of the year, setting a new franchise record for catches in a single season.

The Tiger-Cats answered right back on their next drive, as Masoli threaded the needle deep into double coverage to Brandon Banks for his second touchdown of the game. The catch put Banks over 100 yards receiving for the fifth consecutive game, and also gave ‘Speedy B’ six touchdowns in his last six games.

Masoli would add to the Tiger-Cats lead early in the fourth quarter, finding Tasker in the back of the end zone for his fourth touchdown pass of the game.

But the REDBLACKS weren’t done yet. William Powell rumbled his way into the end zone after an efficient REDBLACKS drive to cut into Hamilton’s lead, although the two-point convert was no good. Ottawa’s defence then forced a quick three-and-out and Spencer took the ensuing punt 50 yards to put his offence in striking distance. It took Harris just one play to find Criner for his second score of the game, and the REDBLACKS were improbably on top once again.

A field goal from Kenny Allen gave the Tiger-Cats a two point lead with just under a minute and a half remaining in the game.

Powell tallied his second touchdown of the game with a 43-yard scamper to put the REDBLACKS back on top by five with 30 seconds remaining.

The Tiger-Cats will head back home for the final week of the season and a rematch with the Montreal Alouettes, who they defeated handily in week 18. The REDBLACKS will get a bye in week 20 and watch the Toronto Aronauts closely to find out their playoff fate.