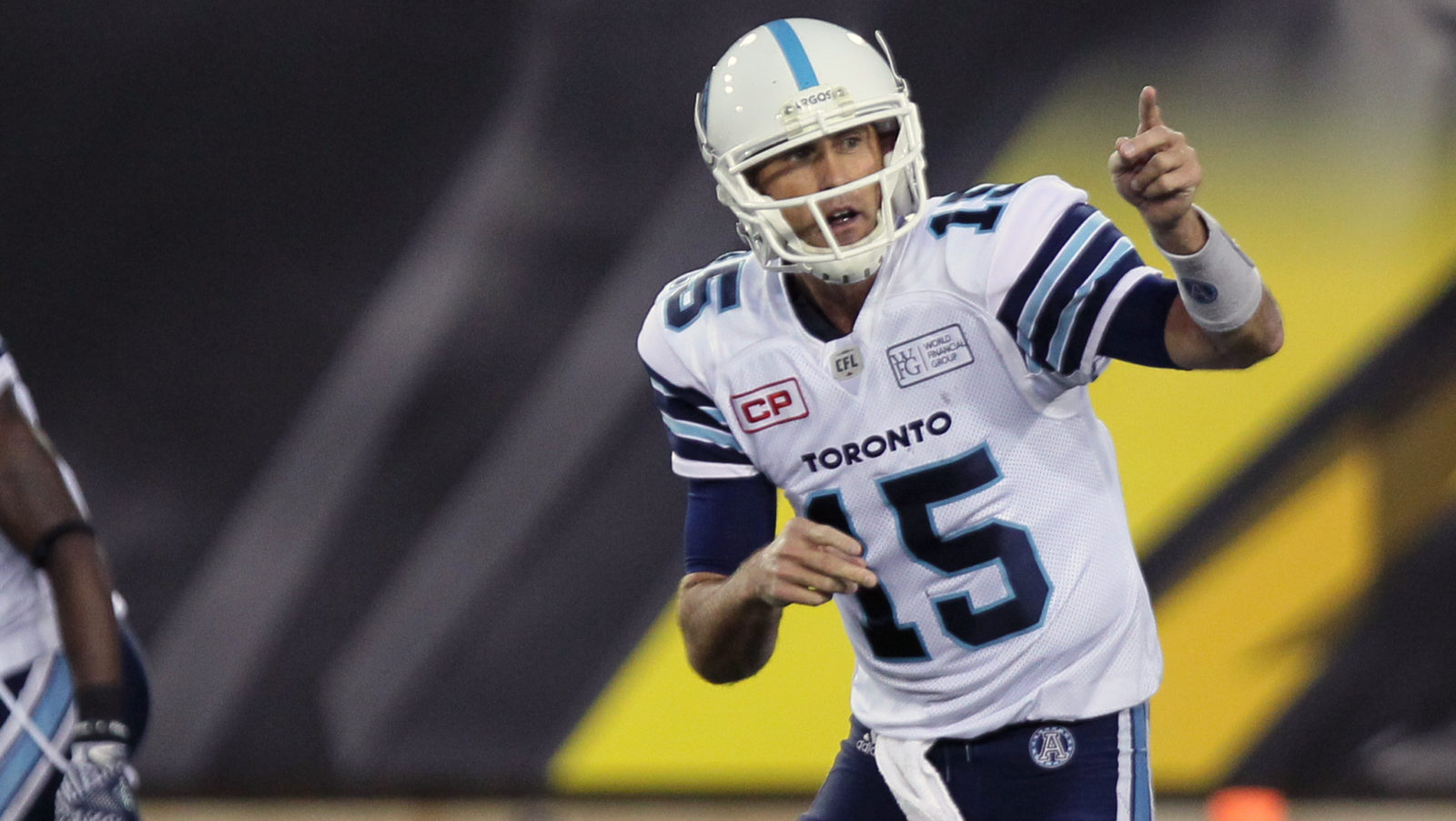 TORONTO — The 105th Grey Cup Playoffs have arrived, which means it’s time to rank the quarterbacks.

In pivotal moments it’s the pivots who make the difference between winning and losing. When we think of past winners, we tend to associate them with names like Anthony Calvillo, Henry Burris, Warren Moon and, among others, Doug Flutie.

All of the quarterbacks who will take part in the road to the Grey Cup were good enough to get their team this far. But a look at recent Grey Cup winners tells us that only a certain few have what it takes to win a championship.

While Mike Reilly‘s spot at the top was closely contended, the Eskimos pivot deserves the No. 1 ranking after his career year. He’s got the Eskimos on a five-game winning streak going into the playoffs, while the Esks’ field general set a new franchise high for passing yards this season.

Equally impressive has been Ricky Ray, the 38-year-old who’s turned the clock back to lead the Argos to an unexpected East Division title.

With others in between, perhaps the most intrigue surrounds the Riders, who head into the playoffs with the duo of Brandon Bridge and Kevin Glenn. Both quarterbacks have played extensively for Chris Jones’ team, which continues to win regardless.

All that and more in first ever playoff edition of the QB Index powered by Rockstar:

Mike Reilly led the CFL and even set a franchise record, passing esteemed greats like Ricky Ray and Warren Moon with 5,830 passing yards this season. In addition to his league-leading 30 touchdown passes, the 32-year-old added 12 more touchdowns on the ground. It’s close, but right now he’s the best quarterback in the three-down game.

It was a must-win game for the Argos, for all intents and purposes, and the veteran Ricky Ray responded with another gem, leading the Boatmen to their second East Division title since his arrival in 2012. Ray has gone over the 300-yard mark 13 times this year, including five in a row going into the post-season. He’s a dark horse to win MOP while a Grey Cup remains in his sights.

While neither Bo Levi Mitchell nor Trevor Harris played in Week 20, the two veteran quarterbacks swap positions going into the post-season. Perhaps it’s because we were reminded of the Mitchell’s value to the Stampeders, with the offence sputtering badly in his absence. Mitchell has an MOP and a Grey Cup next to his name and remains the winningest quarterback in CFL history.

After a week off in Week 20, Bo Levi Mitchell has a fresh mindset going into the post-season (Larry MacDougal/CFL.ca)

Trevor Harris has played like an MOP throughout most of 2017, but on Sunday he’ll take the post-season stage for the first time in his career. Finally out of the shadow of Ricky Ray and Henry Burris, Harris has a chance to become a legend in his own right by leading the REDBLACKS to a Grey Cup on home turf.

While the Bombers didn’t need Matt Nichols in their season finale against Calgary, the franchise quarterback will have to be on top of his game in the Western Semi. Nichols has enjoyed a breakthrough season for the Blue and Gold, throwing 28 touchdowns and eight interceptions while leading Winnipeg to its first home playoff game since 2011.

Still seen as the change-of-pace guy in Saskatchewan, Brandon Bridge has had an up-and-down season for the Riders. The upside is clear, but the 25-year-old still needs to be more consistent before earning a full-time gig as a starter. Still, his play combined with his athleticism have made it an awfully short leash for Kevin Glenn, with Chris Jones unafraid to make a change when things aren’t moving along.

Once a candidate for Most Outstanding Player this season, Kevin Glenn has not made it through four of his last five games without being replaced by the aforementioned Bridge. Will that change in the playoffs? Glenn is fully capable and is more experienced than Bridge, so it’ll be interesting to see how Chris Jones approaches his quarterback situation in the bright post-season lights.