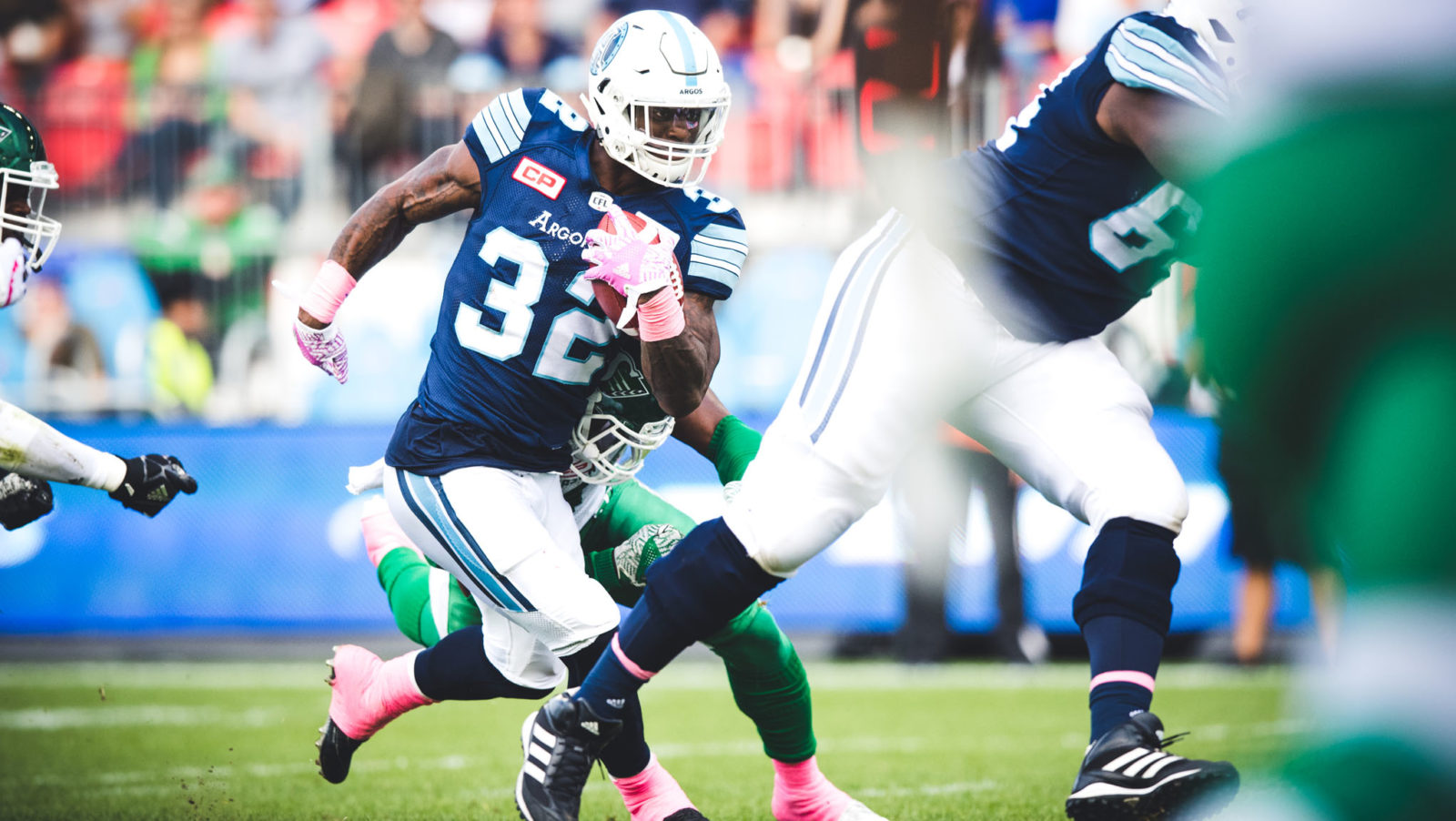 For Fantasy owners, the focus is on which players will make the most of their $30,000 salary cap and who may not be up for the task. Let’s discover who will deliver in this Sunday’s Division Finals. 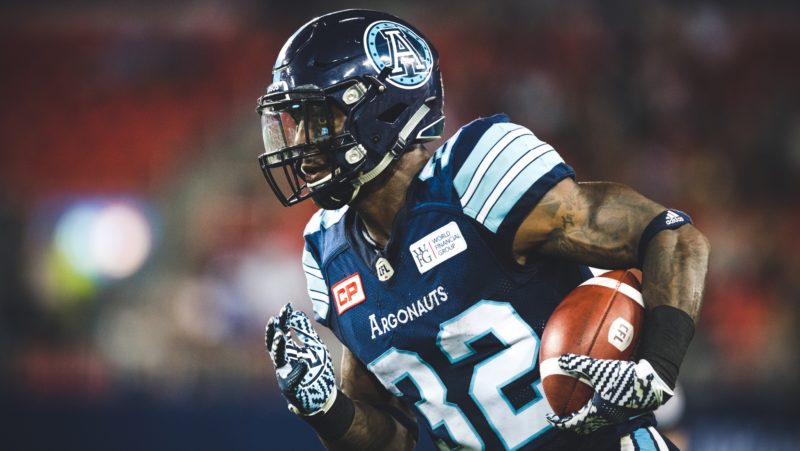 Wilder Jr.’s explosive second half of the season should continue this weekend making him a fantasy must-start (Johany Jutras/CFL.ca)

Start: Argos running back James Wilder Jr. ($7,961) rushed for 700 yards in his last six games. Yes, that translates to a 2,100-yard pace over the course of the entire regular season and might have made the Most Outstanding Rookie finalist a Most Outstanding Player finalist had he been able to maintain such a blistering pace. Wilder Jr. had four games of at least 20 Fantasy points, including a pair of 30 FP outings. What makes Wilder such a devastating presence are his pass-catching skills, as he had five games in which he recorded at least 67 receiving yards.

The Roughriders were in the middle of the pack in both rushing yards allowed per game (fifth, 96.3) and yards per carry allowed (fourth, 5.1), yet their biggest task will be keeping Wilder from getting into the open field. Saskatchewan was fourth with eight runs allowed of more than 20 yards, while Wilder led the league with nine runs of 20-plus yards. Obviously, Wilder is going to cost you, yet his ability to alter a game on any given play could make him (Fantasy) money well spent.

Sit: Kevin Glenn ($6,579) put up 21 Fantasy points last week, his best Fantasy output since the 27.4 FP he scored against Winnipeg in Week 11. Can he be trusted again? It’s a tough question to ask considering the Argonauts were second only to the Stampeders in opponents’ QBR (66.6) while also ranking second in opponents’ yards per pass (7.7) and opponents’ completion percentage (64.6 percent).

Toronto also tied Calgary for the league lead with 50 sacks and when you consider Saskatchewan was seventh with a combined 44 sacks allowed, the recipe for a tough Sunday for Glenn at BMO Field are in place. Glenn certainly has the talent around him to overcome the Argos’ pass rush, but it’s not a risk Fantasy owners should take. 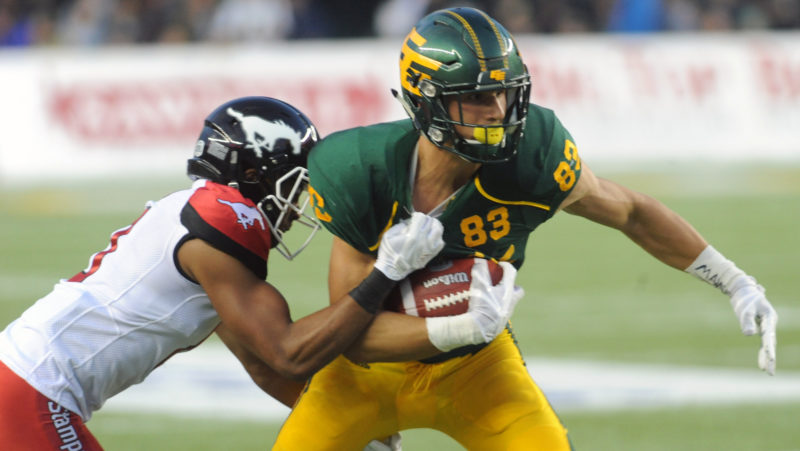 Zylstra has figured out the tough Stampeders defence in the two meetings between the teams this season (Walter Tychnowicz/CFL.ca)

Start: While there is no question the Stampeders’ pass defence was the league’s best in the regular season, Eskimos receiver Brandon Zylstra ($7,944) was their kryptonite. In the three meetings between the two teams during the regular season, Zylstra caught 22 passes for 415 yards and two touchdowns against Calgary and comes off a Western Semi-Final win over Winnipeg that saw him pull in eight passes for 156 yards and a major. Zylstra had just five regular season games in which he scored fewer than 10 Fantasy points and while the Stamps will make containing him a focal point, it’s not as if they can ignore Adarius Bowman ($5,543) and Derel Walker ($5,343) along with the running and catching skills of C.J. Gable ($8,367).

No pivot solved Calgary’s defence like Edmonton’s Mike Reilly ($14,000), who threw for 1,065 yards and six touchdowns against the Stampeders in the regular season. The league’s top passing game won’t flinch against Calgary, and that translates into Zylstra seeing double-digit targets. A high volume of looks from Reilly will be another big afternoon for the second-year breakout star.

Sit: Stamps pivot Bo Levi Mitchell ($7,912) could look toward his proven set of receivers, which means Most Outstanding Rookie finalist Marken Michel ($4,112) could be the odd man out. Michel should still get a look or two downfield, yet DaVaris Daniels ($4,788) and Kamar Jorden ($4,775) will be the two featured pass catchers while the expected return of Marquay McDaniel ($4,003) gives Mitchell another reliable target.

It’s not to say that Michel will be ignored. Calgary had six players catch at least 33 passes this season, so the diversity of the Stampeders’ passing game could make investing into more than one a risky play. Michel caught six passes for 120 yards in the two games he played against the Eskimos, a good indication of how he might be used on Sunday evening.