OTTAWA — The Grey Cup matchup has finally been set.

The 105th Grey Cup presented by Shaw will bring plenty of star power to the nation’s capital, from two prolific pivots to a couple of rising stars in James Wilder Jr. and Alex Singleton.

A gap of four regular season wins separates the Stamps and Argos, yet if you break down the numbers, these teams are more-closely matched than they appear.

With an exciting week of coverage about to get under way, we take an early look at the matchups, position by position. 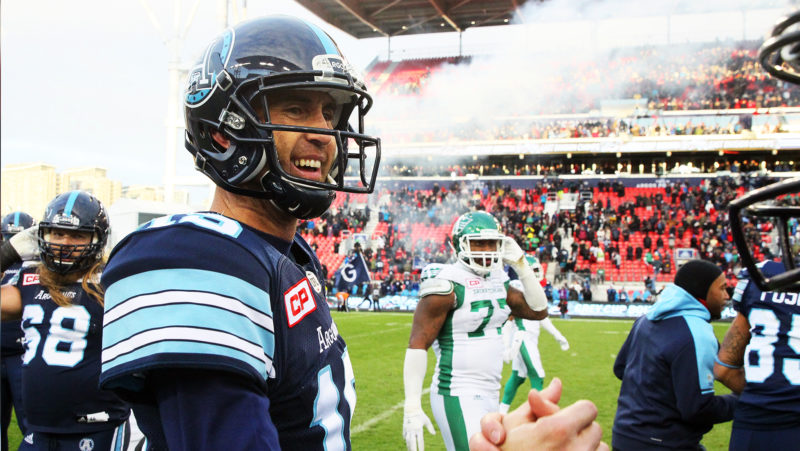 While Argos pivot Ricky Ray has enjoyed the better season, never count out Bo Levi Mitchell, who currently owns the best winning percentage among quarterbacks in CFL history. After a tough second half of the season, Mitchell looked sharp in the Stamps’ Western Final win over Edmonton. Ray, on the other hand, has had an MOP-calibre season with a chance to add the fourth Grey Cup of his career. 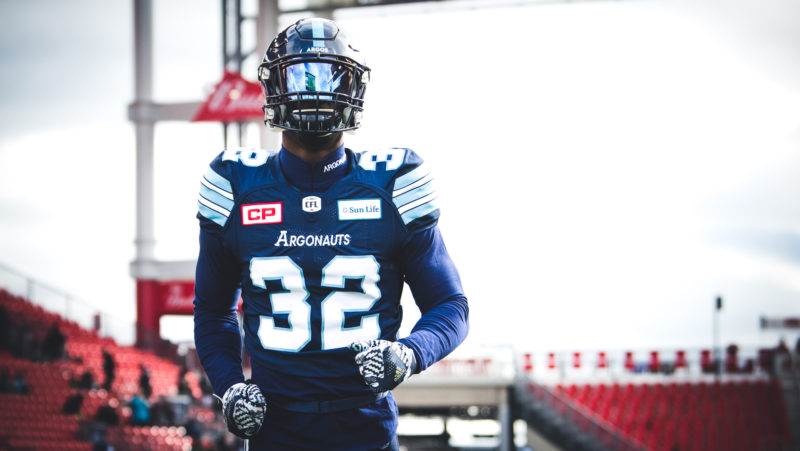 Jerome Messam‘s production has stalled the last six weeks, but adding a new dimension to Calgary’s run game is Roy Finch. Finch gives the Stamps a true speed threat out of their backfield, while Messam still brings plenty of power. As exciting a development this is, the nod goes to James Wilder Jr., who’s been arguably the CFL’s best running back ever since Labour Day. There’s no ceiling too high for the Argos’ rookie running back. 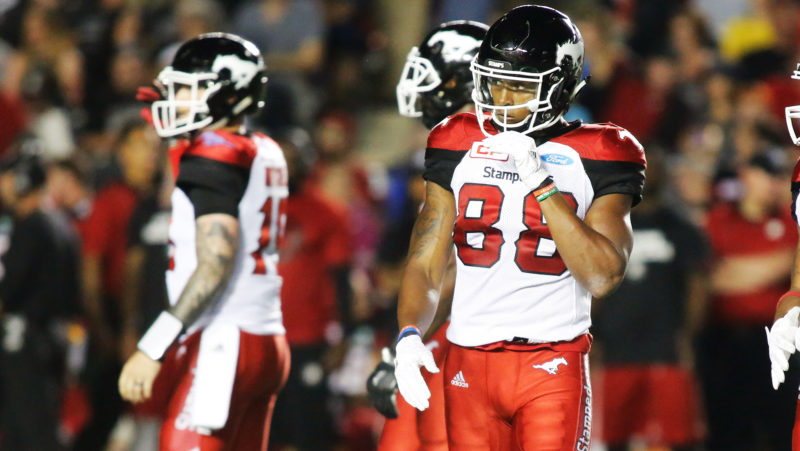 The Argos’ makeshift receiving corps of S.J. Green, DeVier Posey and Armanti Edwards has exceeded expectations in Toronto, especially Green, whose career was once in limbo before being traded for a sixth-round pick. On the other end, Bo Levi Mitchell has a full complement of healthy pass-catchers for the first time this year, which clearly paid off in the Stamps’ win over Edmonton. The Stamps have a tremendous mix of explosiveness and experience. 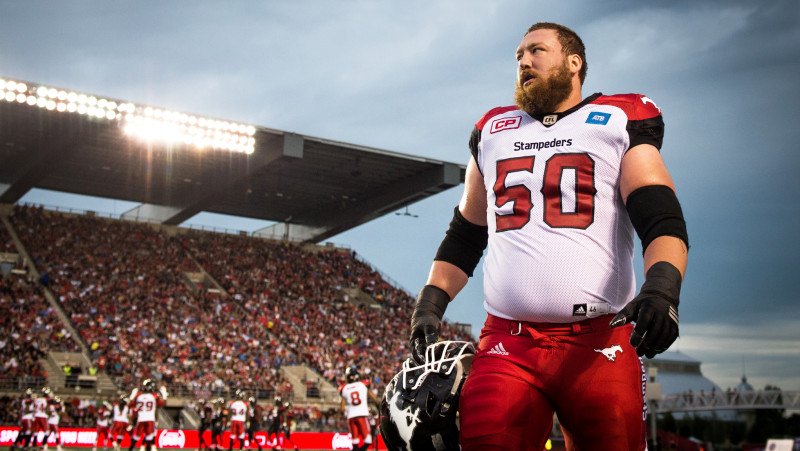 Led by impressive sophomore centre Ucambre Williams, the Stamps’ veteran group allowed the second-fewest sacks in the CFL (30) despite some key departures this season. The Argos’ O-line has done a nice job blocking for James Wilder Jr., especially since Jonathan Himebauch took over the role of offensive line coach. Both units are solid but the Stamps get the edge until proven otherwise. 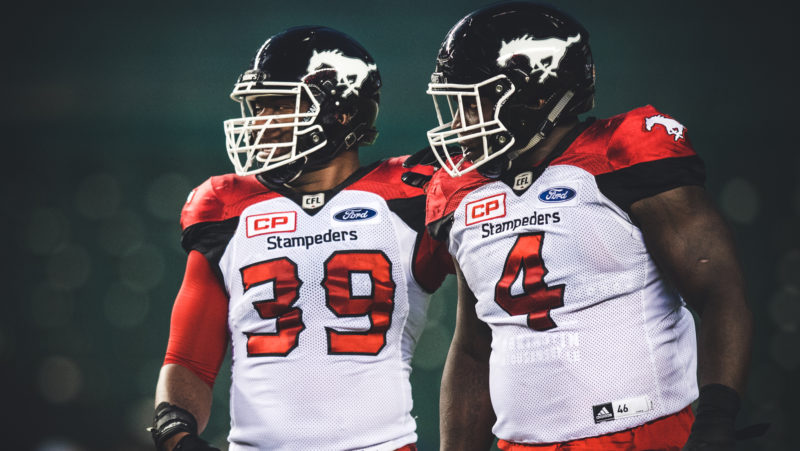 It doesn’t seem to matter who’s on the roster — expect the Stamps’ D-line to get after the QB. What’s more, Cordarro Law and Ja’Gared Davis are getting healthy again, giving DeVone Claybrooks a wealth of options. The Argos aren’t out-matched. They have three East Division All-Stars up front, not including Shawn Lemon, who had eight sacks in 12 games plus three in the Eastern Final. These teams tied for the CFL lead in sacks (50) for a reason. 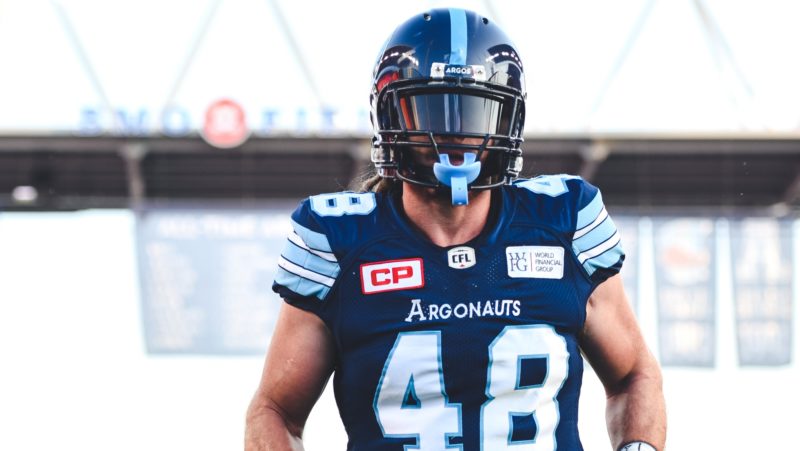 A compelling argument could be made for either side here. Alex Singleton might be the best linebacker in the CFL, while Jameer Thurman has excelled in injured veteran Deron Mayo‘s spot as a rookie. On the other side, Terrence Plummer’s emergence at WILL has allowed the Argos to play Marcus Ball at SAM. Bear Woods is a tackle machine in the middle for the Boatmen while injuries to Calgary’s Shaquille Richardson and Tunde Adeleke could give Toronto an edge. 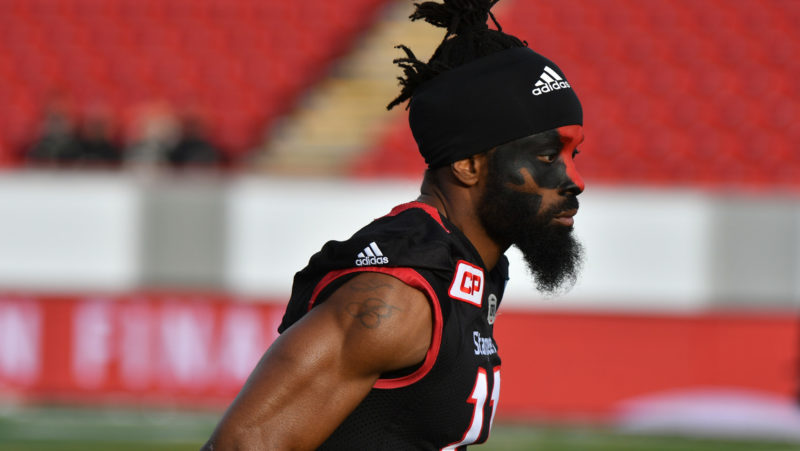 There’s a substantial gap between Calgary’s league-leading pass defence (254.6 yards per game) and the next-closest team, Edmonton. That veteran group that includes Josh Bell, Jamar Wall and Brandon Smith is the best in the business, although the Argos’ secondary, with the late-season addition of Mitchell White, can stand up in man and allow Chamblin to send constant pressure. 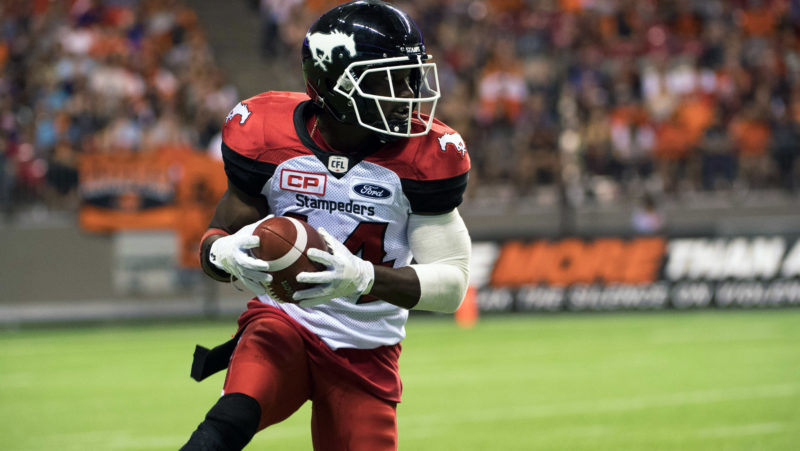 Roy Finch led the CFL in punt return average (16.4 yards per return) and kick return average (26.8 yards), cementing his status as the CFL’s most explosive and consistent return man. Rookie Martese Jackson’s emergence in Toronto is impressive, but he’s also run into fumble problems, coughing up the football six times in 2017 — the most for any non-quarterback. That’s prompted Marc Trestman to use Armanti Edwards in risky situations. 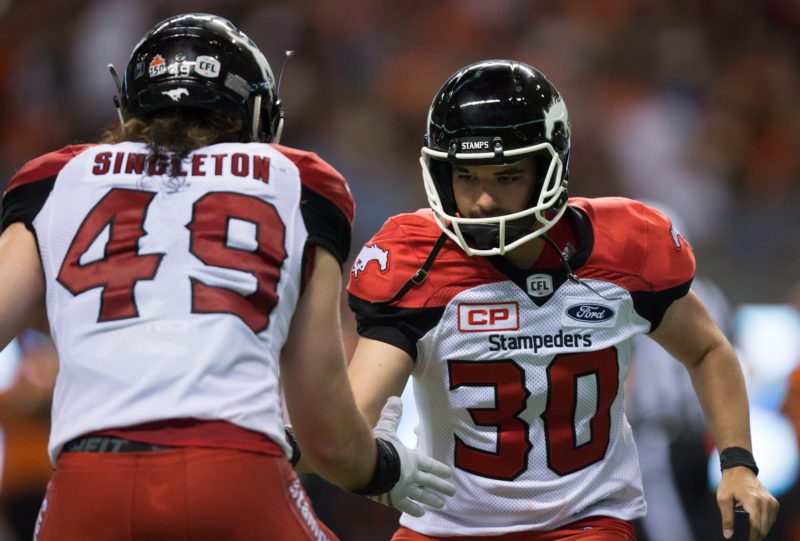 Lirim Hajrullahu had enjoyed a sturdy season for the Boatmen, but no one’s been as consistent as Rene Paredes. The Stamps’ kicker has connected on 53 of 58 tries this season, claiming the title of most accurate kicker in CFL history. What the numbers won’t show is Paredes’ history of making kicks in the clutch.