4,000+ Kids, An Incredible Message, The #BringItIn Rally was AWESOME! 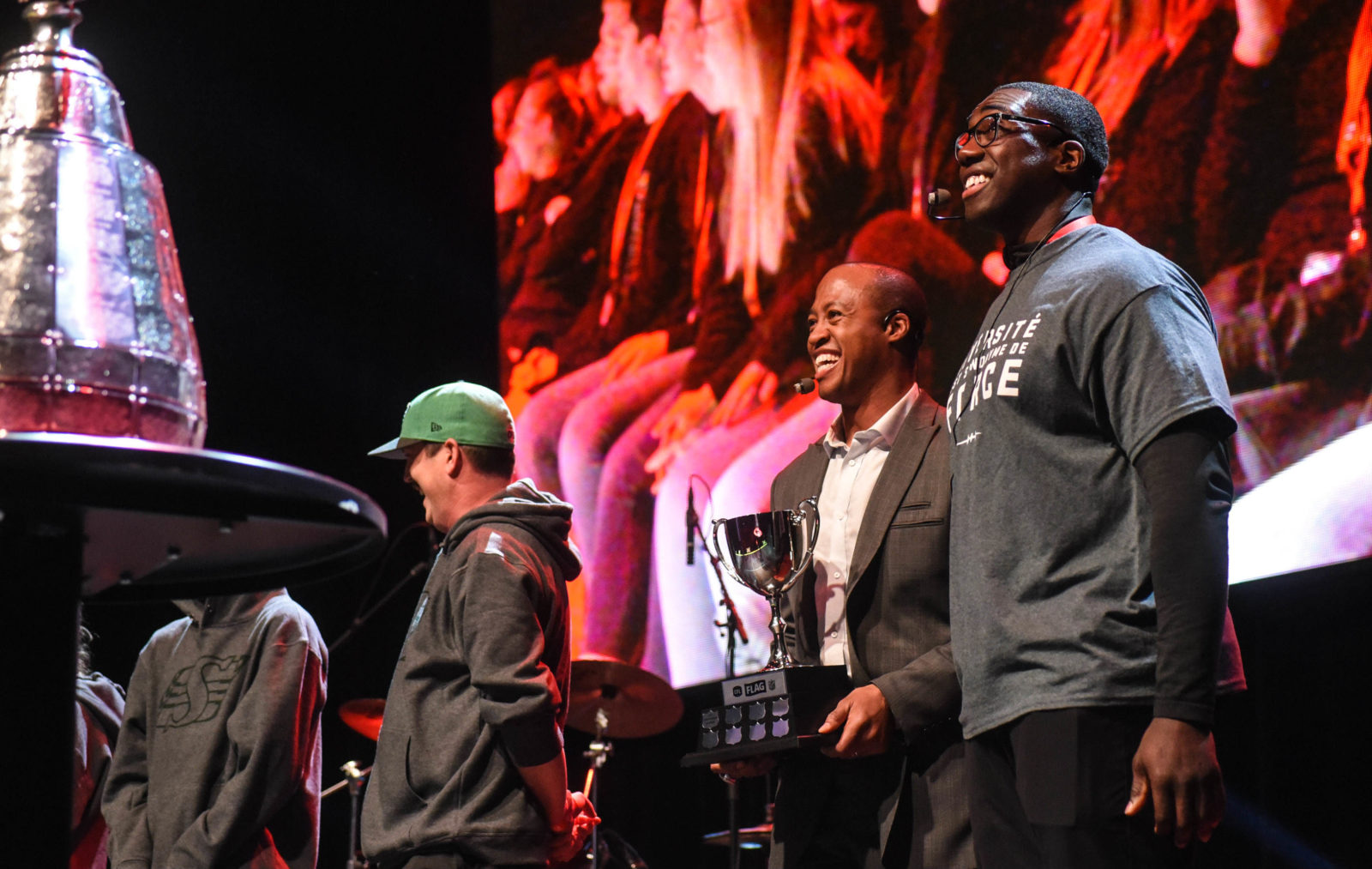 4,000+ Kids, An Incredible Message, The #BringItIn Rally was AWESOME!

As part of the #GreyCup festivities in Ottawa, the REDBLACKS and Grey Cup Festival hosted the first ever #BringItIn Rally at TD Place!  Complete with star studded guest appearances, over 4,000+ kids attended and got to hear incredible messages about diversity, teamwork, the dangers of bullying and the power of inclusiveness.

So excited to be talking to over 4400 kids this morning about how to SERVE their communities at the @GreyCupFestival #BRINGITIN Going to share my experience working with @AutismONT and other organizations during my career in football! @CFL @REDBLACKS

It all started with an awesome rendition of O Canada.

This O Canada tho!

And then the special guests started to arrive…

Huge thanks to all of the kids who left their words of wisdom on our #insportation wall at @TD_Place. pic.twitter.com/3evFjGWAhD

Whirlwind Trip to Ottawa for the @GreyCupFestival #BringItIn Youth Empowerment Day! I can still feel the pulse of 5000+ Ottawa youth! What a day! #BeYou

Everyone in attendance had a blast and what an amazing message!

Kids from our school are at #BringItIn – a 105th Grey Cup Festival event. A friend volunteering for trip texted me: @thehopkins95 on stage. Started football camp for kids with autism. Spoke of kids changing the world. "One hour a week in your community will change the world". https://t.co/VXGVUuFUhu