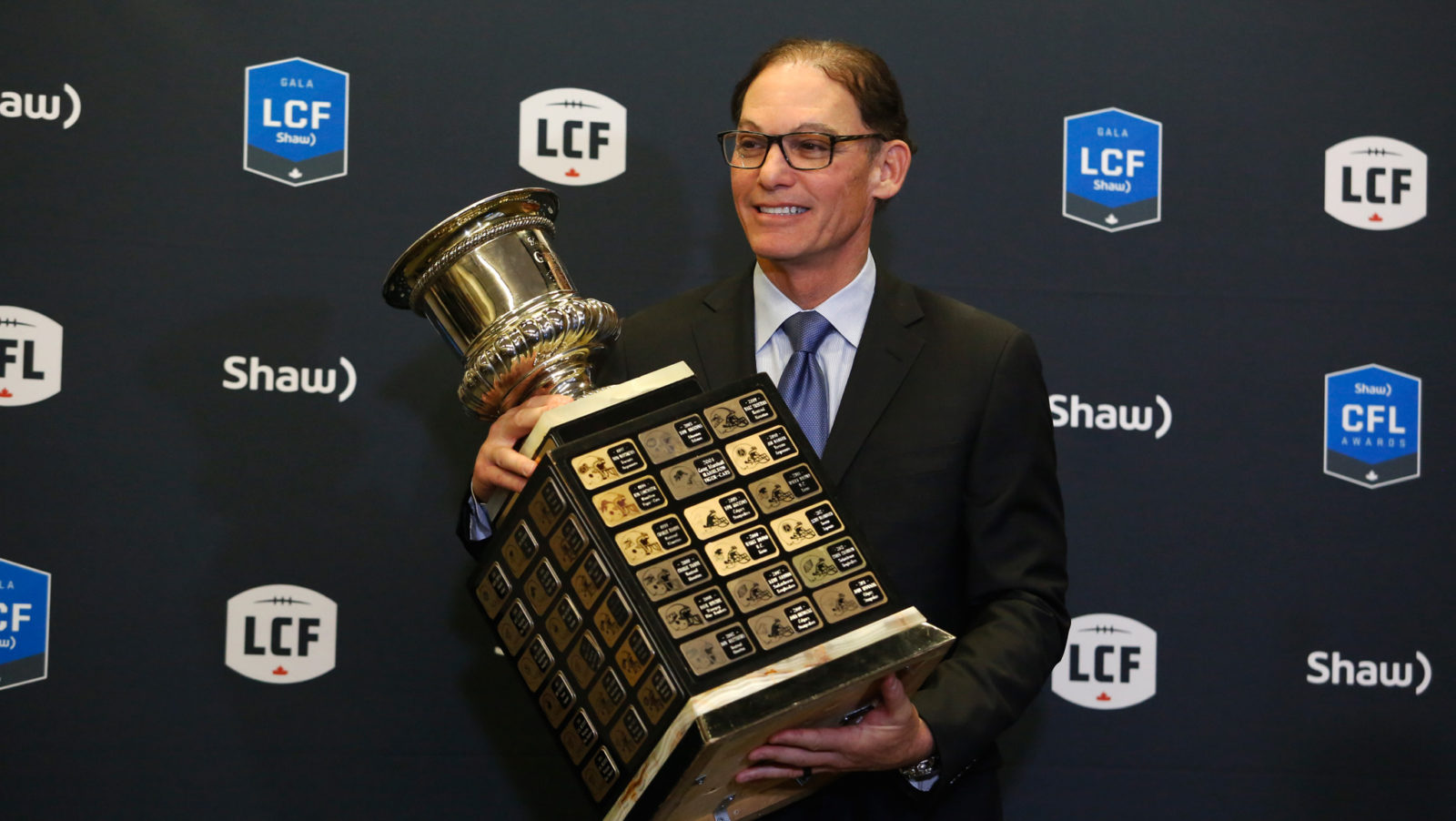 OTTAWA — Marc Trestman took home the Coach of the Year Award on Thursday night at the Shaw CFL Awards after doing what every coach hopes to do when they come to a struggling team – turn them into a winning group that goes to a championship game.

Trestman – who returned to the CFL after being away for four years – did just that with the Toronto Argonauts this season, helping the team from a 5-13 record in 2016 to a trip to the 105th Grey Cup presented by Shaw in his first season back in the league.

The Argos’ head coach was quick to credit his team for the achievement.

“The fact of the matter is, you realize that you can’t do things alone,” said Trestman. “You’ve seen that a lot with players and people that win awards: they thank a lot of people and what happens is, when you win that award, it all of a sudden crystalizes, you realize that it’s not about you.

“It took so many people, so many moments in your life to be able to get you to this time and place.”

Trestman becomes the first Argonaut to win the Annis Stukus Award since 2012 when Scott Milanovich won the award. That year, the Argos went on to win the 100th Grey Cup Championship over the Calgary Stampeders on home turf.

The Argos are hoping for a similar result on Sunday, when they take on the Stamps.

Trestman says the Argos’ success — despite tough odds after taking over so late in the off-season — started with discipline.

“You have to set your mind on the principles that you believe in and go to work and not give into it, because a coach rolls his eyes or a player rolls is eyes, you see it. When you stand up there, you know who’s rolling their eyes. But you don’t care. You’re just relentless.”

This is Trestman’s second honour: He won his first Coach of the Year award in 2009 with the Montreal Alouettes.