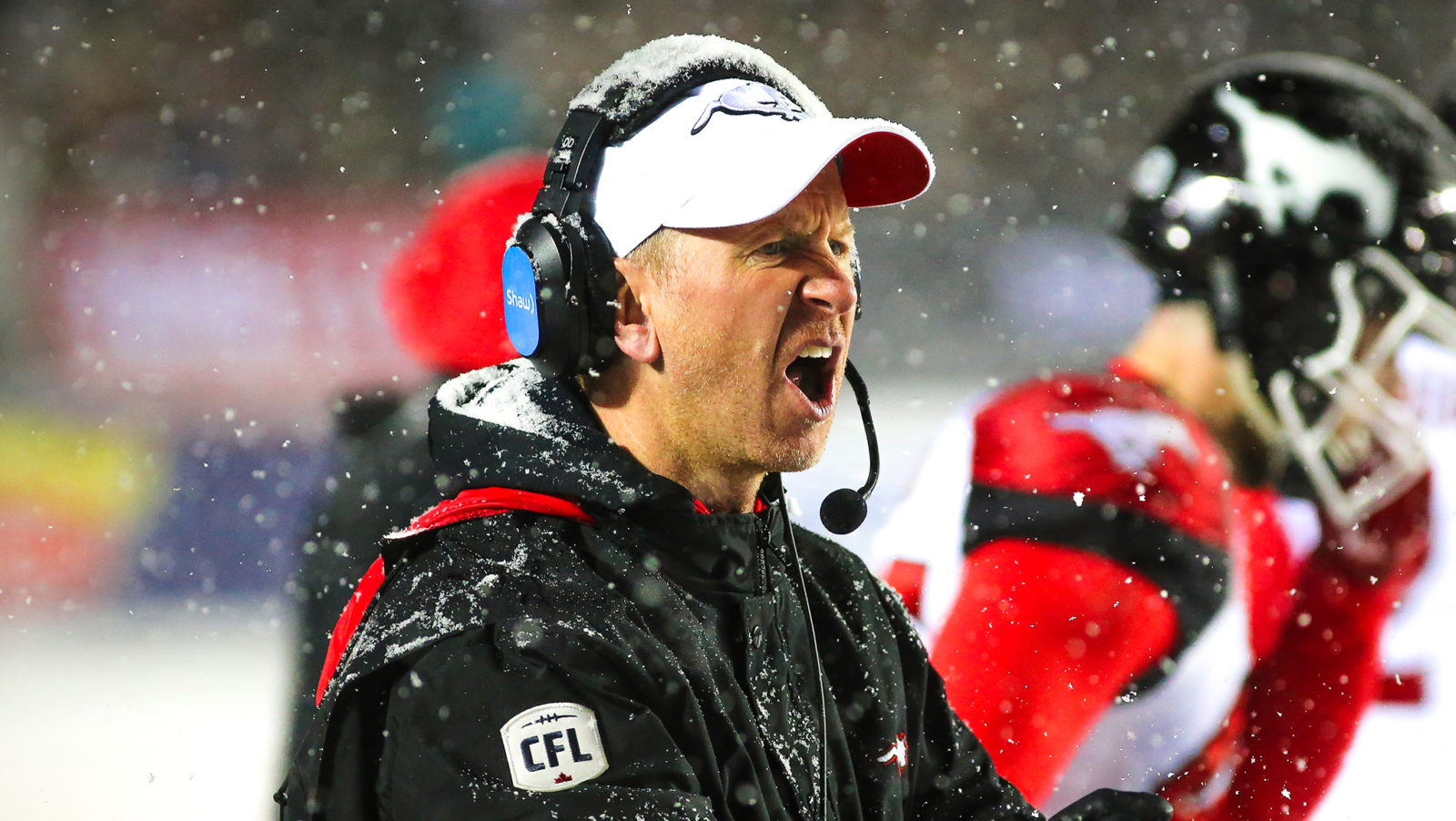 Calgary led 24-16 in the fourth quarter, but a 109-yard Cassius Vaughn fumble-return touchdown brought the Argos level and Lirim Hajrullahu gave Toronto its first lead of the night with just 53 seconds remaining on a field goal.

“(We) couldn’t finish the deal — it’s heart-breaking (and) there’s nothing I can do for our guys,” continued a stunned Dickenson. “Tough loss for our team. We can think what might’ve been, but it just didn’t happen for us.” 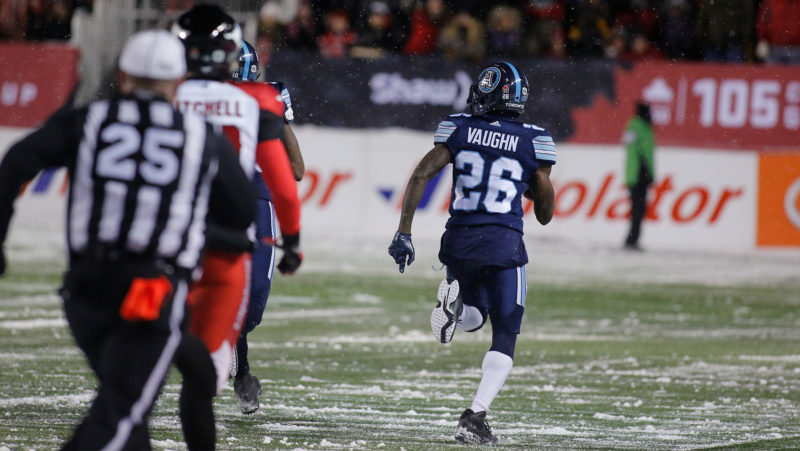 “Every play we call has options to go to the end zone — I don’t know exactly what happened, but the ball didn’t get to where he wanted it to,” said Dickenson. “Didn’t make it, their guy did. No guts, no glory. I’m not saying it was the wrong decision.”

The loss was Calgary’s second in a row on the CFL’s biggest stage and the anguish was evident in Dickenson’s voice.

“We’ve all got family, loved ones, people behind us. We’ve got a great organization, great management,” listed the dejected head coach. “Lots of great things…(we) just can’t seem to find a way to get that ring.”