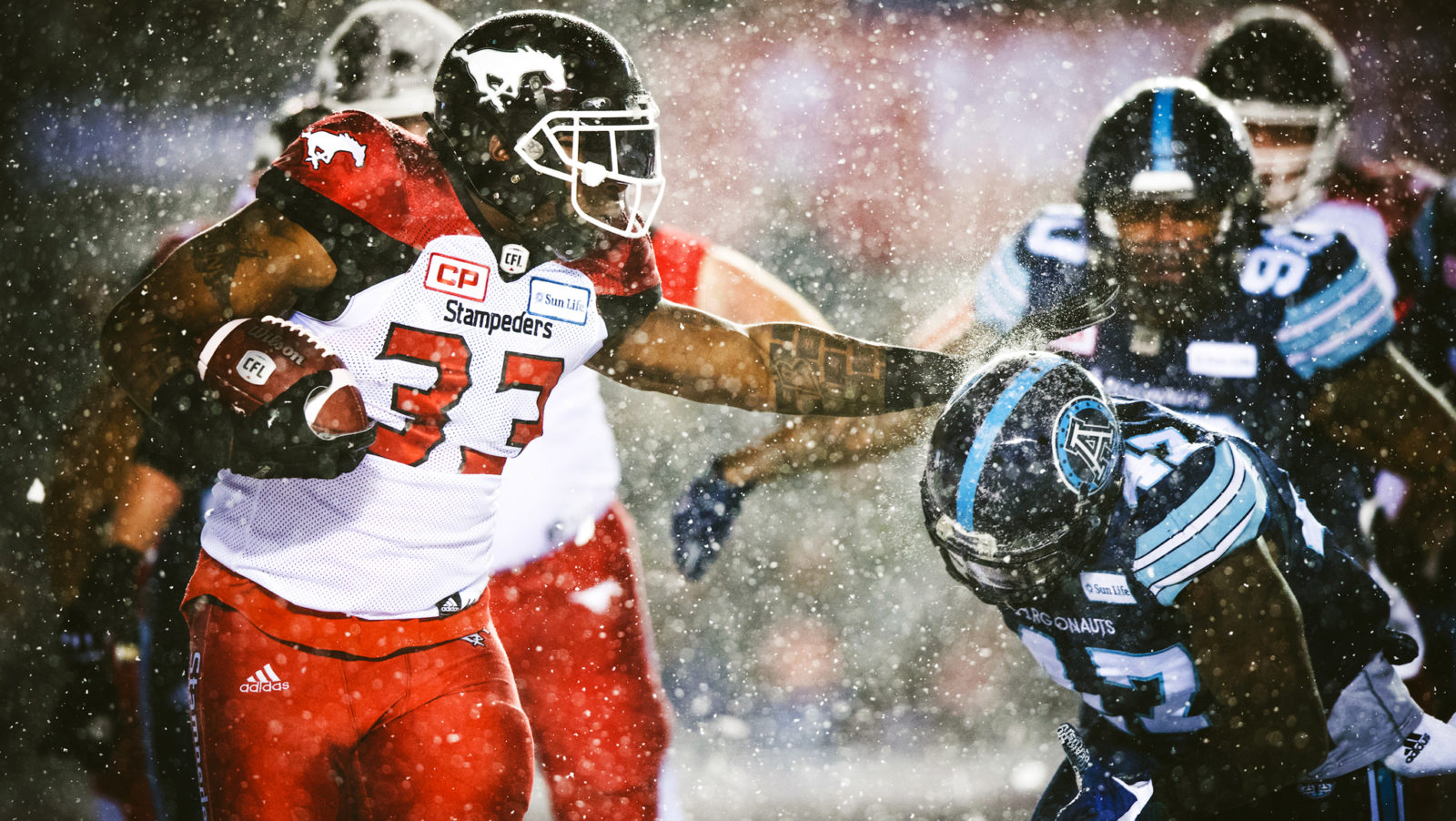 OTTAWA — Jerome Messam has been named the Most Valuable Canadian in the 105th Grey Cup presented by Shaw.

Messam ran for 62 yards on 13 carries and scored two touchdowns, one through the air and one on the ground.

The 32-year-old has enjoyed another strong season for the Red and White, rushing for 1,016 yards and nine touchdowns — the second-most in his career.

The Stamps fell 27-24 to the Toronto Argonauts after an 11-point fourth-quarter point swing.