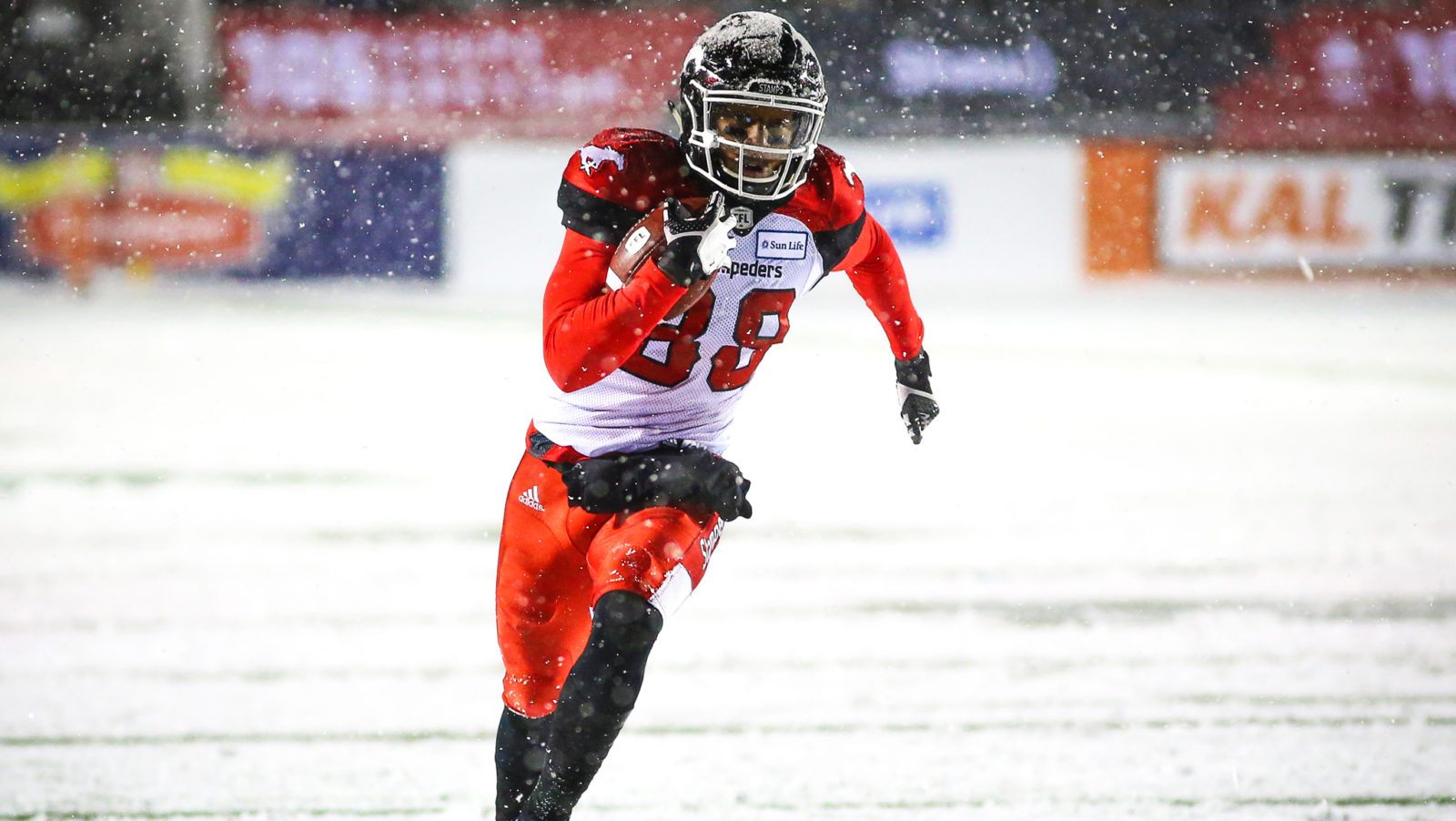 OTTAWA — Kamar Jorden owned his mistake but that wasn’t good enough for at least one of his teammates.

Speaking in a voice barely above a whisper in a dressing room seething with emotion, the Calgary Stampeders slotback took the blame for the fumble that put the Toronto Argonauts on track for a 27-24 victory in Sunday’s 105th Grey Cup presented by Shaw.

“The fumble was a big-time fumble,” said Jorden. “I cost this team the game.”

Many Stampeders came to Jorden’s defence.

“I know he will kick himself for it and everything, but we love him,” said quarterback Bo Levi Mitchell. “It’s not on that one play.”

“It’s a stupid play,” spat McDaniel. “We talked all game about putting two hands on the ball. What are you doing?

The play happened with under six minutes left in the game. Calgary was ahead 24-16 and threatening to score a touchdown that would have sealed the victory.

Playing in a steady snowfall, the Stampeders had a first down on the Toronto seven-yard line. Jorden caught a pass in the flat but as he turned toward the end zone Argo safety Jermaine Gabriel stripped the ball. Halfback Cassius Vaughn scooped it up at the one and returned it all the way for a touchdown. The 109-yard ramble set a Grey Cup record.

The Argos were good on a two-point convert which tied the score 24-24.

Toronto would take the lead 27-24 on a 32-yard Lirim Hajrullahu field goal with 53 seconds left. 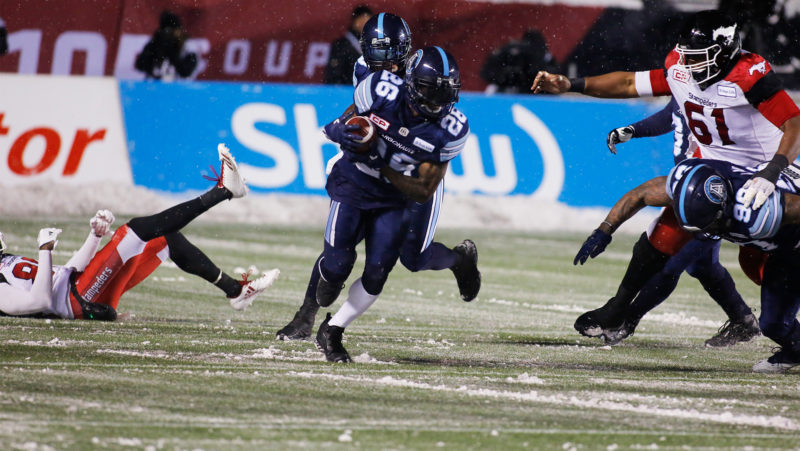 It would have been easy for Jorden to hide after the game or refuse to talk. Instead the 28 year-old faced the media and patiently answered questions.

“On a play like that, in a position like that on the field, I just had to be smart with the ball,” he said. “I should have two hands on it. I let it get away from me. In weather like that, in conditions like that, you’ve got to be able to hold the ball . . . (to put) your team in a position to win a game. I didn’t do that.

“We were in a position to win the game. It hurts man. It sucks.”

The Stampeders still had a chance to win when they got the ball back with 49 seconds remaining. On a second-and-10 from the Calgary 43 Jorden made a diving, finger-tip catch for a 37-yard gain to put Calgary in field-goal range on the Toronto 30. Two plays later Mitchell threw an interception and the game was over.

Jorden gave Calgary an early lead, turning a third-and-three gamble into a 33-yard touchdown in the first quarter. He finished the game as Calgary’s leading receiver with 117 yards and the touchdown on six catches. 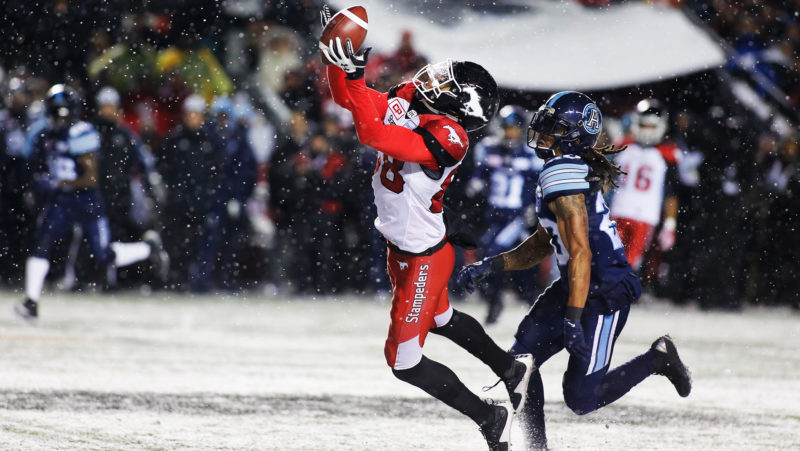 Despite the late fumble, Jorden finished the game as Calgary’s top receiver with 117 yards. (Patrick Doyle/CFL.ca)

Mitchell, who finished the night completing 33 of 45 passes for 373 yards, two touchdowns and an interception, said Jorden did a lot of things right during the game.

“I think he had a hell of a game,” said Mitchell. “I think he balled out all game. I think he was locked in.

Other players rallied to Jorden’s defence.

“I’m not going to blame it on him,” said middle linebacker Alex Singleton. “It is what it is.

“We didn’t have any turnovers on defence. They did. They won.”

Veteran safety Joshua Bell said a lot of factors contributed to the loss.

“But if anybody had a mistake on any play, that helped give us our loss.”

“Stupid football lost this game,” he said. “It was just a dump play. It changed the whole game.”

The loss was a body blow for a Stampeder team that was looking for redemption after last year’s upset loss to the Ottawa REDBLACKS.

Calgary went into last year’s Grey Cup heavy favourites after finishing first in the regular season with a 15-2-1 record. They were stunned 39-33 in overtime by Ottawa in quarterback Henry Burris’s swan song.

The Stampeders finished first overall again this year with a 13-4-1 record but once again couldn’t win the most important game of the year.