Recapping a record-breaking night in the nation’s capital 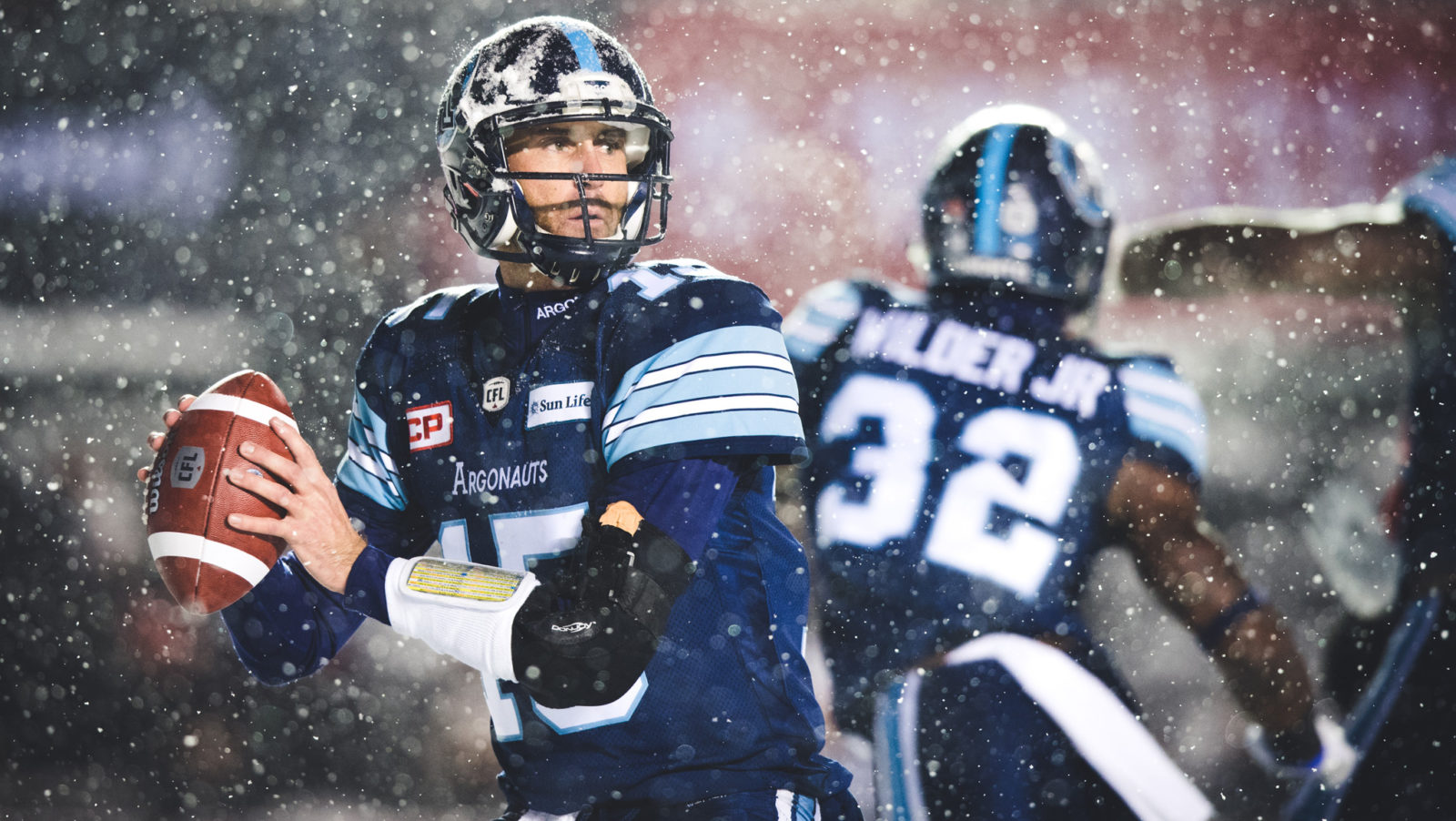 Recapping a record-breaking night in the nation’s capital

OTTAWA — It was a night of several firsts on Sunday night in the nation’s capital, as the Toronto Argonauts scored 11 late points to stun the Calgary Stampeders.

The effort helped the Argos capture the 105th Grey Cup presented by Shaw, capping off a Cinderella season — the first with Marc Trestman and Jim Popp at the helm.

Here are a handful of noteworthy records or milestones notched during the game:

With a 4-1 record in five opportunities, Ray passed a handful of quarterbacks by securing his fourth Grey Cup Championship.

The 38-year-old has won two with the Eskimos and two with the Argos, passing names like Anthony Calvillo and Warren Moon as the winningest all-time on the big stage.

With his 100-yard touchdown pass to DeVier Posey in the second quarter, Ray notched the ninth passing score of his Grey Cup career, tying Anthony Calvillo for the all-time lead.

Ray had a chance to break the record on Sunday night, but his first-down pass from the two-yard-line fell just short of an open James Wilder Jr. in the end zone.

With the Argos down a touchdown, Ricky Ray faced a second-down play from his own 10-yard-line on the opening play of the second quarter. Posey ran a go route and lost his footing, but after regaining his balance was able to beat the defender for what would turn out to be a 100-yard catch-and-run touchdown.

The Argos’ sophomore receiver and former NFL third round pick certainly made his mark on Grey Cup history.

Speaking of long, Vaughn’s 109-yard run to the end zone went even further than Posey’s score, setting a new Grey Cup record on the defensive side of the ball.

The significance of Vaughn’s run back can’t be described by the numbers. On that play, the Stampeders had a first-and-goal from the eight and may have put the game out of reach with a field goal. Kamar Jorden had the ball punched loose and Vaughn picked it up in full sprint, evading a defender and running the distance.

That made at least a 10-point swing, helping the Argos eventually win the game after Lirim Hajrullahu‘s game-winning field goal.

5. The Argos are the first team ever with two touchdowns of 100-plus yards in a Grey Cup

The Boatmen were doubled in first downs and dominated throughout most of the stat sheet — yet two key plays made all the difference in the football game.

Without the 109-yard touchdown by Cassius Vaughn and the 100-yard score by DeVier Posey, Toronto may not have come close to beating the Stamps.

Vaughn and Posey will go down in Grey Cup history, not just because of the magnitude of their plays but the historical significance. No team has ever recorded multiple touchdowns of 100-plus yards in a Grey Cup.

6. The Stampeders lost for the first time this year when leading at halftime

Going into Sunday’s matchup, the Stampeders were a perfect 12-0 when leading at halftime in 2017. Up by two scores at the break, it seemed like that streak would remain intact.

The Argos struck on the opening drive of the second half, going the distance and finishing with a two-yard touchdown by James Wilder Jr., cutting the deficit to one point.

It was a one-possession game from there on out, with the Argos standing on top of the Grey Cup mountain when the clock struck zero.

There were fewer than six minutes remaining when the Argos turned the tides in the Grey Cup, forcing a fumble near their own goal line and returning it 109 yards for the game-tying touchdown.

The way it happened will go down in Grey Cup lore, but the numbers are impressive as well, making the third-biggest fourth-quarter comeback in the history of the big game.

8. The game-winning drive was the 43rd of Ricky Ray’s career

It’s not a first, nor is it a Grey Cup record, but it’s impressive nonetheless.

Two weeks in a row Ricky Ray has engineered a game-winning drive, putting the team on his shoulders in late-game situations.

Moments like these, late in the game with no room for error, are what will define Ray’s Hall of Fame career.