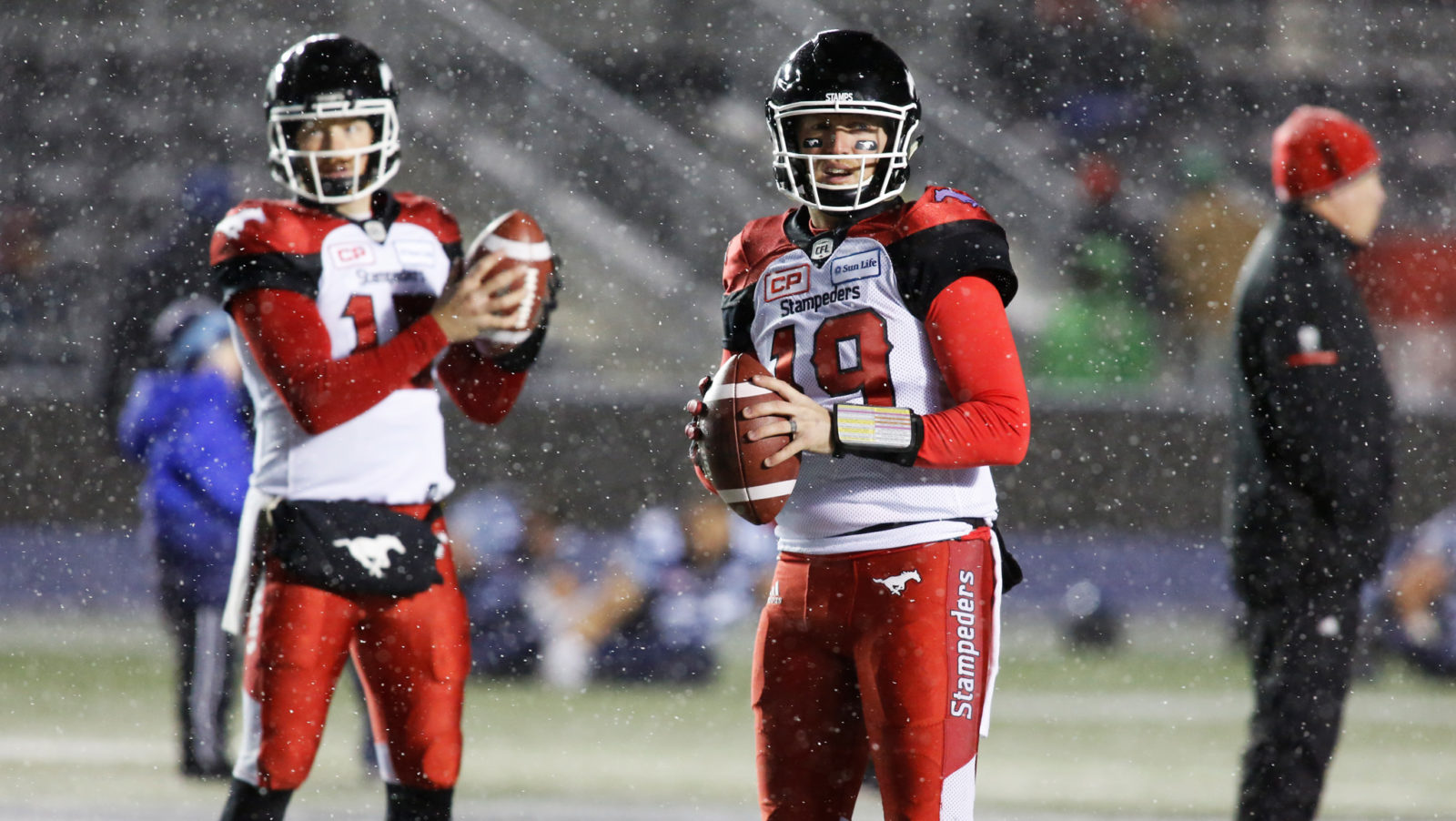 CALGARY — Bo Levi Mitchell will have his injured throwing shoulder re-evaluated now that the season’s over, although the Stampeders quarterback says it didn’t affect in games this year.

Mitchell addressed the media on Tuesday, two days after the team’s 27-24 Grey Cup loss to the Toronto Argonauts on Sunday at Ottawa’s TD Place.

“We just got out of our exit meeting with the physicals and they want to re-image everything, they’ll use a dye to check on tears and things like that,” said Mitchell. “We think there’s something in there going on, but we’re going to figure it out.

“Some of the muscles are frayed, so small, small tears,” he added. “Towards the end of the season I started to feel pretty damn good. We felt pretty positive about it not being a big tear or anything. I’ll just go get it looked at.”

RELATED:
» Cauz: Can anyone make sense of Sunday’s shocker?
» Mitchell: No regrets on late-game interception
» Landry: 5 takeaways from the 105th Grey Cup

This season, his sixth in the league, Mitchell threw for 4,700 yards, 23 touchdowns and 11 interceptions, leading the Stampeders to a league-best 13-4-1 record.

In the third Grey Cup appearance of his career, the Katy, Texas native threw for 373 yards on 33-of-45 passing with two touchdowns and one interception.

Mitchell added that he felt the team handled his injury well throughout the season.

“Basically, the word we used earlier in the season was fraying in the shoulder, which, I guess like my jeans, they call it frayed jeans or what not,” he said. “But It didn’t affect me in the games or anything. I thought it was smart the way Dave allowed me to handle it throughout the course of the end of the season and I appreciate that.”