Did you wonder why DeVier Posey dove after his 100-yard TD?: We have the answer. 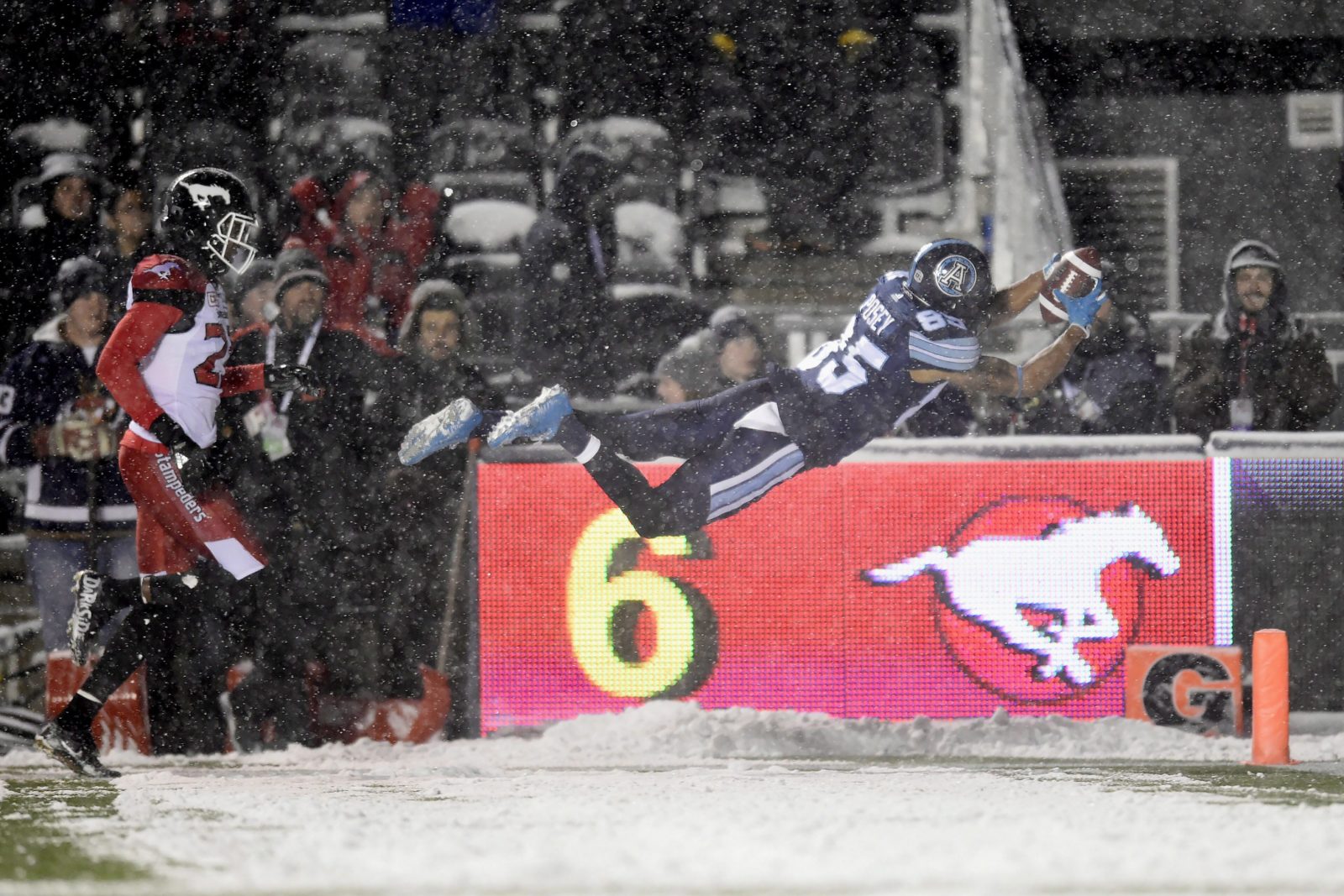 Did you wonder why DeVier Posey dove after his 100-yard TD?: We have the answer.

Toronto Argonauts wide receiver DeVier Posey (85) dives into the end zone for a touchdown during first half CFL football action against the Calgary Stampeders in the 105th Grey Cup on Sunday November 26, 2017 in Ottawa. THE CANADIAN PRESS/Nathan Denette

As you certainly know by now, DeVier Posey now claims the longest play in Grey Cup history with his 100-yard reception from Ricky Ray in the first half of the 105th Grey Cup presented by Shaw.

Well, right as he reached the goal line he dove into the endzone.  Was he tired? Was he worried about being caught? Well we finally have our answer and it’s incredible…

Na I wanted a full body lay out pic in the snow for the Cup win https://t.co/zUojTwSpkR

Yup, he just wanted that sweet lay out pic… Well, he fished his wish.

And snagged an MVP to go with it…