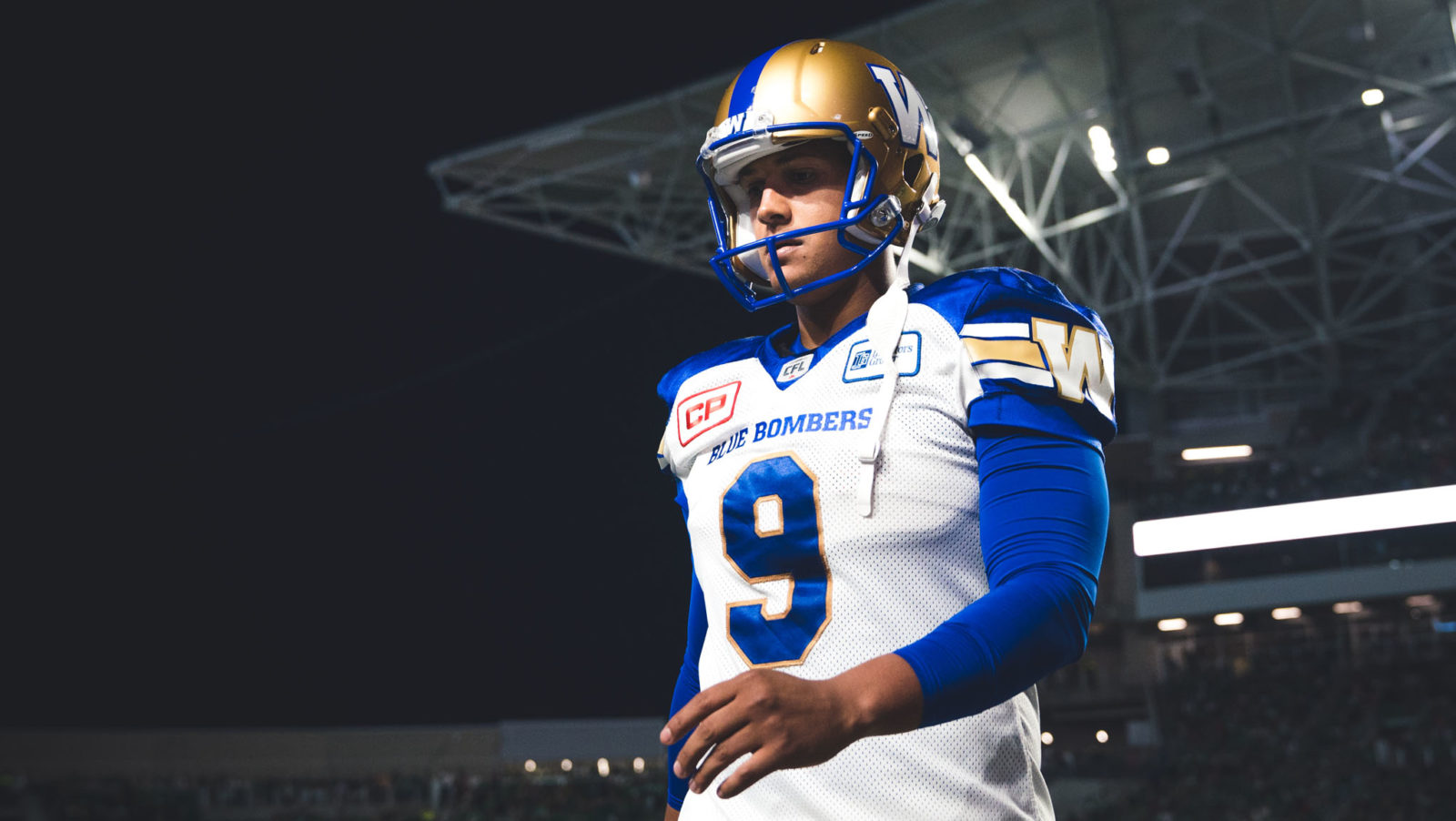 When he spoke with reporters on November 13, Justin Medlock seemed unsure about his future.

The Winnipeg Blue Bombers’ kicker was down about his team’s Western Semi-Final loss to the Edmonton Eskimos.

As he cleaned out his locker, he wondered if he might have been done with the game. 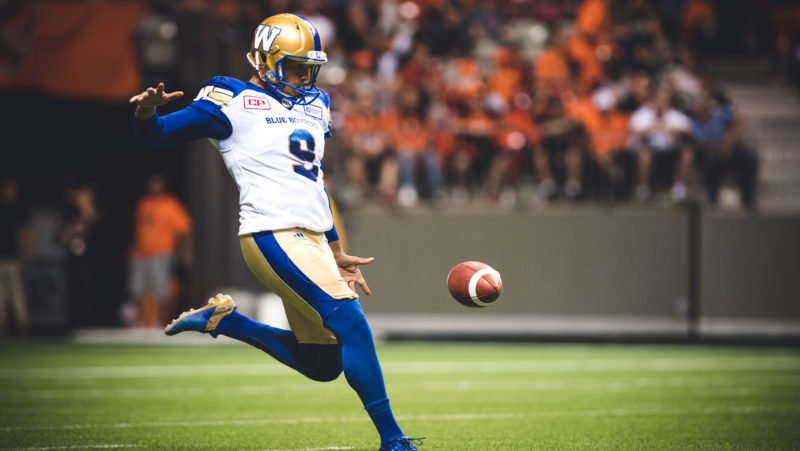 Medlock will rejoin the Bombers next season after signing a contract extension this week (Johany Jutra/CFL.ca)

A couple of hours before the CFL released its list of pending 2018 free-agents, Medlock and Bombers GM Kyle Walters worked together to take his name off that list. He signed a one-year extension with the team Thursday morning.

Medlock, 34, had a job offer in the middle of last season to go into the medical sales field. It was something that his head coach, Mike O’Shea had pursued when he retired as a player after the 2008 season. While Medlock evaluated his future, he spoke with O’Shea about that job, what it was like and the opportunity presently in front of him with the Bombers.

“He kind of gave me a little bit of what his experience was like,” Medlock said in a conference call. “He told me, ‘You love football. Go out there and give it your best and try to play a little longer. We need you back here. I don’t think you should give it up right now.’

“I got to thinking about it and I thought I can work down the road and now I want to play some football and I want to do better.”

Medlock led the league in kickoff yards, with 5,708 and his 66.4 yard average was second in the league. He made 56 of 70 field goals and had a league-best six makes from 50 yards or further. He’s led the league in scoring in his two years in Winnipeg. Still, he thinks of a slump that he went through this season, thinks about a mid-season injury that didn’t cost him games but ate into prep time and he wants more.

“I think last year was in my opinion so hot and cold,” he said. “I thought there were some things I did really good last year, too. You can’t just think about the negatives you have to think about them both, positives and negatives.

“I just wanted to come back and try to do a little better this year.”

Over the last two weeks, Medlock said he wanted to make sure the feeling would be mutual with the organization upon his return. He got that assurance from the Bombers and signed a one-year deal in light of the collective bargaining agreement, not because he’s on a year-by-year evaluation in his career. 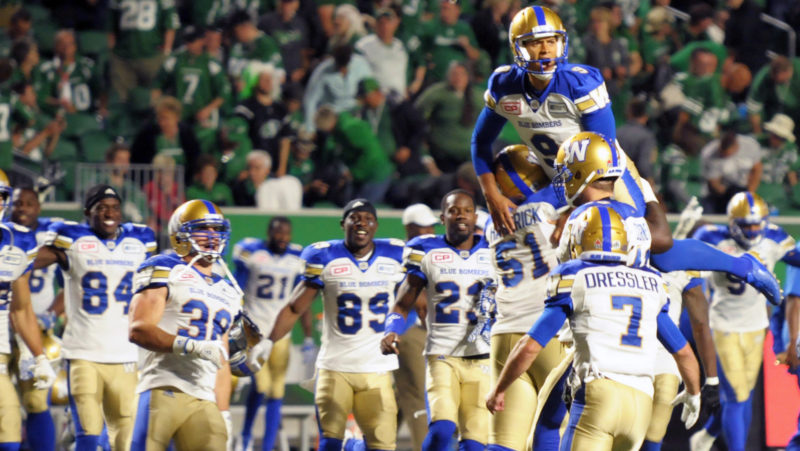 “Simply put, Justin is one of the best to ever do it and is a significant part of our team’s success,” Walters said in a press release. “He’s been at the very top of his craft, hit a rough patch for a few weeks this past season, but rebounded back to his normal self quickly.

“That’s what pros do, and he is without question one of the elite professionals in our league. This was a big one for us, and we were able to make it work, so we’re very happy with today’s news.”

The upside of having their season end earlier than they wanted it to is that Walters has been busy the last two weeks, re-signing pending free agents. Medlock joins offensive linemen Paddy Neufeld and Jermarcus Hardrick, defensive back Derek Jones and running back Timothy Flanders as players that had no interest in exploring February’s free-agency period.

Medlock will head into his 12th season as a professional and his eighth in the CFL. As part of a 12-win team this past season, he sees a Grey Cup that’s eluded him his entire career in the distance.

“I’ve always said you have to play your best football at the end of the year. That’s what we’ve got to try to strive to accomplish…and if we can do that I think we could bring a Grey Cup to Winnipeg.”