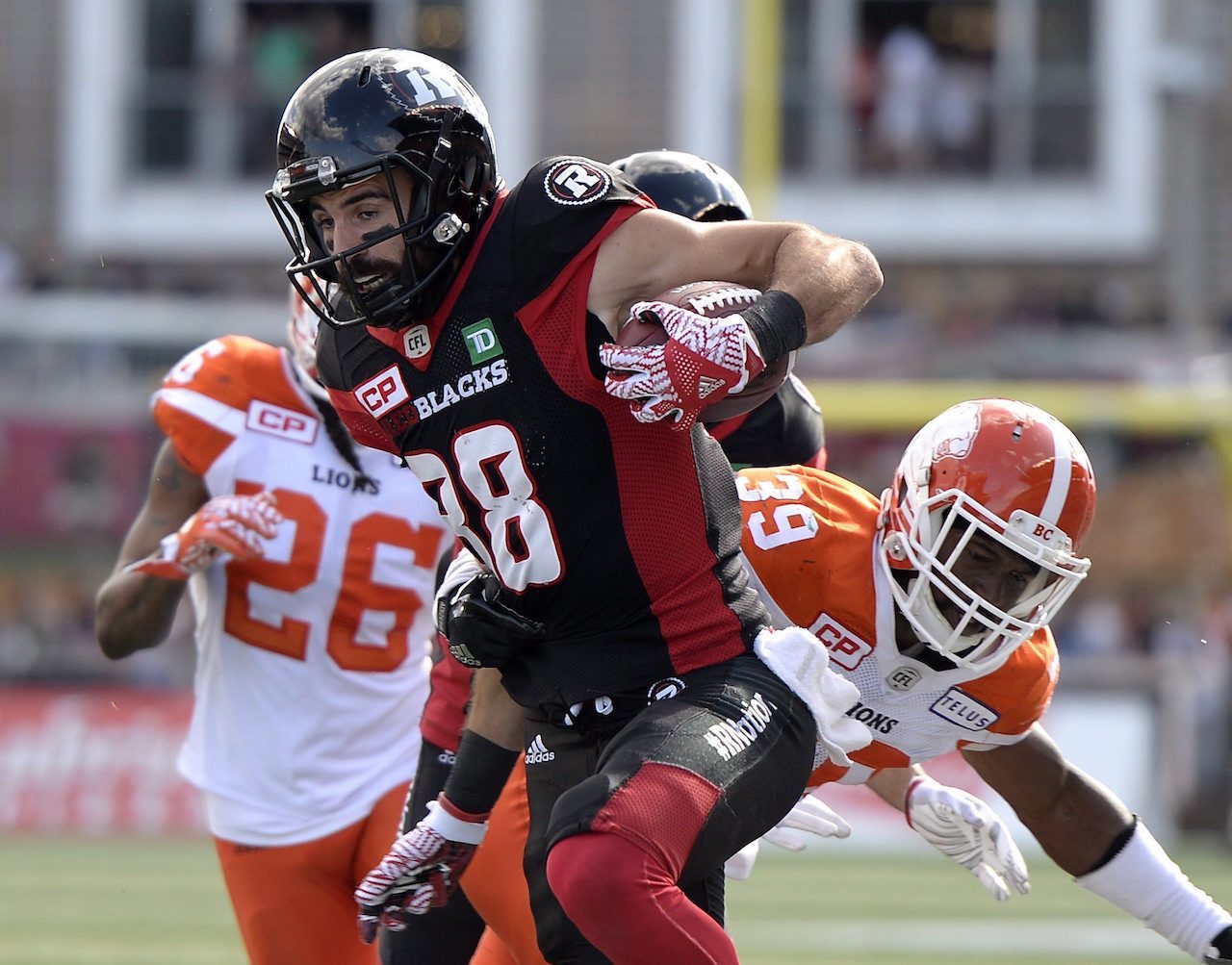 Sinopoli is coming off three consecutive seasons with at least 1,000 receiving yards and was a key piece of Ottawa’s Grey Cup Championship in 2016 in which he was named Most Valuable Canadian.

“Brad has been a big part of this team both on and off the field since he came here and we’re looking forward to having him back,” said REDBLACKS GM Marcel Desjardins. “We could not envision heading into the 2018 season without Brad Sinopoli.”

Sinopoli’s career started out as a quarterback with the Calgary Stampeders. After a four-year career throwing the ball for the University of Ottawa Gee-Gees, the 6-foot-4, 215-pound prospect was picked in the fourth round, 29th overall.

After two seasons with the Stamps, Sinopoli converted to receiver, hauling in 34 passes for 417 yards in 2013. He scored his first career receiving touchdown in 2014 with the Stamps, then moved to Ottawa as a receiver the following off-season.

In Sinopoli’s first year in the nation’s capital, 2015, the Peterborough, Ont. emerged as one of the CFL’s premier national receivers. He instantly meshed with one of the league’s most dynamic receiving corps, which included Chris Williams, Ernest Jackson and Greg Ellingson, helping the REDBLACKS reach their first of two straight Grey Cup appearances.

A year after his team fell to the Eskimos in the Grey Cup, Sinopoli raised the prestigious trophy after helping the REDBLACKS pull off one of the biggest upsets of all-time, a 39-33 overtime win over the Calgary Stampeders.

In a 2017 season cut short by injury, Sinopoli had 91 catches for 1,009 yards and three touchdowns, earning East Division Most Outstanding Canadian for his efforts.