The transition has begun in BC but how will it unfold? 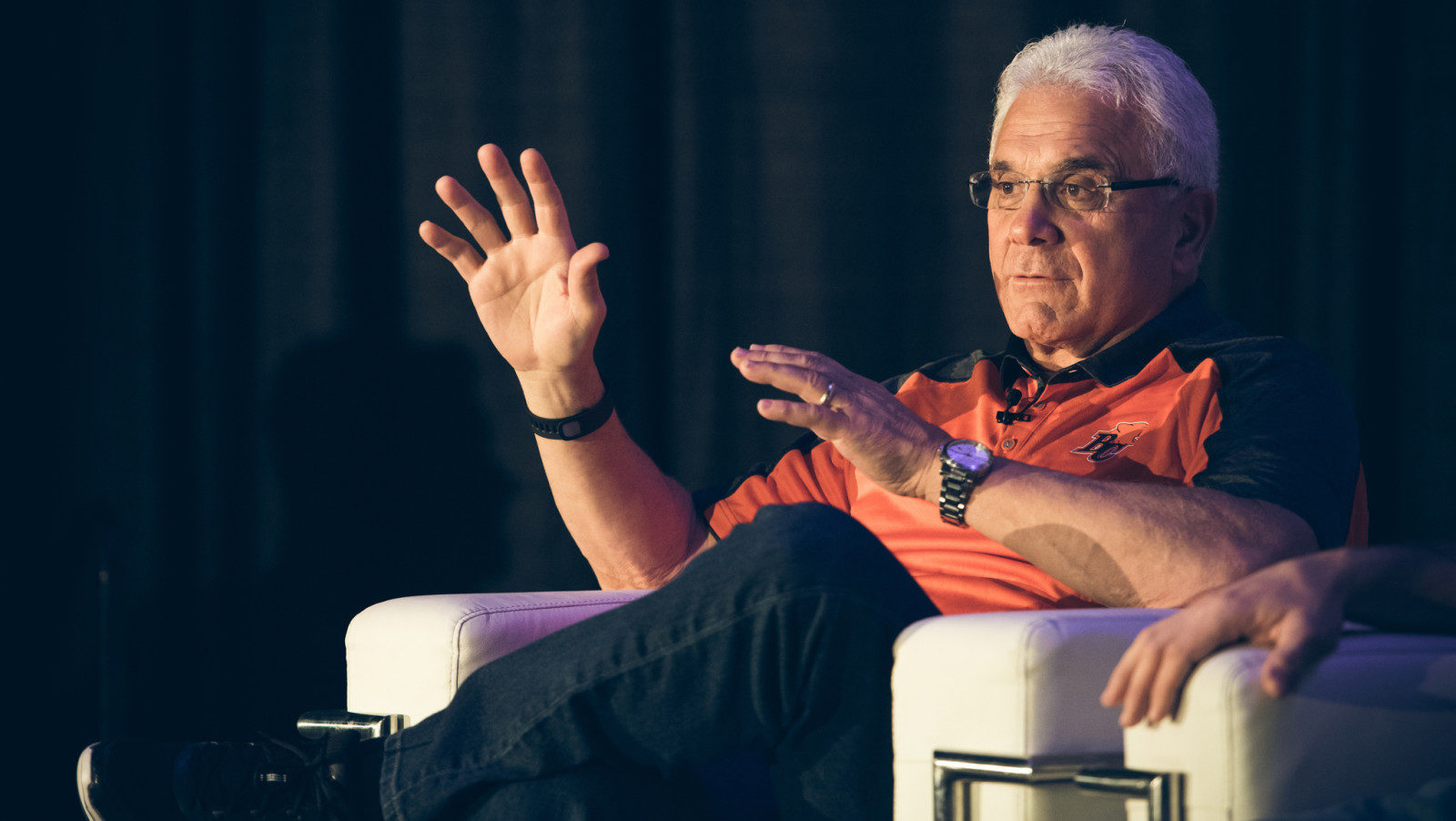 The transition has begun in BC but how will it unfold?

The old general manager will continue as head coach of the B.C. Lions for one more season.

The new general manager says he wouldn’t have taken the job unless the old coach stayed. The current vice-president of football operations says the new GM can fire the coach, but it would be the owner’s decision to fire the general manager.

Such is the new reality of the BC Lions. How will it all unfold? Check in at this time next year.

Wally Buono announced Thursday he is stepping down as the CFL team’s general manager to concentrate solely on coaching for one final season.

Taking over as GM will be Ed Hervey, who spent 18 years with the Edmonton Eskimos as a player, scout and general manager. Buono will maintain his role as vice-president of football operations.

In short, some things will remain the same for the Leos but there also will be a lot of differences this year.

“The announcement is all part of the next big step for the BC Lions,” Buono, who has won more games than any other CFL coach, said in introducing Hervey.

“We believe he will be a tremendous asset to our football club. He will be, I think, a fresh face, a fresh mind and also has the wherewithal to help this football club improve.”

The hiring of Hervey creates many questions.

How will the relationship work between Buono and Hervey? Will Buono be content to let someone else make big picture decisions? What sway will

Hervey have, if any, over Buono?

If Hervey said he wouldn’t have taken the job if he had any reservations.

“I have said many times in the last few weeks, if I was going to take an opportunity it had to be the right one,” he said. “I wasn’t going to accept the position simply because of taking a job.

“It had to be something that was good for me and good for the people I work with.”

Buono’s future had been in question since the Lions finished a disappointing 7-11 this season and missed the playoffs for the first time since 1996.

“This team is not far off, this team does not need a major overhaul,” said the 44-year-old Houston, Tex., native. “It just needs a tweak here and there. If you are going to tweak things, why would I remove the head coach?

“I believe Wally is a great head coach. I don’t think I would have made the commitment to come here if he wouldn’t commit to being the head coach.”

Hervey was asked about working in Buono’s shadow. The question irritated Buono.

“This is not going to work if you continually want to cast my shadow,” Buono snapped at the media. “I am doing this because I want to coach.

“I want to coach a football team I still believe in.”

Hervey called Buono a valuable resource any GM would want.

“I can learn from one of the greatests in the game,” he said. “I believe coach Buono gives this team, our team, the best opportunity to success.”
Buono made it clear that 2018 will be his final season with the Lions.

A decision on the rest of the Lions coaching staff will be made in the coming weeks.

For most of his 23 years with Calgary and BC, Buono held the duo role of coach and general manager. He’s come to change his opinion on whether one person can perform both tasks in the modern CFL.

“I’ve always believed the general manager and head coach could be one person,” he said. “I’m not sure today I believe that anymore.

“The reason is, the complexity of the CFL in building our team has changed dramatically. The procuring of players, the business of football, is a lot more complicated and a lot more complex and probably a lot more hands-on today than its ever been.” 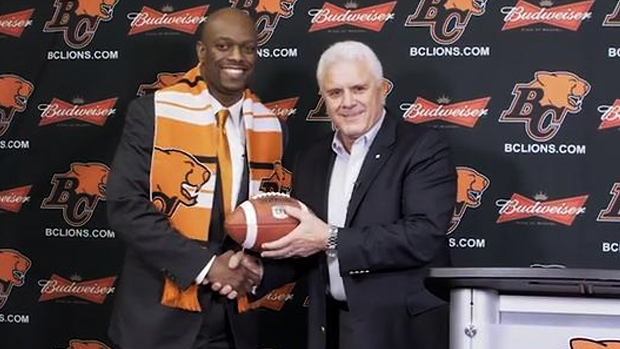 “This team is not far off, this team does not need a major overhaul. It just needs a tweak here and there.”

In the Western Division only Chris Jones of the Saskatchewan Roughriders holds the title as coach and general manager.

Buono wanted to maintain the role as team vice-president to assist in the relationship between Hervey and owner David Braley.

“David is comfortable in dealing with me,” said Buono. “He has to now also start building a relationship with Ed.”

Dennis Skulsky retired as team president in January. No one was hired to replace him.

Speculation through the season was Braley would sell the team over the winter. Buono has said Braley has told him he plans to maintain ownership of the team through 2018.

Hervey is focused on the present rather than what might happen in the future under potential new ownership.

“Hey man, I played football with three different head coaches, five different coordinators,” he said. “That stuff doesn’t matter to me. You just deal with the year that is coming.”

Hervey played eight seasons with the Eskimos as a receiver. He was twice named an all-star and was part of two Grey Cup champions.

In April of this year Hervey was fired.

Len Rhodes, Edmonton’s president and chief operating officer explained the move by saying the team and Hervey couldn’t agree on a contract extension. There also were “differences in philosophy over the way we do business.”

Hervey enjoyed his years with the Eskimos but is looking forward to new challenges with the Lions.

“The journey in this sport somethings takes you down roads,” he said. “One door closes and another one opens.

“The one that closed for me was an 18-year opportunity that I have great memories of. I’m looking forward to the new opportunity here in Vancouver with the Lions.”