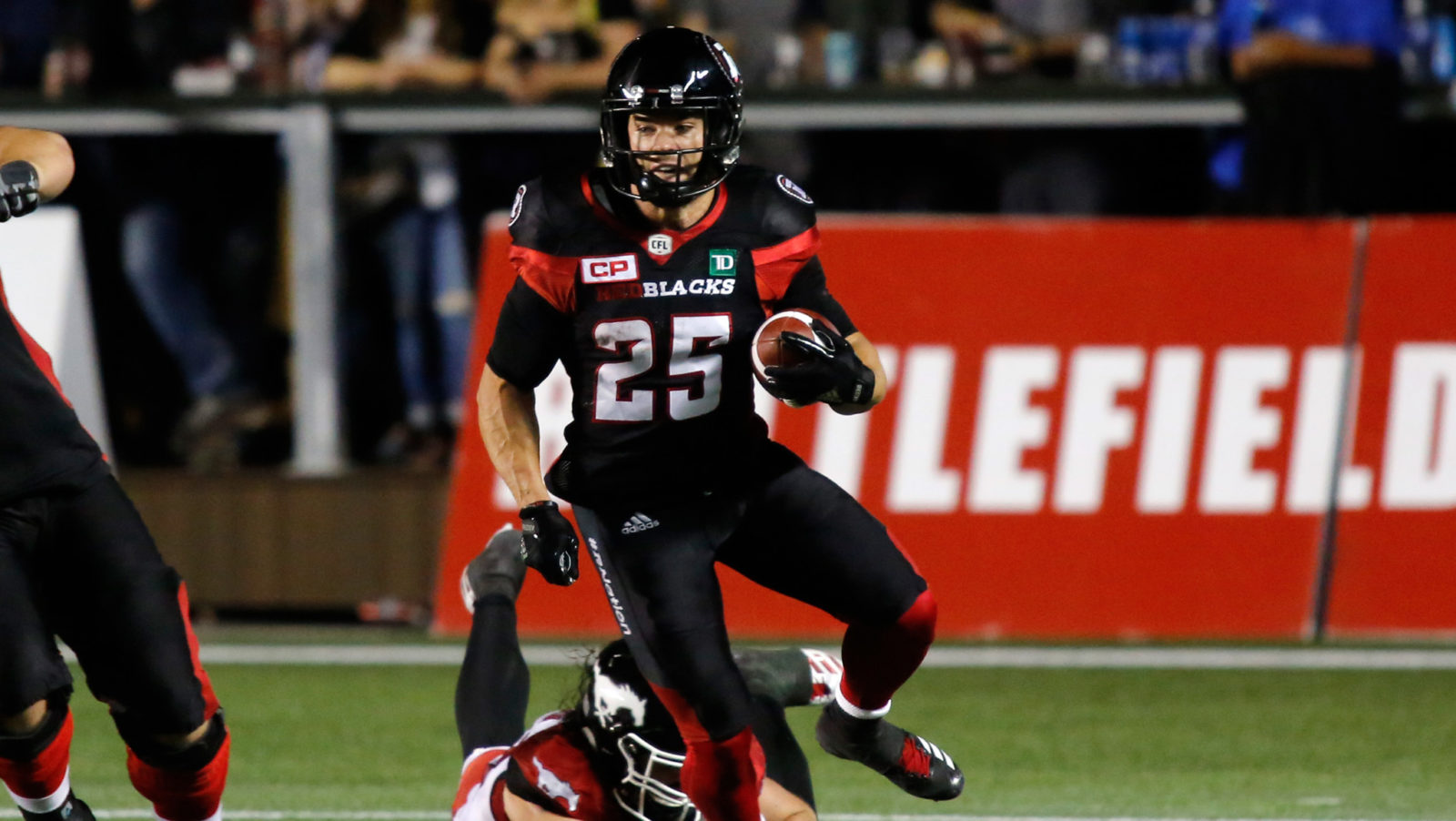 OTTAWA — The Ottawa REDBLACKS have re-signed a pair of Canadians – fullback and Ottawa native Brendan Gillanders and linebacker Jean-Philippe Bolduc, both to two-year contract extensions, the club announced Monday.

“Brendan and JP have been key fixtures for the REDBLACKS,” said GM Marcel Desjardins. “They are both the type of player and person who make our team better…both on and off the field.”

Gillanders posted career-best numbers in rushing yards this season, his second in the nation’s capital. The 27-year-old appeared every game for the REDBLACKS in 2017.

Bolduc had a strong year on special teams, recording 14 tackles during the 2017 campaign, his second with the REDBLACKS. The 26-year-old Montreal native and Laval product appeared in all but one game for Ottawa this season.

Both Gillanders and Bolduc were pending free agents.