HAMILTON — The Hamilton Tiger-Cats announced Monday that June Jones will return to Hamilton patrol the sidelines in 2018 as head coach as he has inked a three-year deal.

Jones was appointed head coach in late August after he joined the Tiger-Cats as Assistant Head Coach on August 2nd.  His promotion to interim head coach came with VP of Football Operations Kent Austin’s relinquishing of the role.

“What June accomplished here as a head coach in the last half of the 2017 season was nothing short of remarkable,” said Austin. “He is a strong leader with high character and extensive football knowledge, and we know he will be relentless in his efforts to put a winning product on the field in pursuit of a Grey Cup.”

He named Jeremiah Masoli the club’s starting quarterback almost immediately which helped Hamilton go 6-4 under his regime. Jones also moved Brandon Banks to wide receiver, a move that proved to be instrumental in the Ticats turn around on offence. 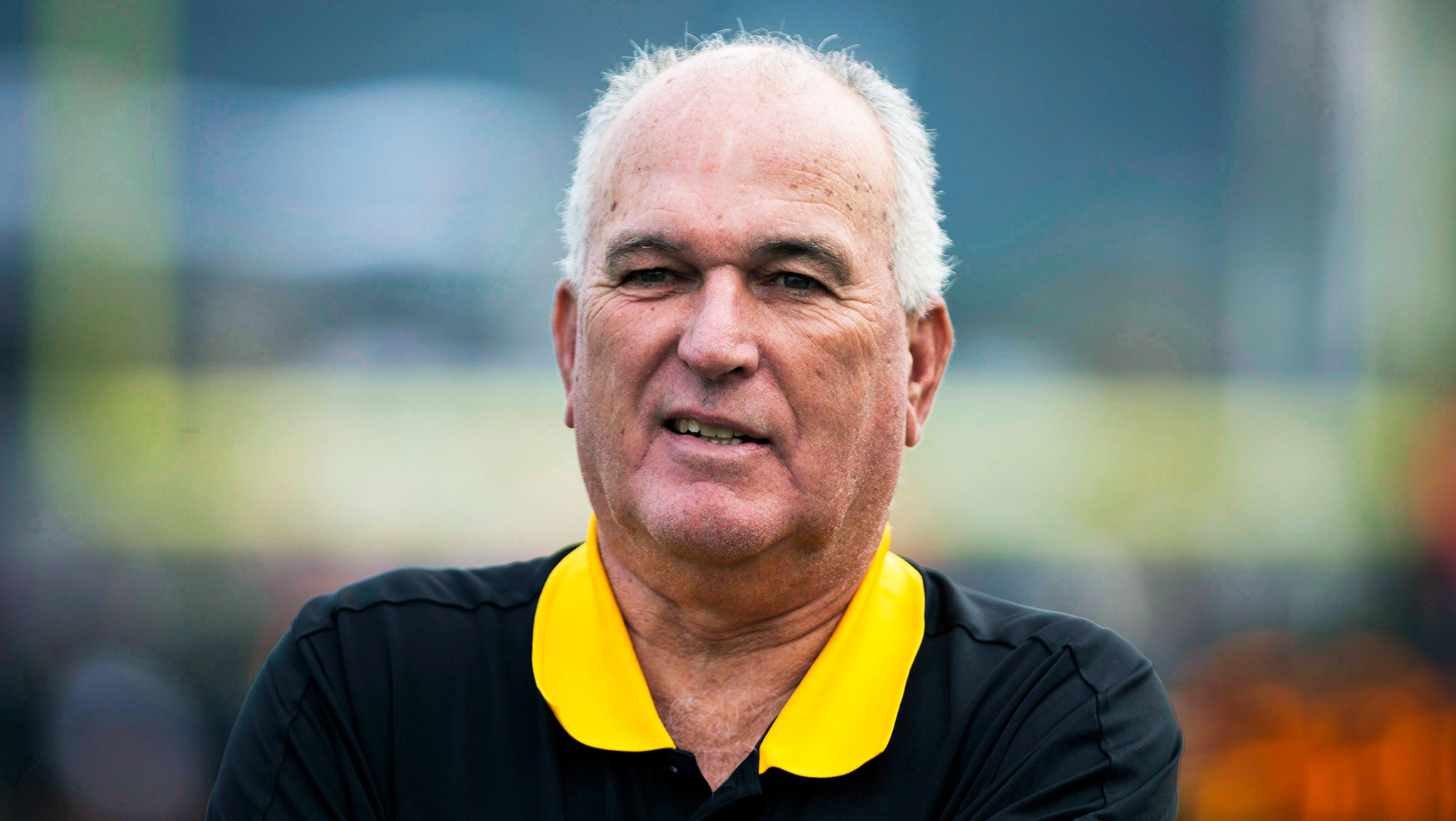 Individual accomplishments over that stretch included quarterback Masoli leading the league in passing yards (3,032), receivers Banks (959), Jalen Saunders (739) and Luke Tasker (728) posting the second, third and fourth-most receiving yards in the CFL, and Banks and Tasker also tying for the league-lead in touchdown receptions (7).

There were also significant numbers posted on the defensive side of the ball for the Tiger-Cats after Jones was appointed Head Coach. From Labour Day on, The Tiger-Cats defence ranked first in rushing yards allowed per game (73.4), quarterback sacks (33), forced fumbles (13) and pass knock downs (38), and were second in interceptions (12) and net offence allowed per game (335.5 yards).

Defensive end Adrian Tracy also posted a league-leading nine sacks and defensive back Richard Leonard was second in the CFL with five interceptions over that span.

“I’m extremely excited to build on where we left off last season and ultimately continue working towards bringing a Grey Cup back to Hamilton,” said Jones. “I really felt an immediate connection with our players and this community when I arrived last season, and I’m grateful to Bob Young, Scott Mitchell and Kent Austin for this opportunity.”

The 64-year-old also spent time in the CFL as a quarterback for the Toronto Argonauts in 1982 and as offensive coordinator of the Ottawa Rough Riders in 1986.