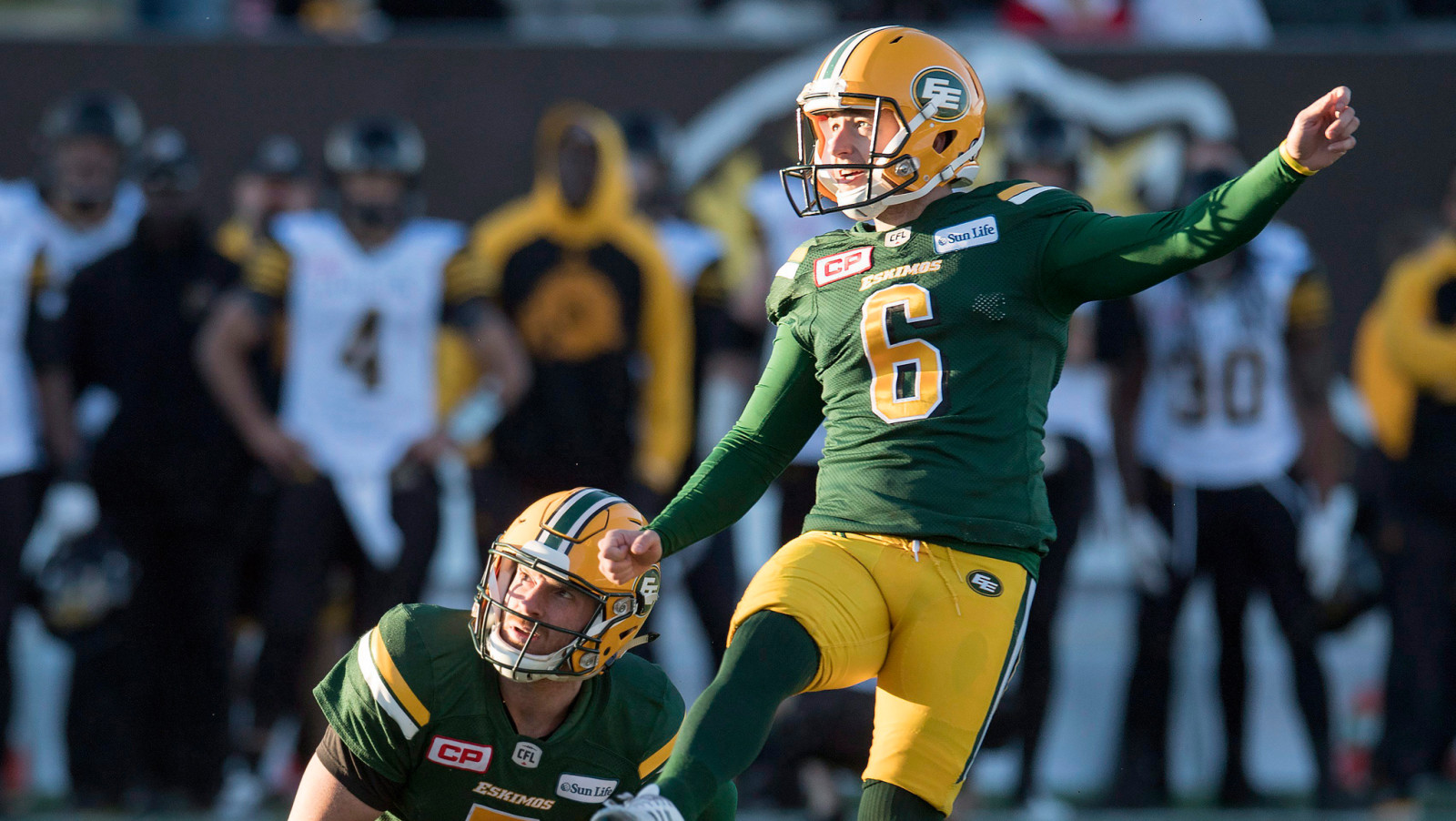 EDMONTON — The Edmonton Eskimos have re-signed national kicker Sean Whyte through the 2020 season.

Whyte set a career best with a successful 55-yard field goal in Week 2.

Whyte entered the league in 2007 with the BC Lions. In 2011, he was traded to the Montreal Alouettes where he would spend five years.

In his first season with Montreal, he was awarded the Lew Hayman Trophy as the East Division’s Most Outstanding Canadian. He was also named the Alouettes Most Outstanding Special Teams Player. Two years later, he earned East All-Star honours.