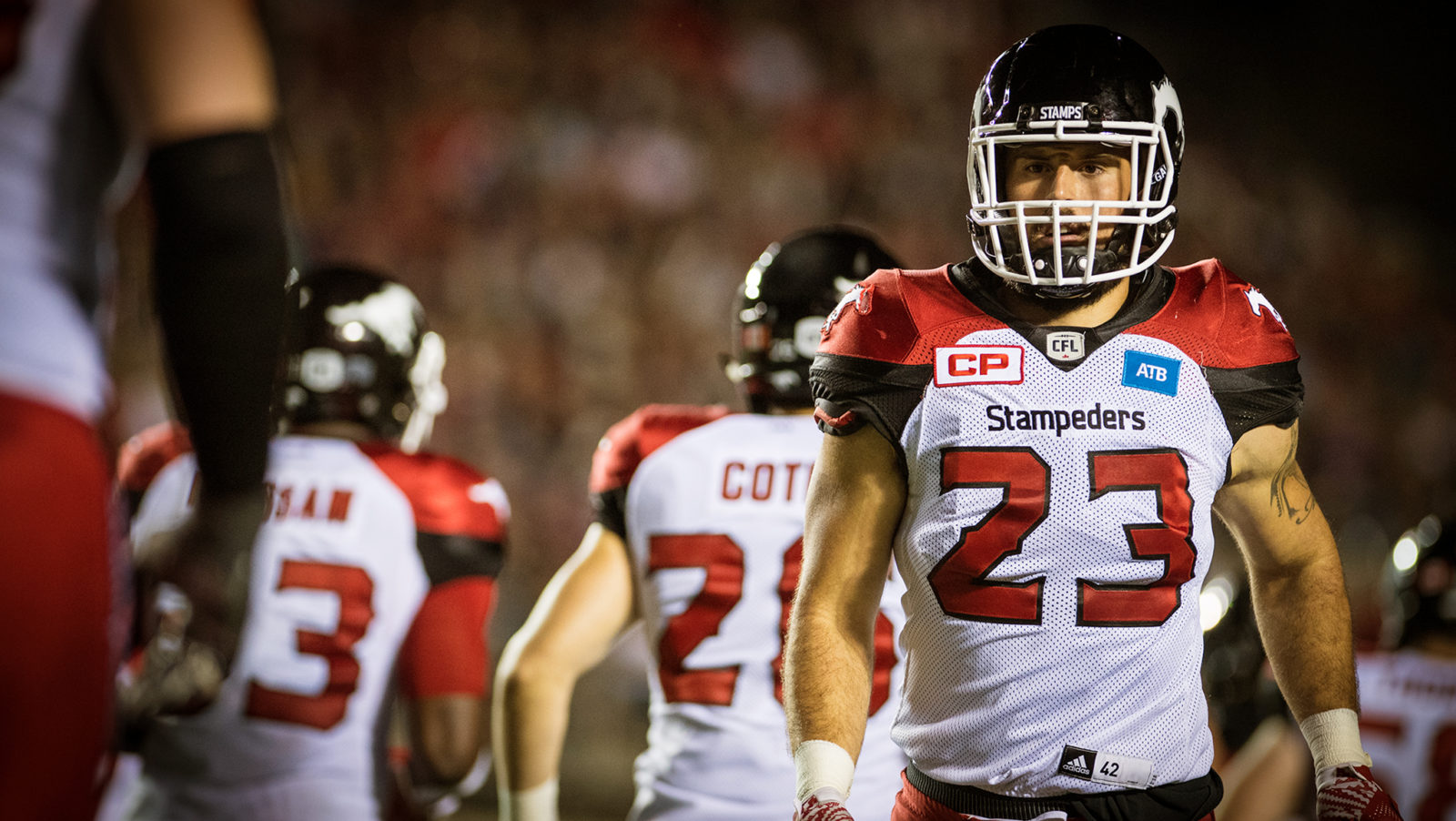 CALGARY —  The Calgary Stampeders have signed national fullback and special-teams player William Langlais through the 2019 season. The Universite de Sherbrooke product had been eligible to become a free agent in February.

Langlais just completed his third season with the Red and White, playing all 18 regular-season games and finishing second on the team with 16 special-teams tackles. In a Week 15 contest against Hamilton, the 27-year-old Hull, Que., native recovered a loose ball after a blocked punt and scored his first career touchdown. Langlais also had three receptions for 30 yards.

“Will has been an important player for us on special teams ever since he joined the team three years ago,” said Calgary president and general manager John Hufnagel. “I was also very happy with his progression at the fullback position this past season.”

A third-round selection by Calgary in the 2015 draft, Langlais has played 51 career regular-season games and recorded 44 special-teams tackles. He has also appeared in seven post-season contests with the Stamps.

“I’m very happy to be returning to Calgary,” said Langlais. “It’s a terrific organization with great players and great coaches. Unfortunately, we weren’t able to win the Grey Cup this season but I’m expecting to work even harder next season as we try again to win the big game at the end.”