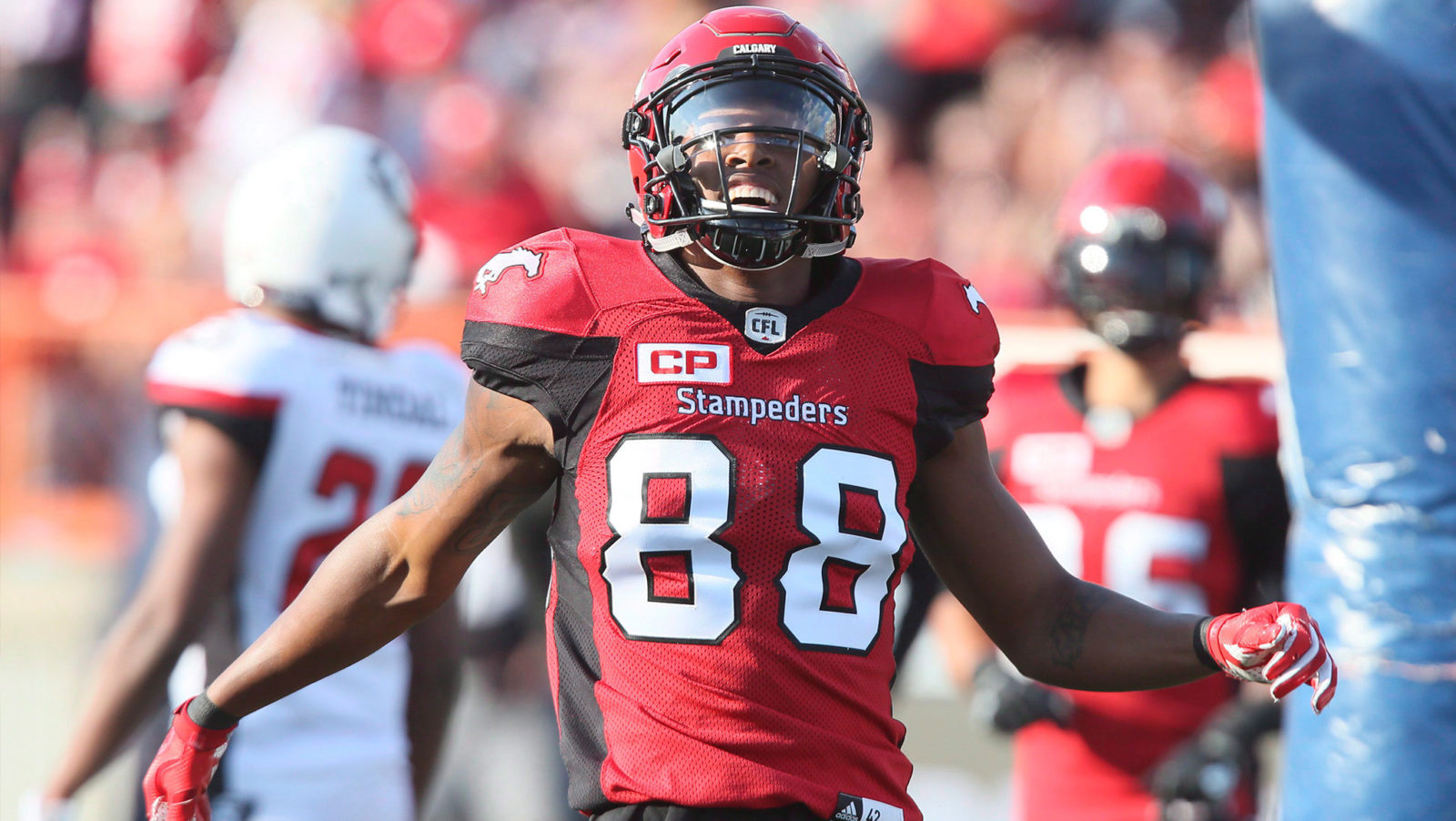 CALGARY — The Calgary Stampeders announced on Friday the team has signed international receiver Kamar Jorden, who had been eligible to become a free agent in February.

In 10 regular-season games for the Stamps in 2017, the 28-year-old Darby, Pa., native had 52 receptions for 717 yards and six touchdowns and also had a rushing major. He missed eight games due to a leg injury before returning to the lineup in October.

The Bowling Green State University product started both post-season games and had 100-yard performances in both contests. He had six catches for 111 yards in the Western Final and six catches for 117 yards and a touchdown in the Grey Cup.

“Kamar has emerged as one of our go-to receivers over the past two seasons and we’re very pleased to have him back,” said Calgary president and general manager John Hufnagel. “I look forward to watching him build on his performance and see what he can do over a full season.”

“Every year I’ve been in Calgary, I’ve grown as a player and I believe I still have room to improve,” said Jorden. “Returning to Calgary and continuing to work with Coach Dicky (Dave Dickenson) is the best opportunity for me to keep growing as a player and to try and win more football games.”