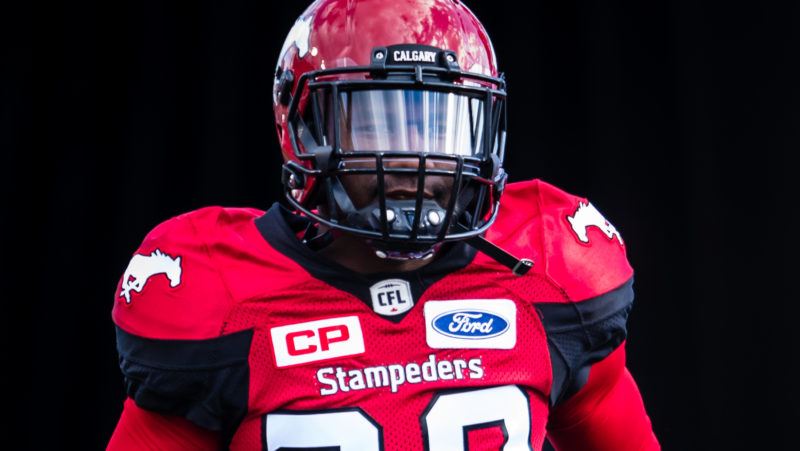 Calgary – The Calgary Stampeders have signed veteran international defensive back Brandon Smith. The native of Oakland, Calif., had been eligible to become a free agent in February.

Smith has played 142 contests in the regular season and 16 in the post-season – with all but one of those games being starts – since joining the Red and White in 2008.

He is one of just four players to have made at least five Grey Cup appearances with the Stampeders, a group that also includes Alondra Johnson, Mark McLoughlin and Allen Pitts. Smith was a member of Calgary’s championship teams in 2008 and 2014.

“Brandon has long been a dependable member of our defence and he continues to play at a high level,” said Calgary president and general manager John Hufnagel. “I’m pleased that he has decided to return for an 11th year with the Stampeders.”

Smith, an alumnus of Sacramento State, has 529 career tackles during the regular season for the Stamps as well as 10 special-teams tackles, 12 interceptions, eight forced fumbles, four fumble recoveries and 37 knockdowns. He has scored two career touchdowns – one on an interception return and one on a fumble recovery.

“I’ve enjoyed the past 10 years in Calgary and I couldn’t imagine playing anywhere else,” said Smith. “It’s a great city, we have amazing fans and the Stampeders are a great organization. I’m looking forward to 2018 and taking another shot at the Grey Cup.”