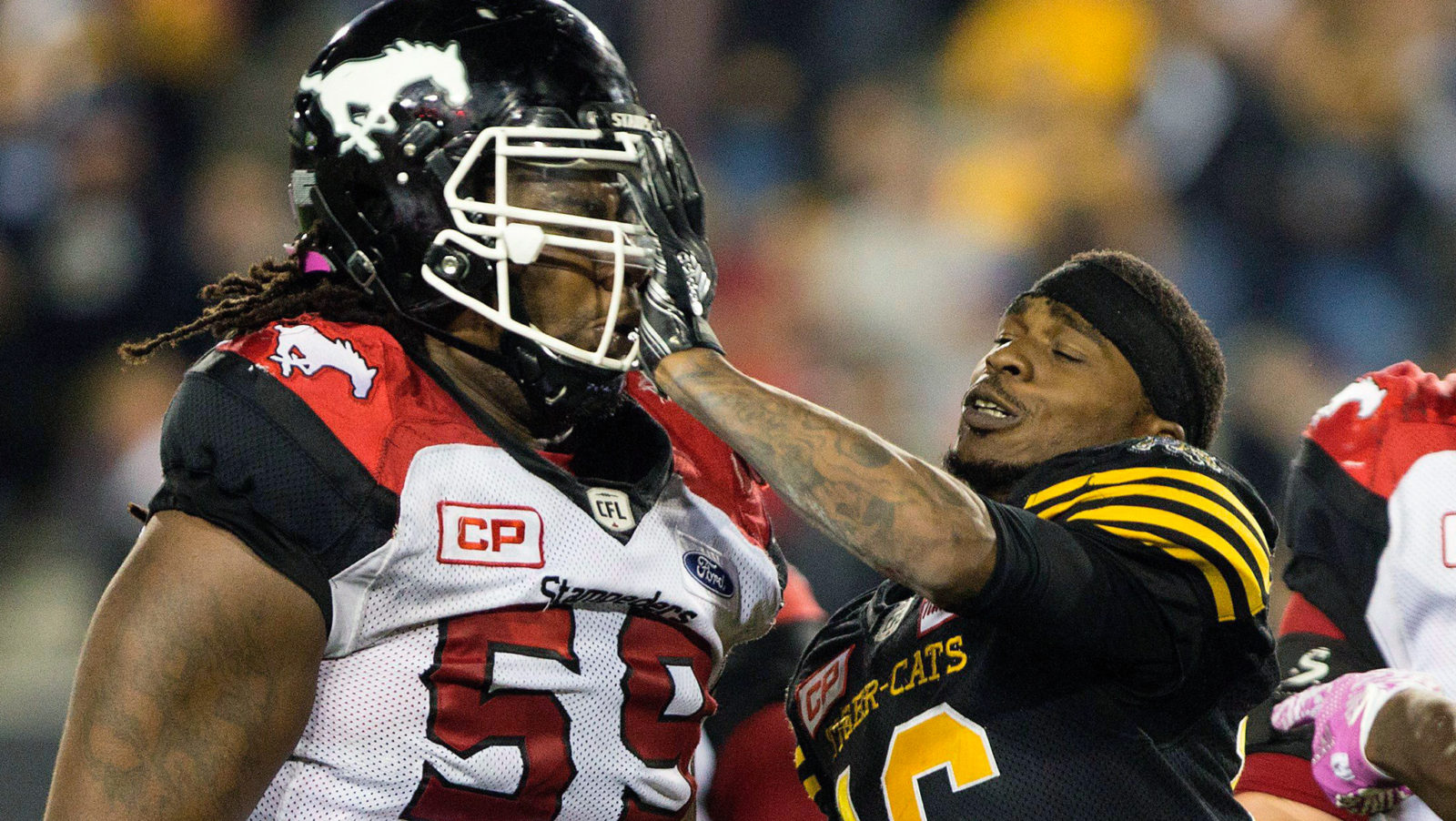 An alumnus of Missouri State, Richards was eligible to become a free agent in February.

Richards started a total of 11 contests, including both post-season games, at the all-important left tackle position during the 2017 season. He was part of a Calgary offensive line that allowed the second-fewest fewest sacks in the CFL in 2017 and also helped tailback Jerome Messam break the 1,000-yard mark in rushing for a third consecutive year.

“Randy has been with us for almost three seasons, and has progressively gotten better each year,” said Stampeders president and general manager John Hufnagel. “He eventually became our starting left tackle at the latter end of the past season and I look forward to him reclaiming that position during training camp and his play continuing to improve.”

Acquired in a 2015 trade with Saskatchewan, Richards has played 17 career games including 15 with the Stamps and two with the Roughriders.

“I appreciate Calgary having me back and being willing to give me the opportunity to do what we’ve done for the past two years and that’s winning a lot of games and fighting for a Grey Cup,” said Richards. “I’m looking forward to be around the guys again and having another great season.”