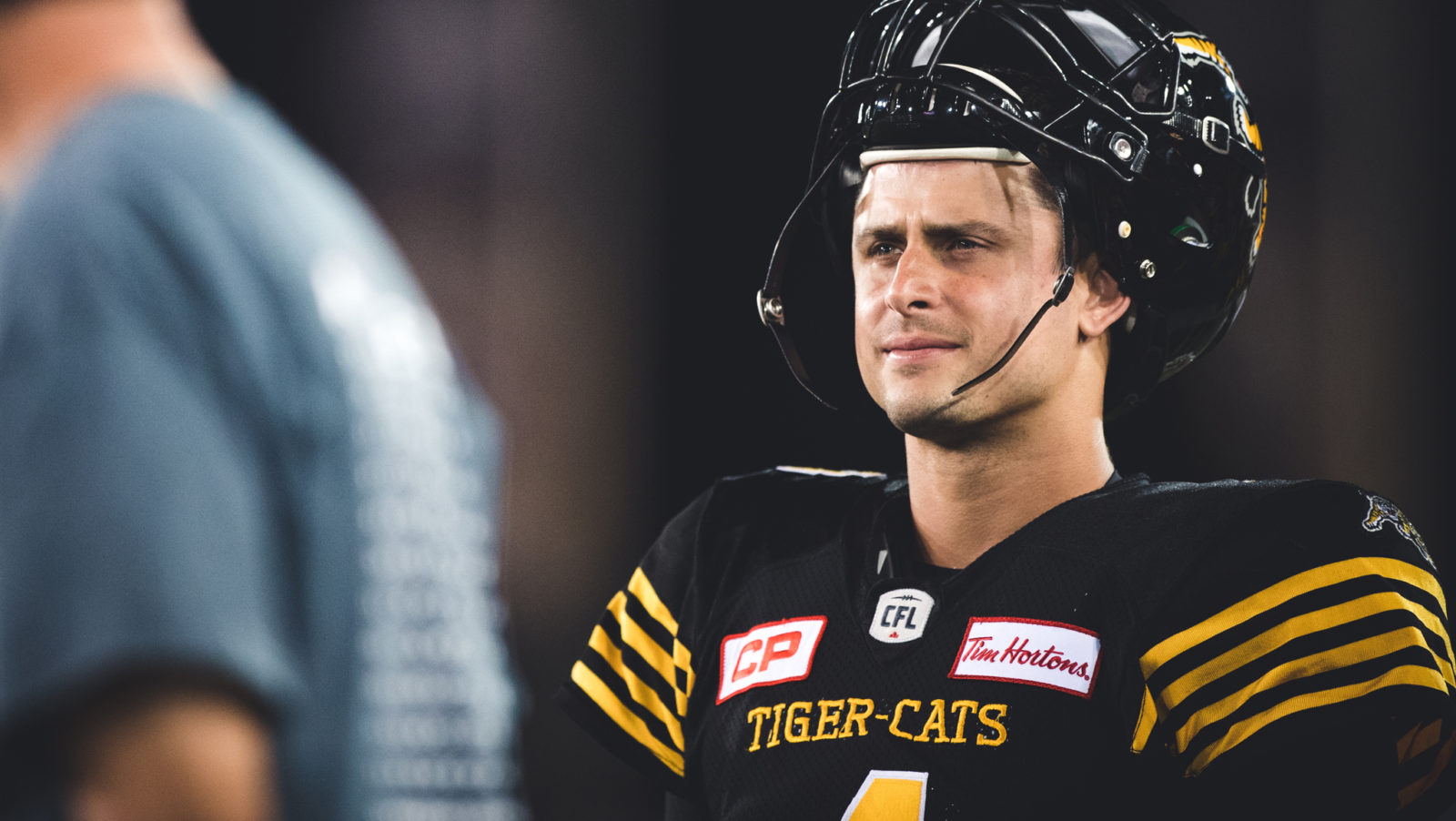 TORONTO — With the silence of the holidays ready to end, the off-season quarterback carousel could be about to pick up.

Darian Durant, Ricky Ray, Jeremiah Masoli and James Franklin are players you may be hearing about in the coming weeks, but is any name more intriguing than Zach Collaros?

The Ticats’ veteran is under contract in 2018, while the team has yet to secure the services of pending free agent Jeremiah Masoli. Yet the belief is that Collaros will be elsewhere next season, with the Ticats starting 0-8 with him under centre and finishing 6-4 with Masoli at quarterback. 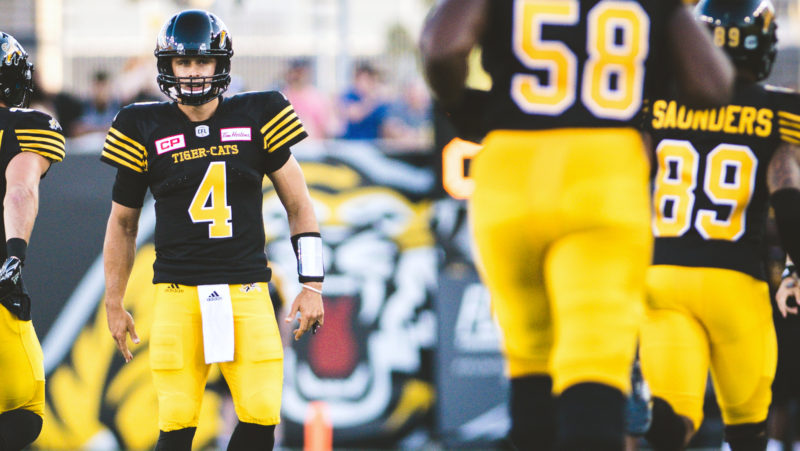 Zach Collaros had a forgettable 2017 for the Ticats, losing all eight of his starts (Johany Jutras/CFL.ca)

Collaros’ situation sure is unique.

It wasn’t long ago the now-29-year-old was considered one of the CFL’s top quarterbacks, leading the race for Most Outstanding Player in 2015 before suffering a season-ending knee injury. That year, the Cincinnati product had 25 touchdowns and only eight interceptions, throwing for 3,376 yards and career-high 9.4 yards per attempt.

Since tearing his ACL that fall, however, Collaros hasn’t been the same. A shortened 2016 campaign was handicapped by injuries, holding him to just 10 games (18 touchdowns, 10 interceptions). This year, amid high expectations with the chance to finally be healthy, Collaros lost all eight of his starts, struggling with eight touchdowns, seven interceptions and a career-worst 6.6 yards per attempt.

The debate was sparked Wednesday on Twitter, where retired Grey Cup-winning quarterback Henry Burris and CFL.ca’s Davis Sanchez debated over Collaros’ merits as a starting quarterback in 2018:

You want to tell me he’s a Tip 5 QB when we all projected Hamilton to be a team contending for a Grey Cup vs Ottawa in the East.. and he’s lost 10+ gamws in a row. Compared to the success that Masoli has enjoyed with the same players amd offenses.. Am I missing something!? #truth

“I think he’s a top-five guy in this league when he’s healthy,” Sanchez was quoted as saying.

Burris later tweeted: “You want to tell me he’s a top-five QB when we all projected Hamilton to be a team contending for a Grey Cup vs Ottawa in the East.. and he’s lost 10-plus games in a row? Compared to the success that Masoli has enjoyed with the same players and offences.. Am I missing something!?”

Yes @HenryBurris I think @ZCollaros7 right now is a top 5 QB in the league when healthy.

Yes as you mention he lost 10 In a row last year in Ham.. so did CJ Gable and he’s proven pretty good 😉

What happens with Collaros could depend on a couple of other things, first. Should he move, Toronto and Montreal appear to be leading destinations, while Hamilton shouldn’t be out of the question either.

While the Argos have acquired the rights to pending free agent James Franklin, there’s a chance Franklin escapes via free agency. That could open the door for Collaros just down the QEW, with a fit in Toronto whether Ray retires or not (note the working relationship that Collaros and Argos receivers coach Tommy Condell have established).

In Montreal, Collaros could be seen as an upgrade over Darian Durant. Durant is under contract but had a forgettable first season in Montreal.

The Riders could also be in play, but a recent contract extension for Brandon Bridge lessens the odds.

And finally, Hamilton. It’s believed that Johnny Manziel will be a Ticat in 2018, but with no contract for Masoli, his exit could lead to a Collaros-Manziel partnership in the Hammer.

Whatever the destination, the next couple of months should tell us how teams value Collaros. Good quarterbacks are hard to come by, and if a team thinks Collaros can resurrect his career, a move will ensue.

Henry Burris’ argument is well-understood. Lately, Zach Collaros has not played like an elite quarterback, while his team has struggled to win football games with him under centre.

On the other hand, it’s difficult to ignore Collaros’ past, including an eye-opening 83 career touchdown passes to 38 interceptions.

Collaros could get the chance to re-discover himself this season, especially with some veteran coaching and a good situation. Is the upside worth the risk?