O’Leary: Chris Jones now has his own version of Mike Reilly 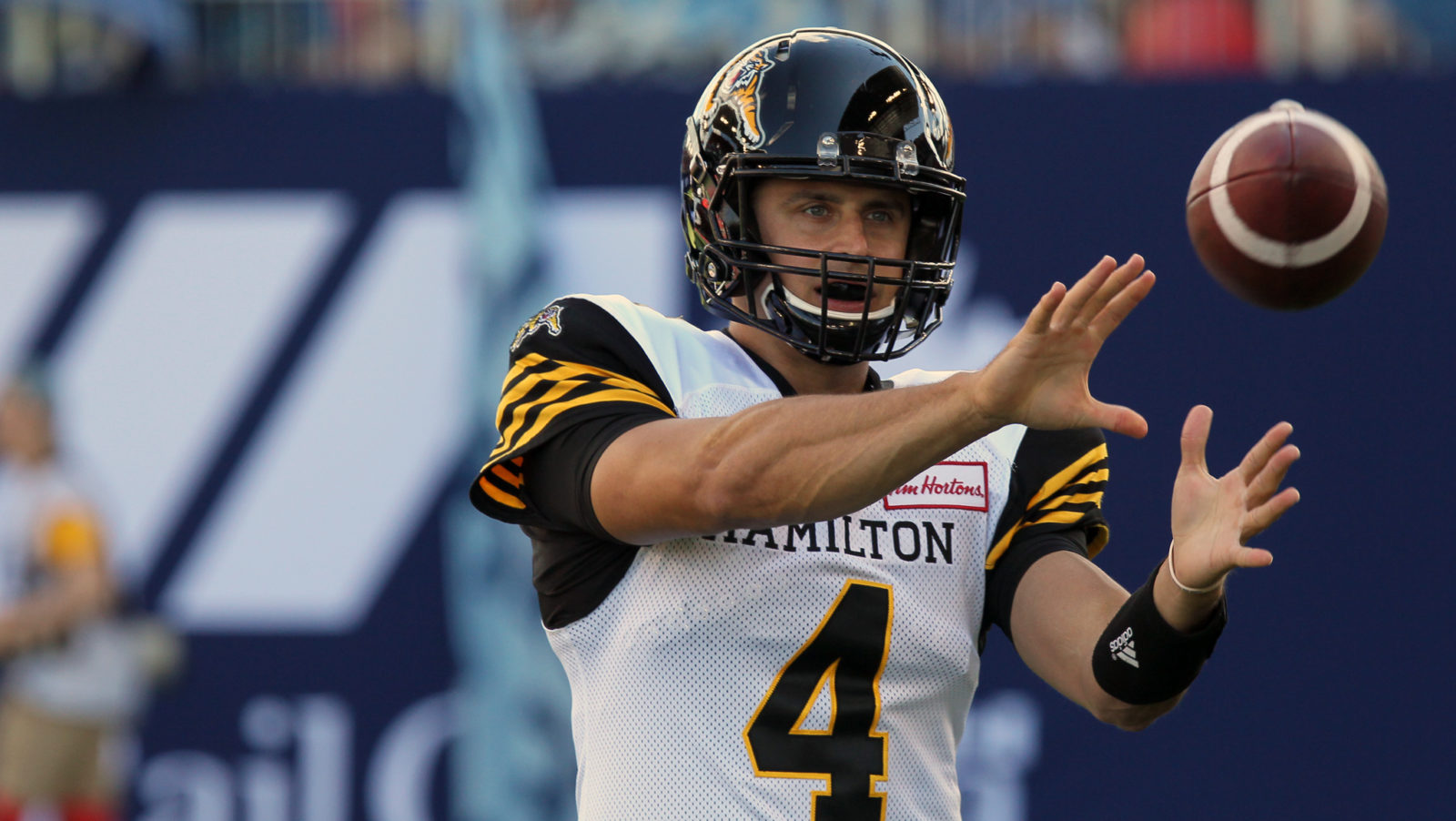 O’Leary: Chris Jones now has his own version of Mike Reilly

The second quarter had just started in Hamilton on Sept. 19, 2015 and Zach Collaros was trying to bury the Edmonton Eskimos.

His team up 7-0 in difficult weather conditions, the Tiger-Cats’ QB rolled out of the pocket and ran five yards, before having the ball stripped away. The Ticats recovered, but Collaros stayed down on the field.

As the team trainers tended to him, offensive and defensive players surrounded him, taking a knee. More teammates hugged him as he hobbled through the locker room after the game. His ACL torn, his season over, this was the beginning of the end for Zach Collaros in Hamilton.

No one knew it at the time, but the person who would give the green light on the start of Collaros’ next chapter in the CFL was across the field that day.

Chris Jones was focused on other things at that time, guiding that Esks team to a Grey Cup that year, but he’s always had a fondness for Collaros. It started when Collaros was an extra body around the Argos’ 2012 Grey Cup-winning team. The coach kept an eye on Collaros as he developed the next year playing for an injured Ricky Ray, then the following two seasons in Hamilton, where he became the starting quarterback and finally, in 2015, was putting an MOP-worthy season together before he was injured.

His numbers that year, through 12 games played: 252-359 passing for 3,376 yards, 25 touchdowns and eight interceptions. He’d rushed 28 times for 164 yards, with one TD. With his poise in the pocket, his ability to move when he stepped out of it and his command for the game, Collaros at his best looked very much like Mike Reilly.

“They’re very similar,” Jones told the Edmonton Journal the day before that game two and a half years ago. “They’re guys who will put the game on their shoulders and just say, ‘Let’s go do this thing.’

“They’re fun to watch. You have to rein them back a little bit, sometimes, and protect them from themselves. But they both are tremendous competitors.”

On Wednesday, Jones sent a second-round pick to the Ticats for Collaros, getting him the exact type of quarterback that he wants and possibly adding the puzzle piece that was missing from making the Saskatchewan Roughriders a serious Grey Cup contender.

Jones loved what Reilly gave those Esks teams and tried to channel that idea — a quick, polished, mobile quarterback — into the Riders’ plans last year, subbing in Brandon Bridge for Kevin Glenn more and more as their season progressed. While Bridge could grow into that role in Sask, Collaros arrives in the prime of his career, ready to do it and with plenty to prove, given that he was benched while the Ticats went 6-4 to close out their season.

There’s still much to be worked out in Riderville. A possible contract restructuring for Collaros and the fact that there are six QBs currently on the roster and that one of them is Glenn, who has another year left on his contract. And for Collaros, there’s the matter of going into Riders training camp, winning the starting job and proving that he can get back to his MOP-looking self.

Last season was supposed to be that moment for Collaros, finally fully healthy for an 18-game run. Then the season rolled over him and the Ticats like a tsunami, with the offence and defence looking disjointed week after week until Kent Austin stepped aside as coach and allowed June Jones to come in. At that point, Collaros had lost his last 12 starts, which is the second-worst QB losing streak in league history.

“They’re players that put it out there and play fast. They’re willing to take off with the football and there’s not an ounce in their body that’s scared.” 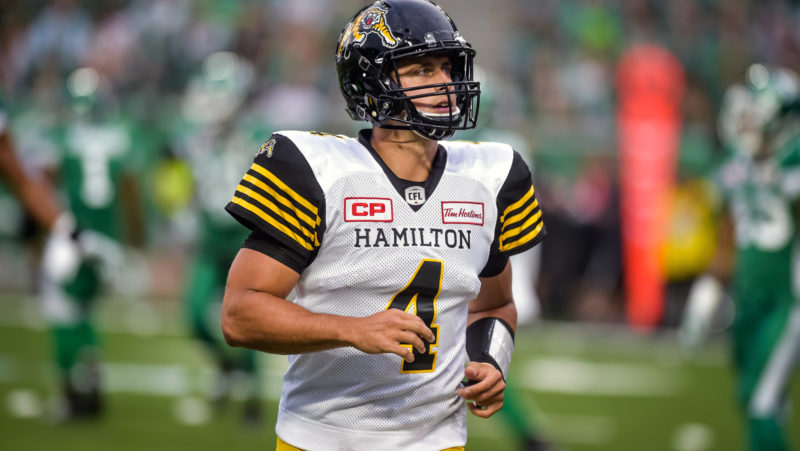 Chris Jones has always been fond of Zach Collaros, who has some parallels with Mike Reilly (Matt Smith/CFL.ca)

Riders assistant VP, football ops and administration, Jeremy O’Day, said on Wednesday that he thought Collaros had a lack of protection around him in those eight games. Changes to the O-line came after Jeremiah Masoli had taken over starting duties.

If Collaros gets back to his old ways, he’s a perfect fit on this Riders team. The offence is loaded with playmakers and the defence finally began to look like a Chris Jones defence last year. The Riders swapped Bridge in for Glenn down the stretch, leaning on an inexperienced QB in the playoffs and still came within one perfect Ricky Ray drive of making their way to the Grey Cup.

People harped on that 12-game losing streak Collaros endured, but it’s worth looking at who’s keeping him company there. Via CFL stats guru Steve Daniels, Anthony Calvillo lost 12 straight as a Ticats starter from 1996-1997 and Ken Ploen did the same with Winnipeg from 1964-1965. Tom Clements lost 11 in a row playing for Ottawa, Saskatchewan and Hamilton from 1978-79. All three are hall of famers.

That day in September, 2015, their union still far off in the distance, Jones said he saw a lot of similarities between Collaros and Reilly.

“Both these two guys here, their makeup is, ‘Let’s ride,’” he said.

“They’re players that put it out there and play fast. They’re willing to take off with the football and there’s not an ounce in their body that’s scared.”