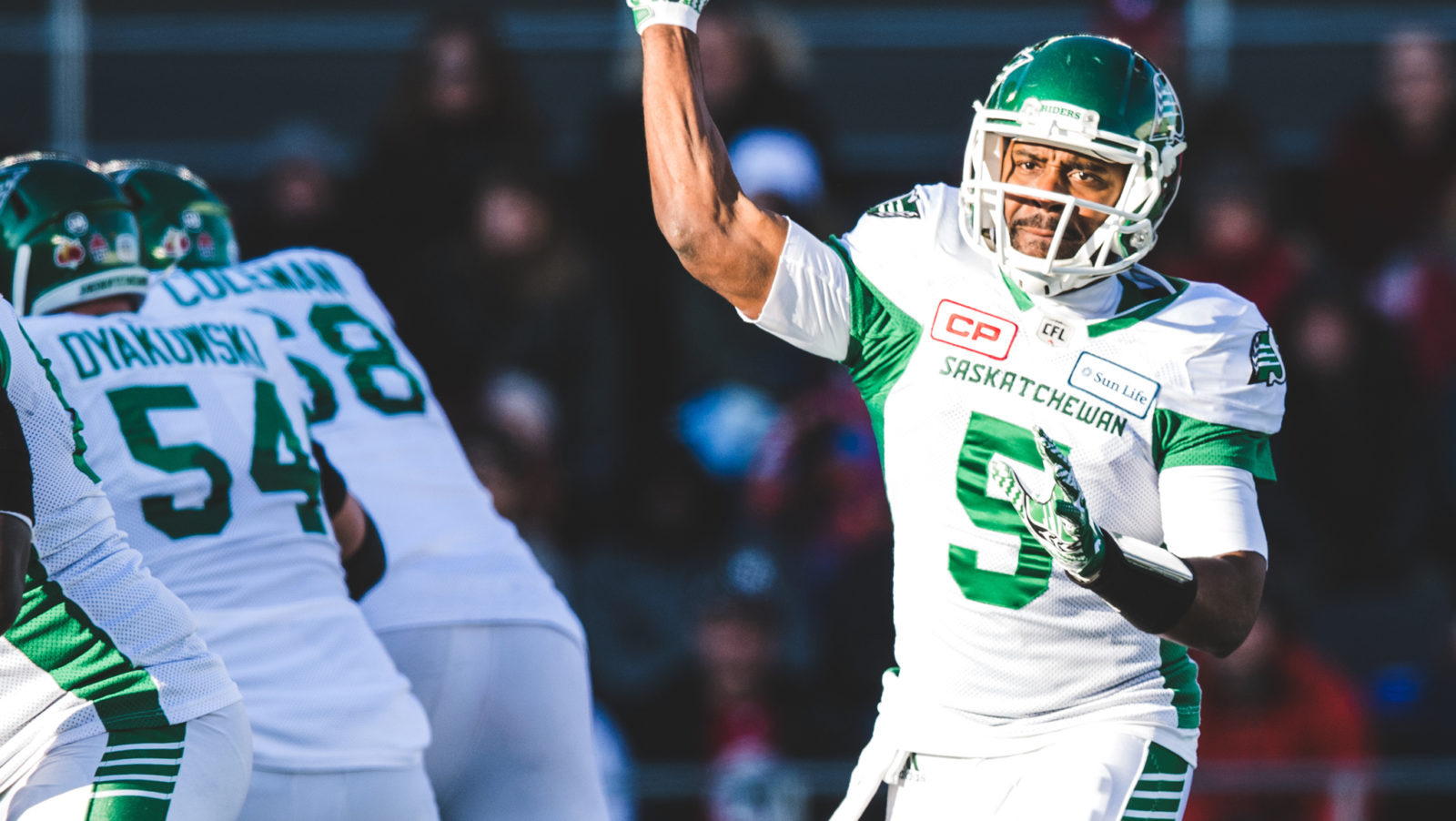 As understandable as it is, doesn’t his release by the Saskatchewan Roughriders just feel like a gut punch to a portion of your soul, to the place where you store your empathy for the good guys?

A dutiful warrior, a talented quarterback and by all accounts a terrific teammate to have in your locker room, on the field, on a road trip, at a team barbecue, wherever, the CFL’s suitcase pivot needs another place to land.

Hope he finds one.

The 38-year-old veteran hasn’t done much complaining over the course of his mostly solid, occasionally spectacular 17-season career, and I wouldn’t expect that to change now that he is once again – as he has perpetually been – a free agent, looking for a place to call home. Even if just for a season.

RELATED
» Riders release veteran Kevin Glenn
» Collaros joins Riders via trade
» Bio: Glenn by the numbers
» The Snap: It has to be Edmonton for KG 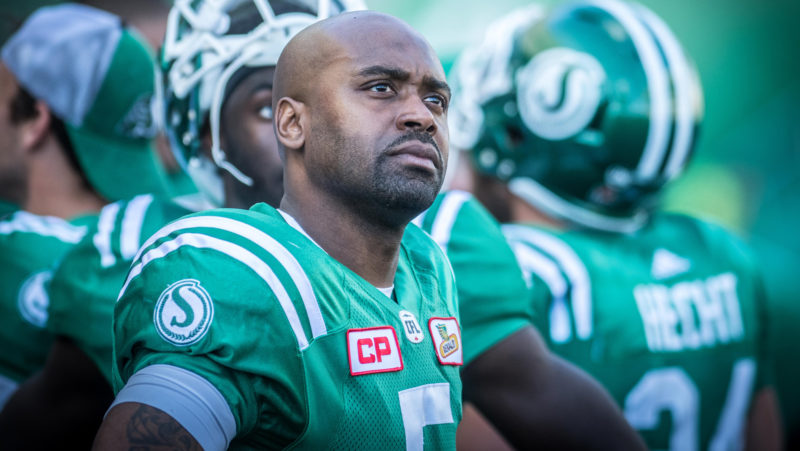 Kevin Glenn has been on the roster for eight of nine current CFL teams in his illustrious career (Arthur Ward/CFL.ca)

The Roughriders have rising star Brandon Bridge on their roster, newly re-signed, and now they’ve added Zach Collaros in a deal with Hamilton. And Collaros, many of us feel, is about to be born again as a franchise quarterback in Saskatchewan.

Their third roster position for a quarterback belongs to Vernon Adams at the moment and beyond that, well, you just don’t keep 38-year-old slingers on your developmental roster. You keep twenty-something-year-old possibilities there.

Thanks for the year in Sask, Kevin. You are loved but there isn’t a fit here for you now. Good luck.

And so it goes for Glenn, the likeable vet who has time and time again found himself in this position; as a free agent insurance policy, a hedge in case a team’s incumbent is injured or underperforming. You could do worse than have Kevin Glenn on your sideline in case such eventualities arise and there are a number of teams I can think of as having, possibly, that kind of a slot open.

Edmonton, for one, comes to mind and I know that is the preferred destination for many fans, who’d like to see Glenn yell “Yahtzee!” as he puts pen to paper on a contract with the only team in the CFL that has not had his rights during his incredible, serpentine pro football odyssey. With the trade of Mike Reilly‘s backup, James Franklin, to Toronto, the Eskies might do well to have a pivot of Glenn’s experience at the ready, just in case the league’s reigning MOP gets nicked in 2018.

Or Winnipeg, where the same can be said of the Blue Bombers and their depth chart behind Matt Nichols. Heck, even the Argos, should Ricky Ray decide to retire, and the defending champs want to hedge their bets on their new starter or the men behind him. Hamilton has just re-signed Jeremiah Masoli but has, presently, two back-up quarterbacks with precisely four CFL pass attempts between them and one of them has zero. 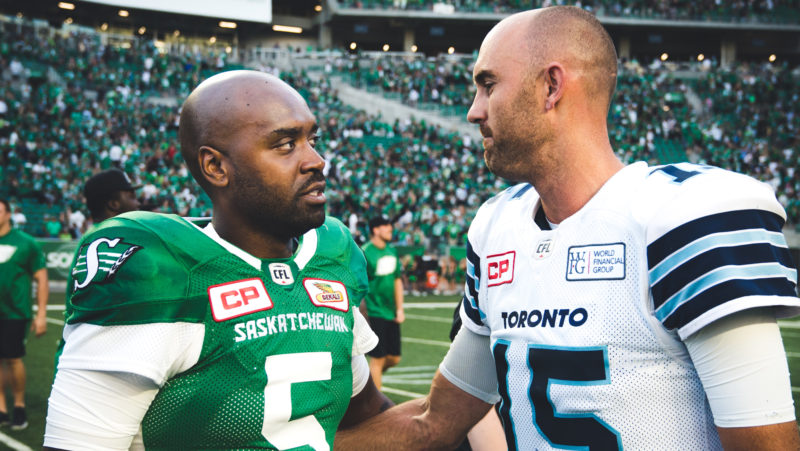 I could go on a bit, I suppose, but the possible landing spots for Kevin Glenn are beside the point of what I have to say here, really. Which is to pay tribute to the special determination and class that Glenn has shown over his career. If you are unconvinced of hall of fame credentials from his stats sheet, you certainly can not be so inclined when it comes to his hall of fame credentials in loving to play, wherever that may be.

On that score, he’d be an easy first ballot entrant.

In fact, the Roughriders, his first CFL team, traded Glenn to Toronto back in 2004, where he was an Argonaut for only a few hours, before being dealt to Winnipeg.

His best year, 2007 in Winnipeg, saw him cut down with a broken arm in the Eastern Final, meaning he was sidelined for the Grey Cup the following week. After that, he was the man in Hamilton until Henry Burris became available and that meant Glenn was picked up as insurance in Calgary, filling in as starter when Drew Tate got injured and then shuffled back in the deck when Tate returned, left unprotected in the expansion draft when Bo Levi Mitchell began his rise.

No problem. Go to Ottawa and be the REDBLACKS’ first ever starting QB. Wait. They signed Burris? Go to BC, (one of the few times if not the only one where Glenn griped about his situation, asking to be traded) and understudy for Travis Lulay for a year. That’s now over? Well, they can use help in Saskatchewan, again. Get traded to Montreal that same season. Get traded again, a year later, to Winnipeg. The Bombers can’t see a financial fit? Cool. Back to Sask, one more time. 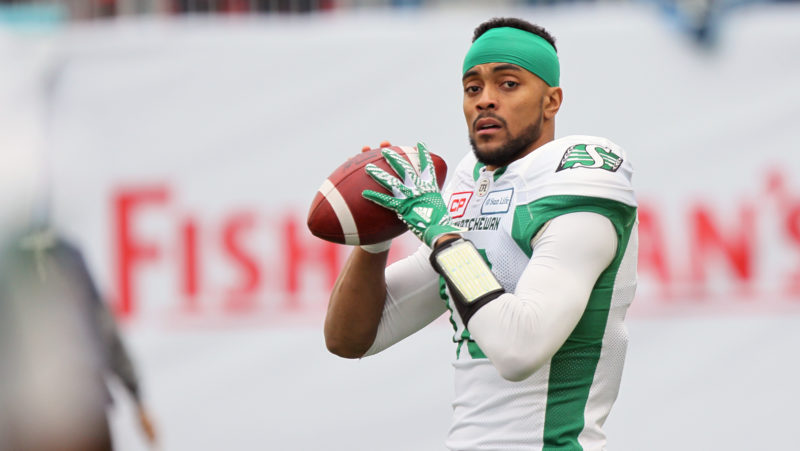 Mostly, all Glenn’s ever done is answer the phone and say “oh, you guys want me now? Sure thing.” And then shown up, given his best and provided the kind of capable quarterbacking that makes him valuable enough that there has always been another taker standing by, willing to give a character guy the chance to fill a gap and not whimper about his situation.

This is not to say that anyone need feel sorry for Glenn. Longevity is longevity and many an athlete has failed to lay claim to it the way he has. Good enough to be wanted, he’s not risen to the levels where he has been a “must have.” There is a counter to his impressive 52,867 career passing yards and a highlight reel that is jammed with pretty passes and big plays. Being bested in a number of playoff games, the most recent of which came last November in Toronto, where he threw three interceptions in 13 pass attempts, does dull the resume.

However, Glenn’s sportsmanship, determination and willingness to go to the next place, for however long he may be there, places him in the league’s elite when it comes to love for this game, the people he’s met along the way and the cities and provinces in which he’s played. That counts for plenty, in my book.

Don’t we all have a special place in our hearts for the dedicated nomads?

If the phone rings at Kevin Glenn’s house in the next few days or weeks, I’d be surprised if he didn’t say “Oh, you guys want me now? Sure thing.”

That’s the way it’s always been with Kevin Glenn.