Cauz: History is not on Johnny Manziel’s side 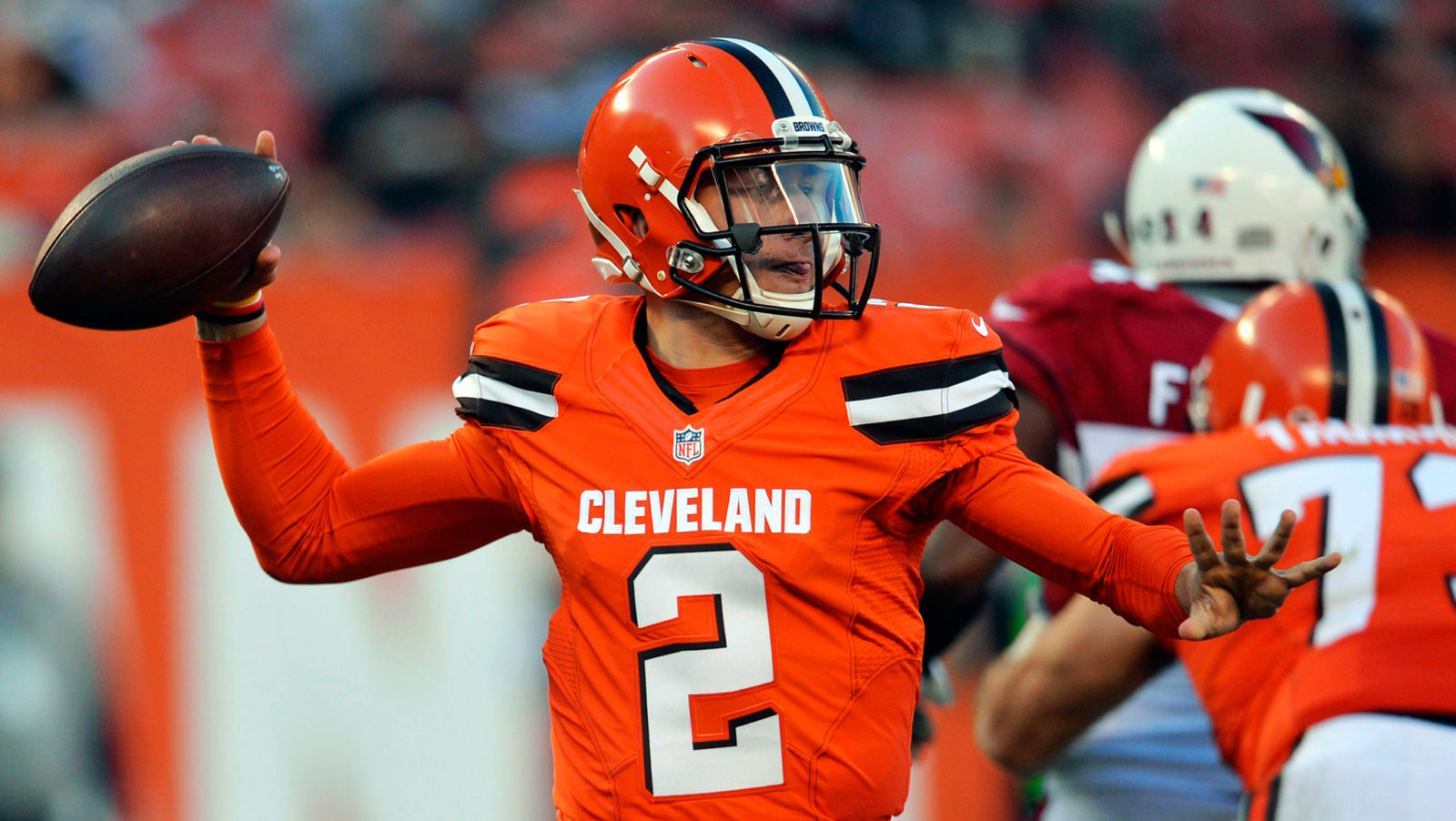 Cauz: History is not on Johnny Manziel’s side

I don’t think Johnny Manziel will make it in the CFL and I hope I am dead wrong with this prediction.

Who wouldn’t want to see another dynamic passer in this league? Hey, if it helps raise the profile of the league and boosts ticket sales for whatever market he ends up in, it’s certainly a bonus, but the main reason I’m rooting for him to succeed is simple: he will be fun to watch. On an entirely different level it would be fascinating to see Manziel excel because it would represent something we haven’t seen since Doug Flutie in 1990 and that’s a quarterback jumping directly from the NFL or the NCAA and immediately becoming a star.

I believe many casual sports fans are under the impression that the transition from being a star quarterback in America to being a legitimate starter in the CFL is an easy one. They often draw a fairly straight and clear line from both sides of the border; I mean, if you can dominate in the football factory that is the United States, then why not in this nine-team league in a nation with one tenth the population?

The truth is that reality does not exist. Hell, even in his first year, Flutie struggled on a 6-11-1 fourth-place BC Lions team. Doug would complete a career low 53 per cent of his passes as 1990 would also represent the only year in which he would throw more interceptions than touchdowns.

THE LATEST ON JOHNNY FOOTBALL
» Manziel camp sets Jan. 31 deadline
» Steinberg: Manziel, Ticats both need to be patient
» Ticats confirm offer has been made to Manziel
» Tracing the Johnny Manziel timeline in 2017 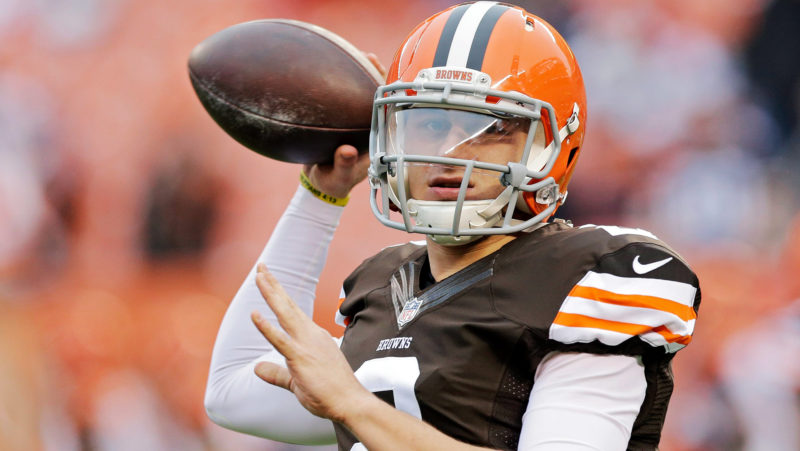 A year later, we all witnessed the rise of one of the greatest quarterbacks to ever play in this league as Flutie threw for a ridiculous 6,619 yards, ran for 610 more yards and accounted for 52 total touchdowns in leading the Lions to a 11-7 record and a playoff berth as he earned All-CFL honours at quarterback. The point is that even the great Doug Flutie, who won a Heisman with Boston College and started 13 games in the NFL, took a year to adjust to this game.

What makes Doug Flutie’s storied career so remarkable is just how incredibly unique it was. There have been other Heisman winners to make a go of it in Canada and none of them made much of an impact in the CFL. In 1995, Andre Ware, who set a boatload of NCAA records with the University of Houston, signed with the Ottawa Rough Riders. Ware played for three different teams in three years and was out of the league after 1997.

Next up was in 2006 with Eric Crouch, who dominated at the University of Nebraska and, upon graduating, was one of just three quarterbacks in Division 1-A history to amass more than 3,000 yards rushing and 4,000 yards passing. Clearly, Crouch was designed for the wide open CFL, right? Nope. Crouch spent his brief time battling as a fourth-string quarterback for the Argonauts before succumbing to injuries and being released by the team in September of 2007.

Finally there was Ohio State star Troy Smith, who in 2006 won just about every award a collegiate player could win, including the Heisman. Smith dominated at one of the highest-profile schools in America. Oh sure he was a little under-sized, which hurt his NFL career, but a guy who had produced and played in so many big games would of course have no problem transitioning to the CFL. He would last only two years with the Montreal Alouettes who, in 2014, deemed that Alex Brink gave the team a better chance to win than Smith.

MANZIEL AT A GLANCE 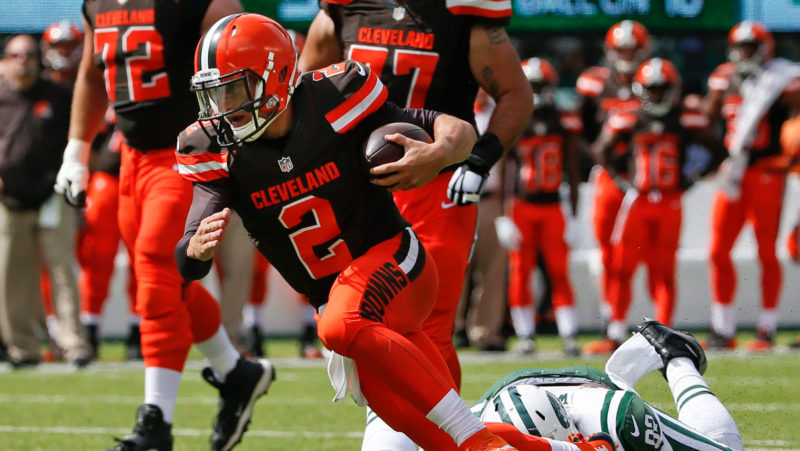 But the story of prominent quarterbacks failing north of the border is not limited to Heisman winners. Cleo Lemon had three years of NFL experience but lasted just two seasons with Toronto. Way back in 1990, Timm Rosenbach was the only quarterback in the NFL to take every offensive snap that year. Do you remember his time in this league? Yeah, neither do I. Duron Carter attempted one more pass (one) than Vince Young did with the Saskatchewan Roughriders.

Finally, the big-time NCAA quarterback who most recently (2002-09) has experienced the greatest “success” was Michael Bishop. Bishop had a spectacular career at Kansas State and did appear in 125 games in the CFL, the majority of which were spent with the Argonauts. But even Bishop was a below average passer, barely completing half of his passes and finishing with 11 more interceptions than touchdowns.

Trust me, as an Argonauts fan I can’t recall many memorable Bishop moments. Are you starting to see where my skepticism is coming from in regards to Manziel’s chances?

So what does the profile of a successful CFL quarterback look like? I looked back at the origin stories of some of the biggest current stars (Bo Levi Mitchell, Mike Reilly and Ricky Ray) and two future Hall of Famers (Henry Burris and Anthony Calvillo) and their backgrounds are all eerily similar. All played in small Division I or more prominent lower Division NCAA schools where they all were given a chance to flourish as passers. Many of these quarterbacks still hold passing records at their respective schools.

Of course, most people have no idea of these past accomplishments as most fans do not closely follow such prominent football programs as Eastern Washington, Central Washington, Sacramento State University, Temple or Utah State University. I don’t recall seeing any of them in the College Football Playoffs. None of these CFL All-Stars were drafted; most bounced around a couple of NFL camps and only Burris ever attempted a pass in the NFL.

MORE ON THE OFF-SEASON
» Collaros hoping for career rebirth with Riders
» Checking Down: Durant decision could loom
» Great Debate: Who is the top pending FA?

As for immediate impact, Ricky Ray is the only one who had a dramatic impact right away. Ray would lead the Edmonton Eskimos to the Grey Cup in his rookie year in 2002, eventually losing 26-16 to Montreal. But even then Ray entered training camp as the third stringer and needed an injury to Jason Maas to propel his early success.

Ray is the exception. Bo Levi Mitchell didn’t become a full-time starter until his third season; Mike Reilly didn’t get his first start until his third year with the Lions and it took another year after being traded to Edmonton before he became a full-time starter. Keeping with this trend, Henry Burris had to wait three years before getting a chance at the controls with Saskatchewan in 2000, starting 16 games. Finally, there’s Anthony Calvillo, who did technically start his first season but it was with the Las Vegas Posse in 1994. After their collapse, Calvillo shared time with Matt Dunigan in Hamilton and Tracy Ham in Montreal. The CFL world would have to wait until 2000, Calvillo’s sixth year, before he fully was given the chance to be the undisputed leader of the Alouettes.

It is shocking just how identical the resumes are of some of the greatest quarterbacks to ever play in the CFL. So to expect Manziel to come up and make an immediate impact — to do something in his first year that even Flutie was unable to do — requires a considerable leap of faith. But again, here’s hoping I’m incorrect. I mean who doesn’t want to see an outlier come up and put on a show?