Walker: No greener grass than at Commonwealth 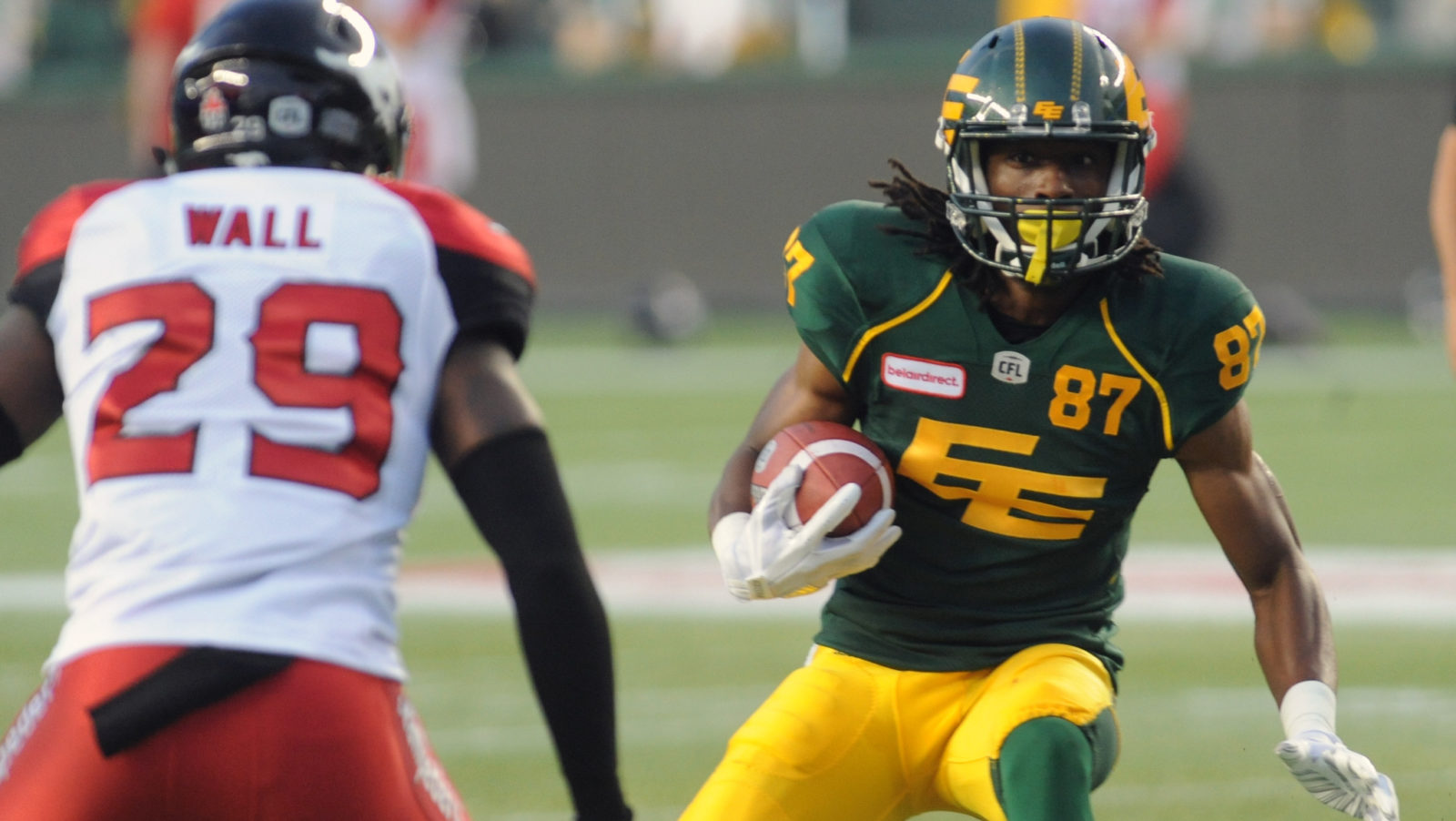 Walker: No greener grass than at Commonwealth

For Derel Walker, both times he’s had to make the decision this year it’s been a no-brainer.

Slated to be one of the league’s most coveted free agents next month, Walker signed a one-year deal with the Edmonton Eskimos, keeping with the only team he’s known through three seasons in Canada.

“I have a lot of great teammates out there and it feels like home. It’s a home away from home,” the Houston, Texas native said from his home on Friday, shortly after his contract extension was announced.

“I started out there and I love the city, I love the fans. It’s one of the best organizations in the CFL,” he said.

Walker went through this in September, when he’d been released by the Tampa Bay Buccaneers. A free agent at that point, every team in the league approached him, envisioning their quarterback making easy-looking connections with him.

When his contract expired again after a 2017 season that saw him make 48 catches for 634 yards and two touchdowns in eight games, he said he put a lot of thought into what would be the best move for him. He just doesn’t see any greener grass than the artificial one at Commonwealth Stadium. 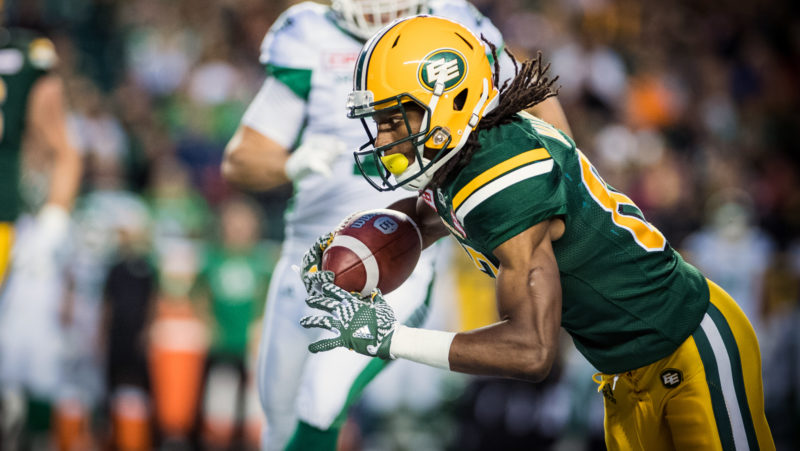 Derel Walker returned to the Eskimos part way through 2017 following a stint in the NFL (Johany Jutras/CFL.ca)

Having the reigning MOP throw him those passes played a big part in his quick decision, too.

“I get to play with one of the best quarterbacks in the league,” Walker said of Mike Reilly. “And that’s a big plus for me. We’ve got a lot of great receivers alongside of us, too. It’s going to be a (big) year. A lot of people are going to factor into it. I’m just ready for the season to start.”

A year older, wiser and better, Walker is excited to get back on the field.

“I had eight regular season games,” he said of his 2017 season. “I’m looking to see what the future has to hold. Without a doubt I’m excited about being able to play for 18 games and see how that goes.”

He could also go into this season with a high-profile former teammate competing in the CFL with him. Walker spent the 2012 and 2013 seasons at Texas A&M, where Johnny Manziel began his rise to football fame. Manziel’s rights are held by the Hamilton Tiger-Cats. Manziel’s agent, Erik Burkhardt, imposed a Jan. 31 ultimatum on the team to make him a satisfactory contract offer.

“He was a great teammate to me. He’s a great competitor,” Walker said. “As far as I see him, a lot of the stories you hear about him he was just a kid in college, partying. He’s a great dude. He was always good to me.”

Should he get onto a CFL field, Walker thinks Manziel would be a good fit.

“Most definitely, without a doubt,” he said. “Johnny’s a playmaker. He has the ability to make plays and he has a great arm. If he gets to the CFL, I’d be excited to see what he can do.”