Steinberg’s MMQB: Catches to be had in free agency 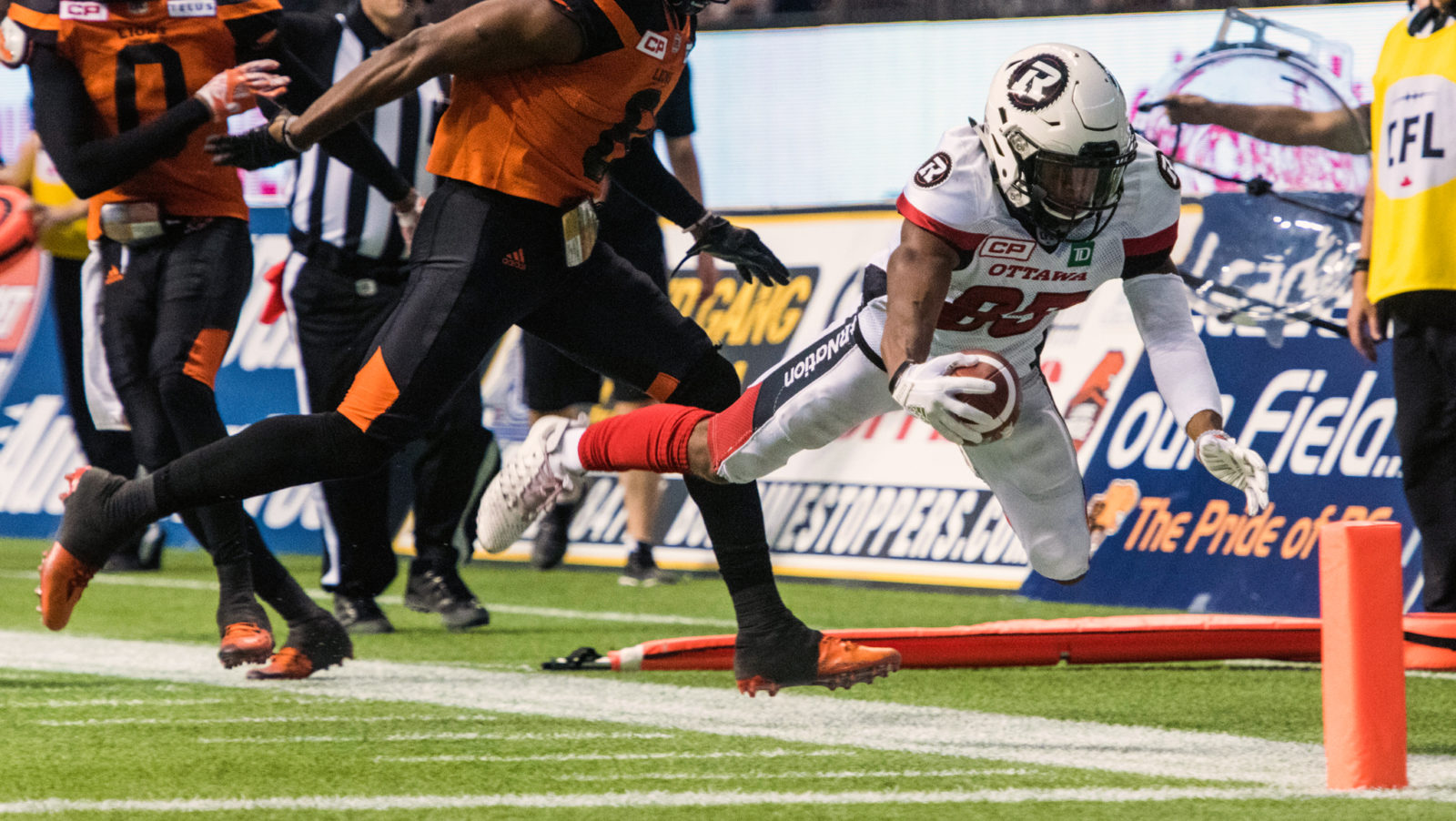 Steinberg’s MMQB: Catches to be had in free agency

We’re about a month away from the opening of 2018 free agency, and one position will likely be in the spotlight more than the rest.

A number of big-name free agent receivers have signed contract extensions with their teams this winter, and yet that position remains the most stacked when you take a look at the free agent class.

A couple of big names are already off the board. Brad Sinopoli re-upped in Ottawa almost as soon as he was eligible, while the Eskimos got Derel Walker locked up late last week (more on that later). But there are still three receivers potentially available who should get all kinds of interest, and for good reason.

Let’s start with S.J. Green, who is coming off an incredible bounce back season. In fact, his first (and perhaps only) season with the Toronto Argonauts is his best to date in the CFL, which is pretty incredible to think.

Prior to suffering a season-ending injury early in 2016, Green had gone over 1,000 yards receiving in four of five seasons. But to see the 11-year pro post a career-best 1,462 yards in 18 games with the Argos truly was outstanding, as were his 10 touchdown catches, the second best total of his career. Of course, it culminated with a Grey Cup Championship, which made his comeback season that much more remarkable. 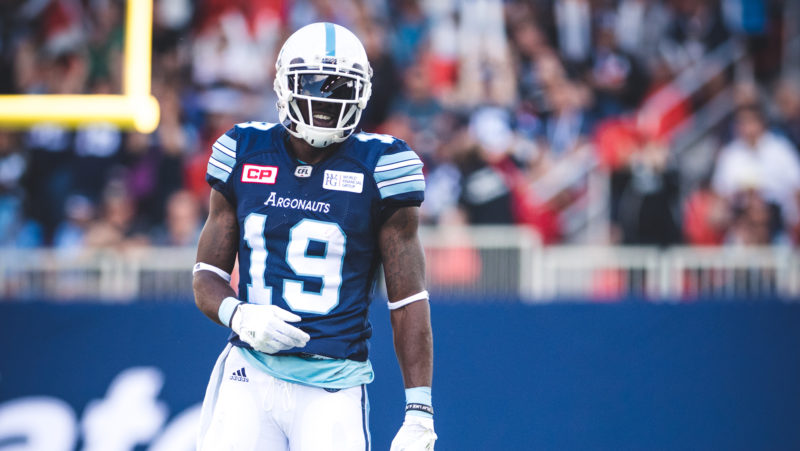 S.J. Green had a career year at age 32 with the Argos, hauling in 10 touchdown passes (Johany Jutras/Argonauts.ca)

Green will turn 33 right around the start of the 2018 season, but I wouldn’t be worried about age with him. Because of the way Green plays, I can see a number of effective years ahead. He’s a physical, possession receiver and doesn’t rely on burning speed. Instead, he uses his strength, vision and route running as his strongest assets, and I don’t see those things dropping away dramatically.

About six years Green’s junior is Duron Carter, who is a free agent as of now. I still think there’s a good chance our 2017 Newsmaker of the Year re-signs in Saskatchewan, but it that doesn’t come to pass then Carter might be the hottest commodity out there.

We’re talking about a 26-year-old dominant receiver here, and what Green did last year might be just starting to scratch the surface of what he’s capable of. I know there have been some off-field issues in the past, and I’d never say completely ignore that. However, Carter has worked hard to move beyond those incidents, and I feel what he does on the field speaks loudest now.

I don’t know if there’s a better CFL receiver in coverage right now, and that includes Green, who owned that title for so long. Carter is a physical specimen and battles tooth and nail for every ball. He’s strong, productive after the catch and has the speed to create necessary separation. If the Riders are unable to bring Carter back, he’ll find easily find a landing spot elsewhere.

And then there’s Diontae Spencer, who might be the most intriguing name of all. If he and the Ottawa REDBLACKS don’t come to an agreement, Spencer’s ceiling is ridiculously high. At 25, he’s the youngest of this trio and is coming off a breakout season that seems like a sign of things to come.

With blazing speed and immaculate hands, Spencer has so much potential, especially if he’s used as a focal point of an offence. With Sinopoli and Greg Ellingson in the fold, and really good to boot, Spencer was a secondary option last year with Ottawa. Whether it’s with the REDBLACKS or another team, I’m fascinated what he could be with a larger role. 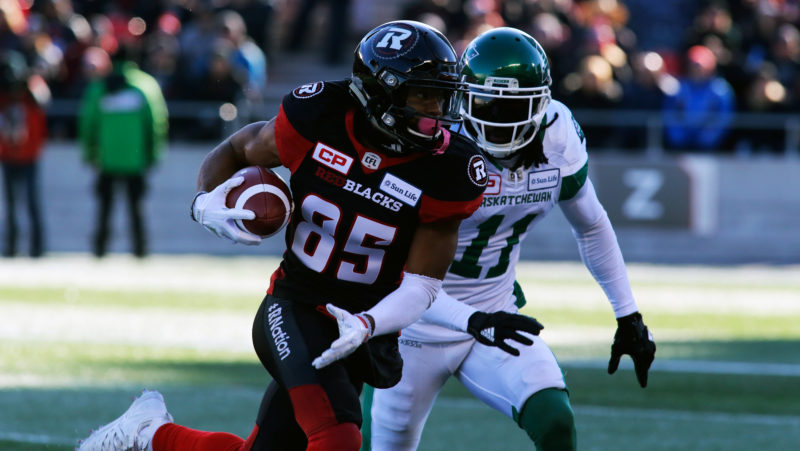 And let’s not forget how valuable Spencer was in the return game last season. Spencer was second to only Roy Finch in punt return yards in 2017, and was also very productive in more limited work as a kick returner.

Who knows if any of these three guys will end up making it to free agency, or changing teams if they do. As of right now, though, the free agent balance of power lies with the receivers.

One team that won’t be looking too hard at receivers is the Edmonton Eskimos, especially after their aforementioned signing of Walker late last week. And, yes, I’m fully aware the Esks will be without the services of Brandon Zylstra for the 2018 campaign, as he’s now a member of the NFL’s Minnesota Vikings. But if there’s one team capable of absorbing the loss of the league’s leading receiver, it’s Edmonton.

Zylstra had an incredible season, and I think he’s got a great chance of sticking with the Vikings. But he’s no longer in the fold, and the Eskimos have to react to his departure. Luckily they’ve stocked so many solid receivers over the last few years that that reaction doesn’t look to be too taxing.

Upon his return from the Tampa Bay Buccaneers last season, Walker got right back into his 2016 form. After a little acclimation time, Walker looked as dynamic as ever and was on pace for more than 1,400 yards over a full season. With a full training camp, I think he’ll go a long way in replacing what was lost with Zylstra.

The other big part of that is Adarius Bowman, who seems like a really good candidate for a massive bounce back season. Bowman battled injuries in 2017 and wasn’t anywhere near as productive as we’ve seen. Injuries were a part of that, as was Zylstra’s emergence and increased attention minus Walker. 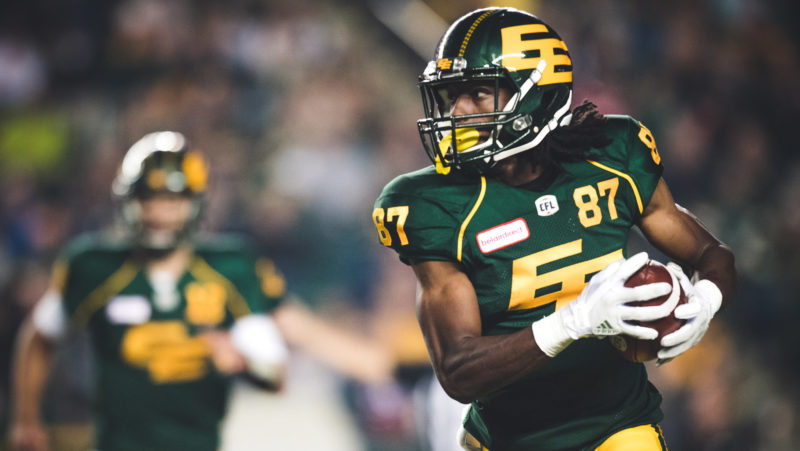 I still believe Bowman is one of the CFL’s very best and he’s got a huge chance to be just that again in 2018. With him and Walker reunited to begin training camp, a repeat of their dynamic duo form of 2016 seems like a realistic possibility.

And then there’s D’haquille Williams, who had a very quietly strong rookie season in Edmonton. This guy looks like a candidate to really take a step this season, as his size and physicality are a really good fit with quarterback Mike Reilly.

The Esks still have to determine whether pending free agent Vidal Hazelton will be back for 2018, but that outcome doesn’t change how deep this team remains at receiver. To lose a player like Zylstra and still be considered one of the deepest receiver groups in the league tells you all you need to know.

I thought Zach Collaros looked energized and excited to be a member of the Saskatchewan Roughriders when he was introduced early last week. We always talk about changes of scenery and how they might benefit the player involved, but it doesn’t work out that way each and every time. If there’s one time I feel like it might, though, it’s in Collaros’s case.

Collaros had a ton of success in Hamilton. He got a chance to be a number one quarterback, he led them to a Grey Cup appearance in 2014, and he became a household name in the league. But the last few years have been difficult, and a fresh start seemed like the only thing that could get things back on track for Collaros. 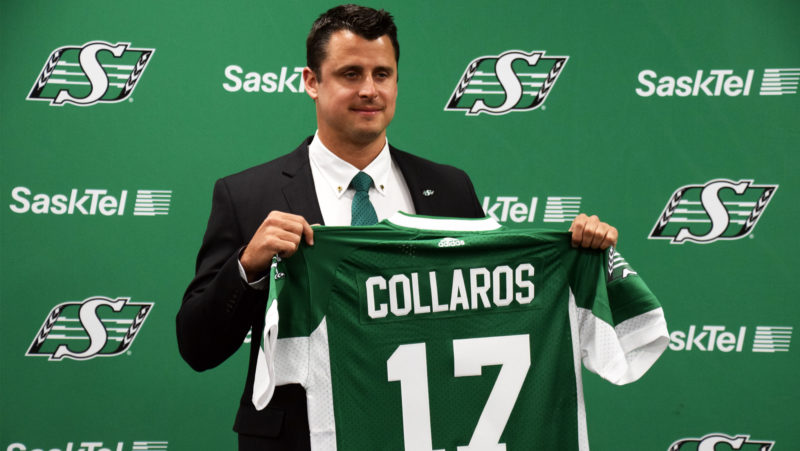 Zach Collaros was introduced as a Saskatchewan Roughrider at a press conference last week (Riderville.com)

I don’t know if his time will be ultimately successful in Saskatchwan or not, but I do know this: the situation wasn’t going to be rectified with the Tiger-Cats. With a new coach and the success of Jeremiah Masoli in the second half of the season, I just couldn’t see things working out in Hamilton, even if the team could make the financial side of things work.

With the Riders, Collaros is joining a team that targeted him to push them over the top. Remember, Saskatchewan was mere seconds away from playing for the Grey Cup a few months ago. The fresh start Collaros is getting in Saskatchewan is big by itself, but the faith Saskatchewan is putting in him could very well serve as a huge boost of confidence to really make the coming year a successful one.