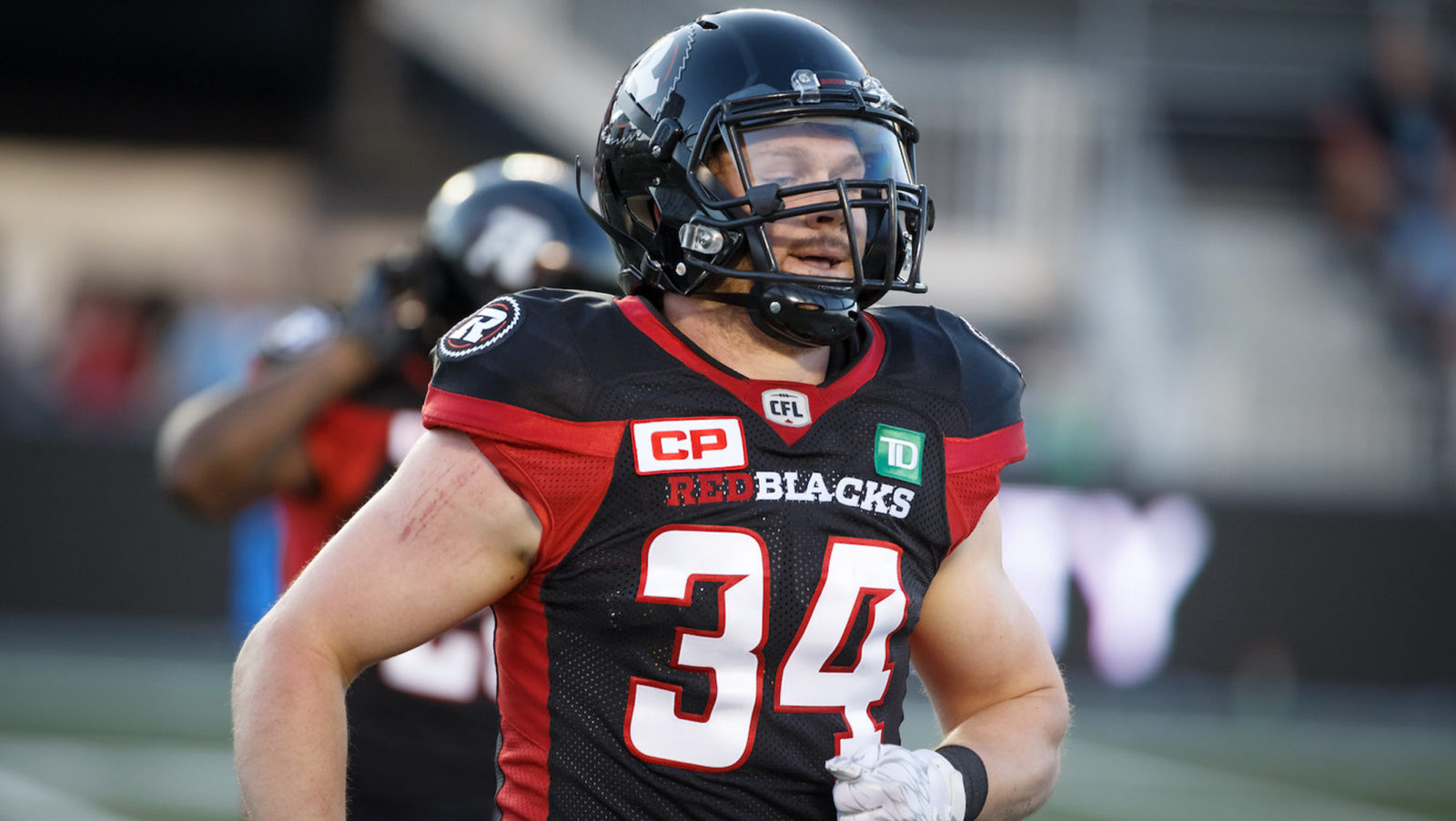 OTTAWA — The REDBLACKS have signed running back and 2017 draft pick Ed Ilnicki to a two-year deal, the club announced Tuesday.

After suiting up for the REDBLACKS in the pre-season in 2017, Ilnicki went on to a standout season at the University of Alberta that ended in the 22-year-old receiving the Hec Crighton Trophy as the top player in Canadian university sports.

Ilnicki set a single-season Canada West record in 2017 with 1,468 rushing yards. He also led U Sports in rushing touchdowns, with 11, and carries, with 196.

The 5-foot-10, 220-lb Spruce Grove, Alberta native was selected by Ottawa in the seventh round of last year’s CFL Draft.