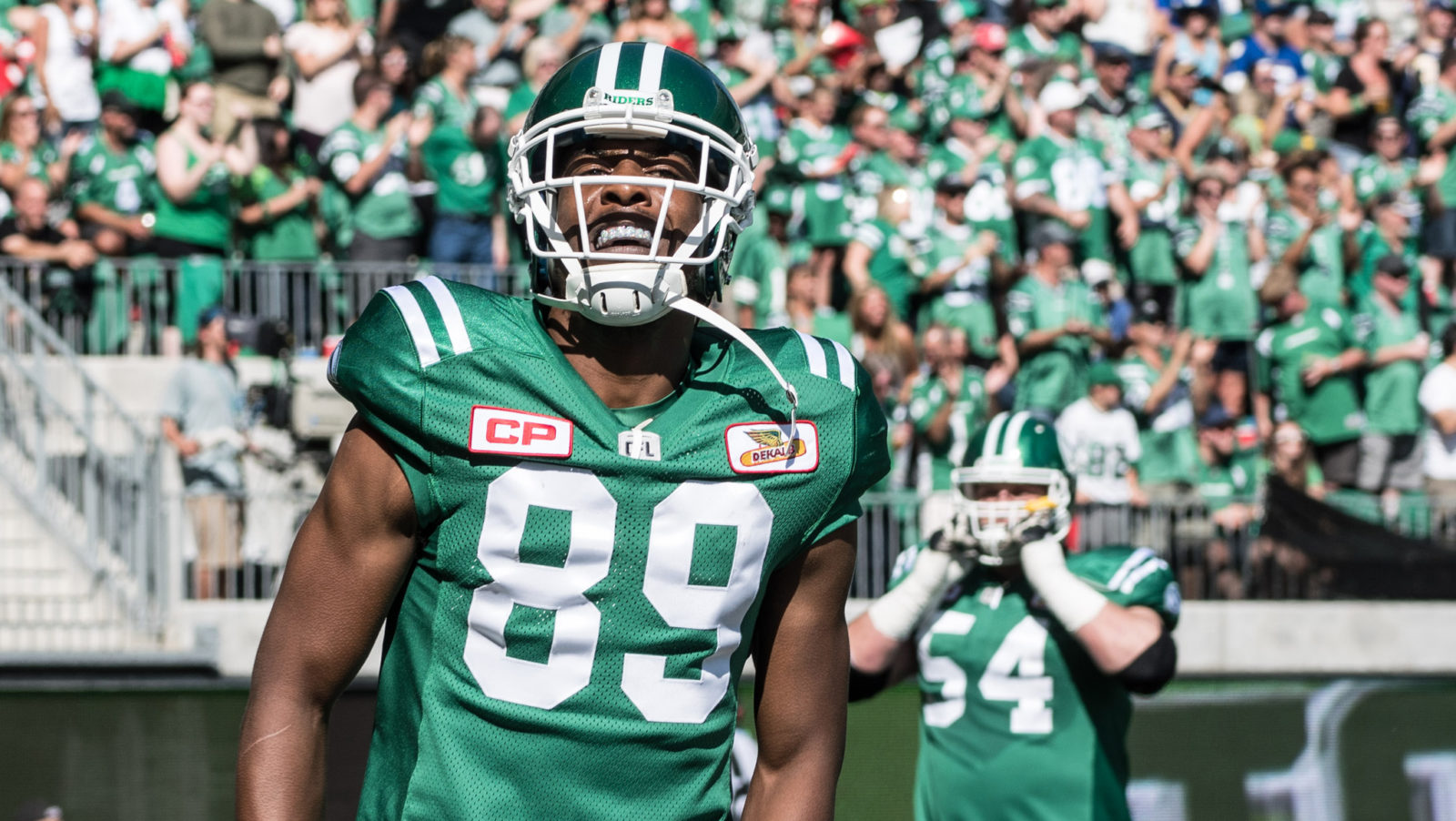 Carter, a 6-foot-5, 205-pound international, will remain with the Riders after joining the team in January, 2017. The 26-year-old, four-year veteran originally entered the CFL with the Montreal Alouettes in 2013. He played two seasons with the Als before spending part of the 2015 season with the NFL’s Indianapolis Colts. He then re-signed with Montreal for 2016.

RELATED:
» Must Watch: Duron Carter makes the catch of the year
» Carter named CFL.ca’s Newsmaker of the Year
» Free Agent Tracker: Who’s up for grabs on Feb. 13?
» Bio: Duron Carter by the numbers

In his first season with the Riders, Carter played all 18 regular-season games starting 17 at wide receiver, registering 73 receptions and totaling team-leading and career highs of 1,043 receiving yards and eight touchdowns.

Carter also spent time at defensive back, starting one game, where he collected nine defensive tackles and one interception which he returned 43 yards for a touchdown.

He also added 15 punt returns for 112 yards and two missed field-goal returns for 30 yards and returned a missed convert 113 yards for a two-point score. At season end he was named the Riders’ Most Outstanding Player, a CFL All-Star and West Division All-Star.