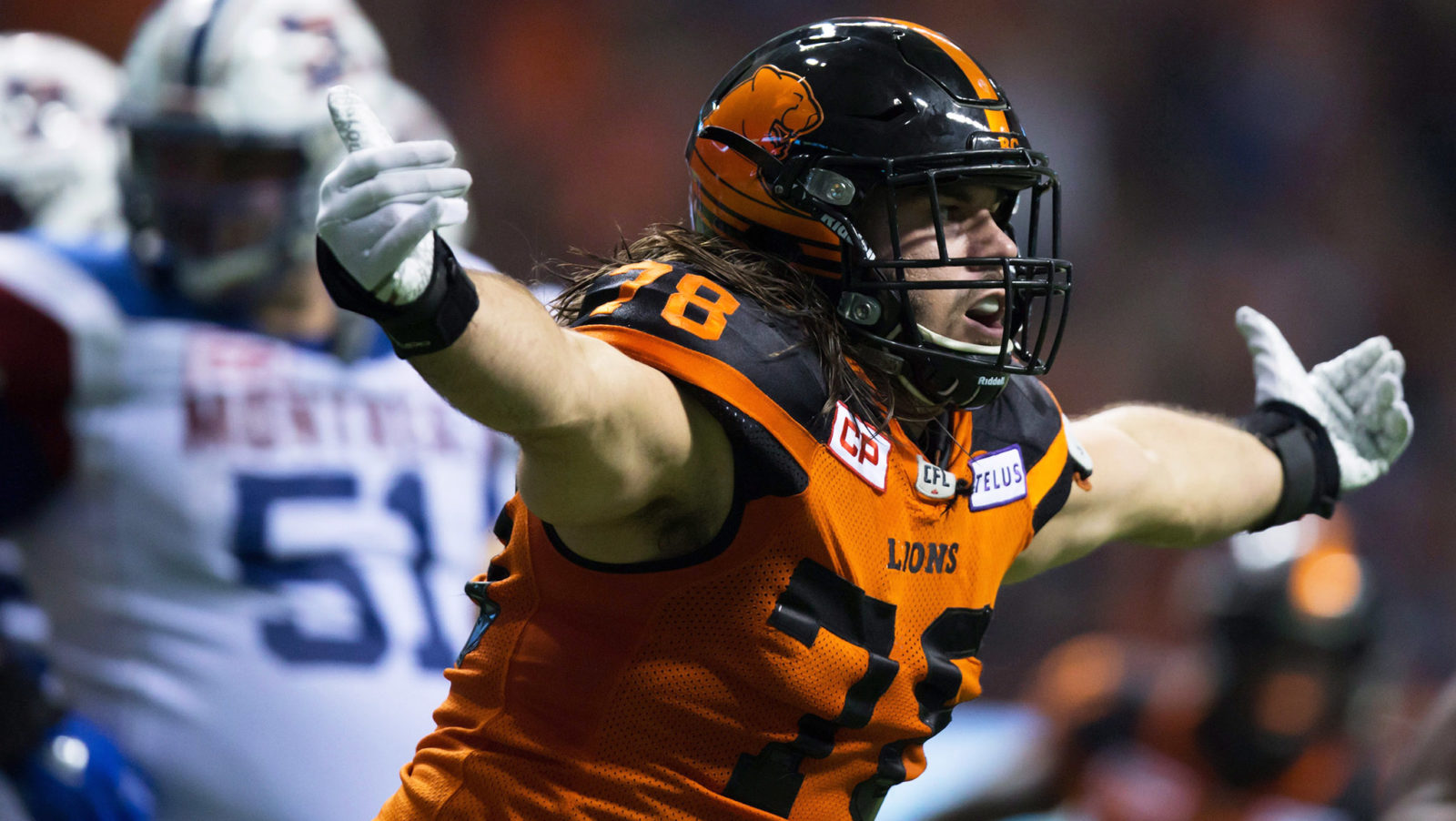 VANCOUVER — The BC Lions have signed Canadian defensive lineman David Menard to a two-year contract extension, the team announced Monday.

Menard, who was eligible to become a free agent in February, is now signed up with the Lions through 2019.

“David is a valued and productive part of our defence,” said head coach Wally Buono. “He has embraced every role we’ve given him whether it’s as a starter or rotation player and we are very happy to have him back with us.”

RELATED:
» GMs Up Front: Hervey feeling like he never left
» Free Agent Tracker: Who’s up for grabs on Feb. 13?
» Bio: David Menard by the numbers

Originally joining the Lions as the club’s fourth-round CFL Draft selection in 2014, the University of Montreal standout is set to enter his fifth season with the club.

Through 70 regular season games, David has recorded 15 sacks and 38 defensive tackles. His best effort on the 2017 season came against the Montreal Alouettes on Sept. 8 when he tallied three defensive stops and a pair of sacks.

Last year, Menard got to the quarterback five times, adding 10 defensive tackles and a pair of forced fumbles.