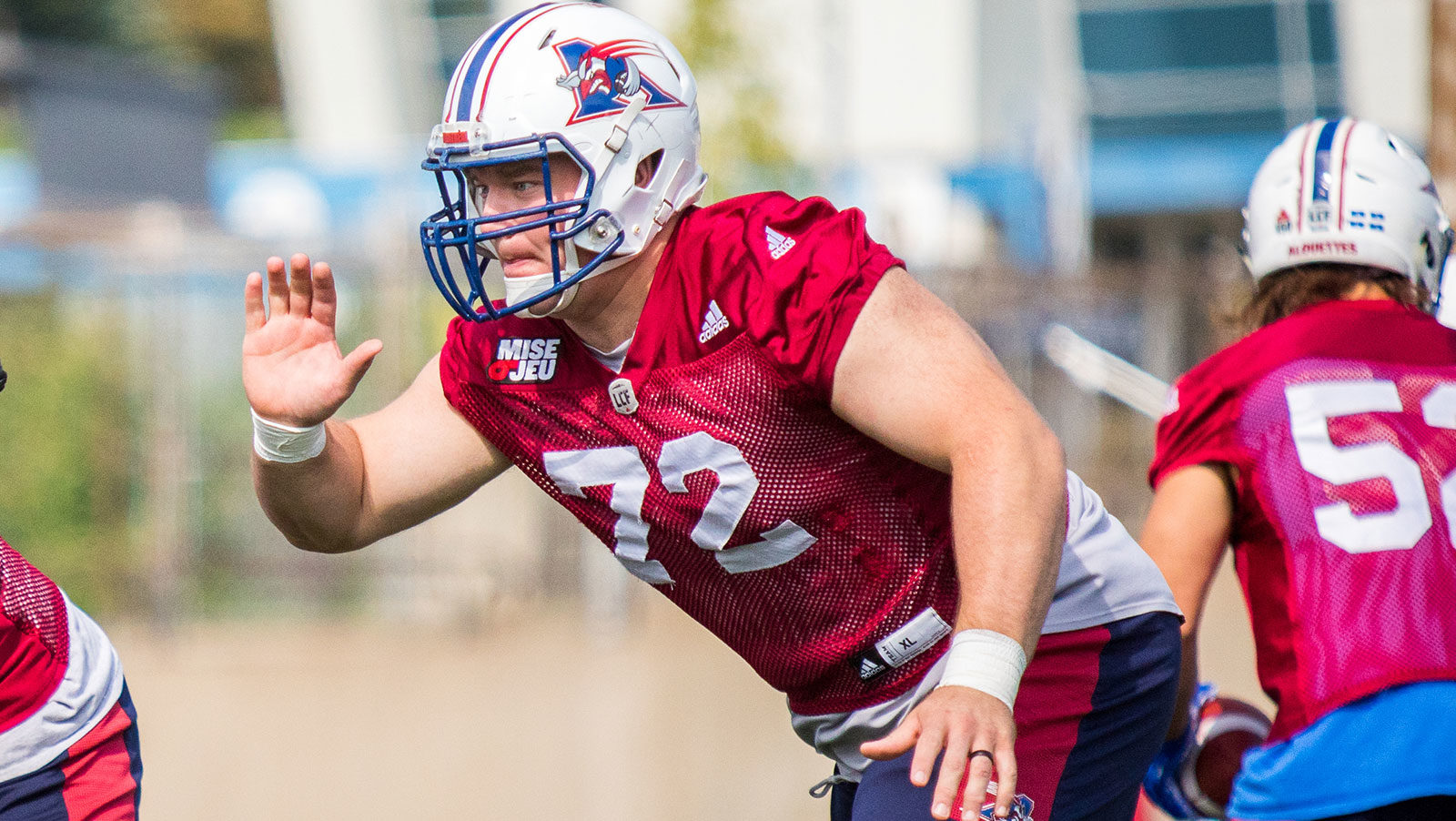 The Als also announced the addition of four players, adding linebackers Brandon Calver and Robbie Meade to the roster as well as running back Josh Robinson and receiver Jack Bramswig.

He was voted an OUA (Ontario University Athletics) second-team all-star. The 24-year-old helped the Golden Hawks win the OUA championship in 2016. In six career playoff games, Calver was a force for Laurier as he made 30 tackles and two sacks. He also forced two fumbles and recovered one while knocking down a pass.

Meade (6’3″, 245 lbs.) returns to the Alouettes after being a member of the team’s practice roster last season. The former Kean University quarterback switched to the linebacker position for his final two collegiate seasons, where the Colonia, N.J. native amassed 176 tackles in 19 games, adding four sacks and 14.5 tackles for losses, while forcing four fumbles and recovering one. He led the Cougars with 102 tackles in 2015, 15 of which came in a single game.

Robinson (5’8”, 217 lbs.) played at Mississippi State in the NCAA for three seasons. In 39 games, the running back carried the ball 323 times, good for 1,997 yards and scored 15 touchdowns. The Bogalusa, La. native was drafted by the Indianapolis Colts in the sixth round of the 2015 NFL Draft.

In August of 2015, he had a workout with the Detroit Lions. In 2016, the 25 year-old spent some time with the Saskatchewan Roughriders. In April 2017, Robinson played in The Spring League, a showcase for NFL and CFL scouts.

Bramswig, (6’5”, 220 lbs.) played one season for the Boston College Eagles on special teams after graduating from Manhattanville College. In 2016, he racked up 14 receptions and three touchdowns in just three games with the Green Bay Blizzard in the Indoor Football League. He won the Adam Pringle Award for a person who exemplified outstanding service and dedication to their surrounding community.

The Pleasantville, N.Y. native is a former basketball player; he scored more than 1,000 points in his college career. Bramswig was All-State in football, basketball and baseball before graduating from Pleasantville in 2010.