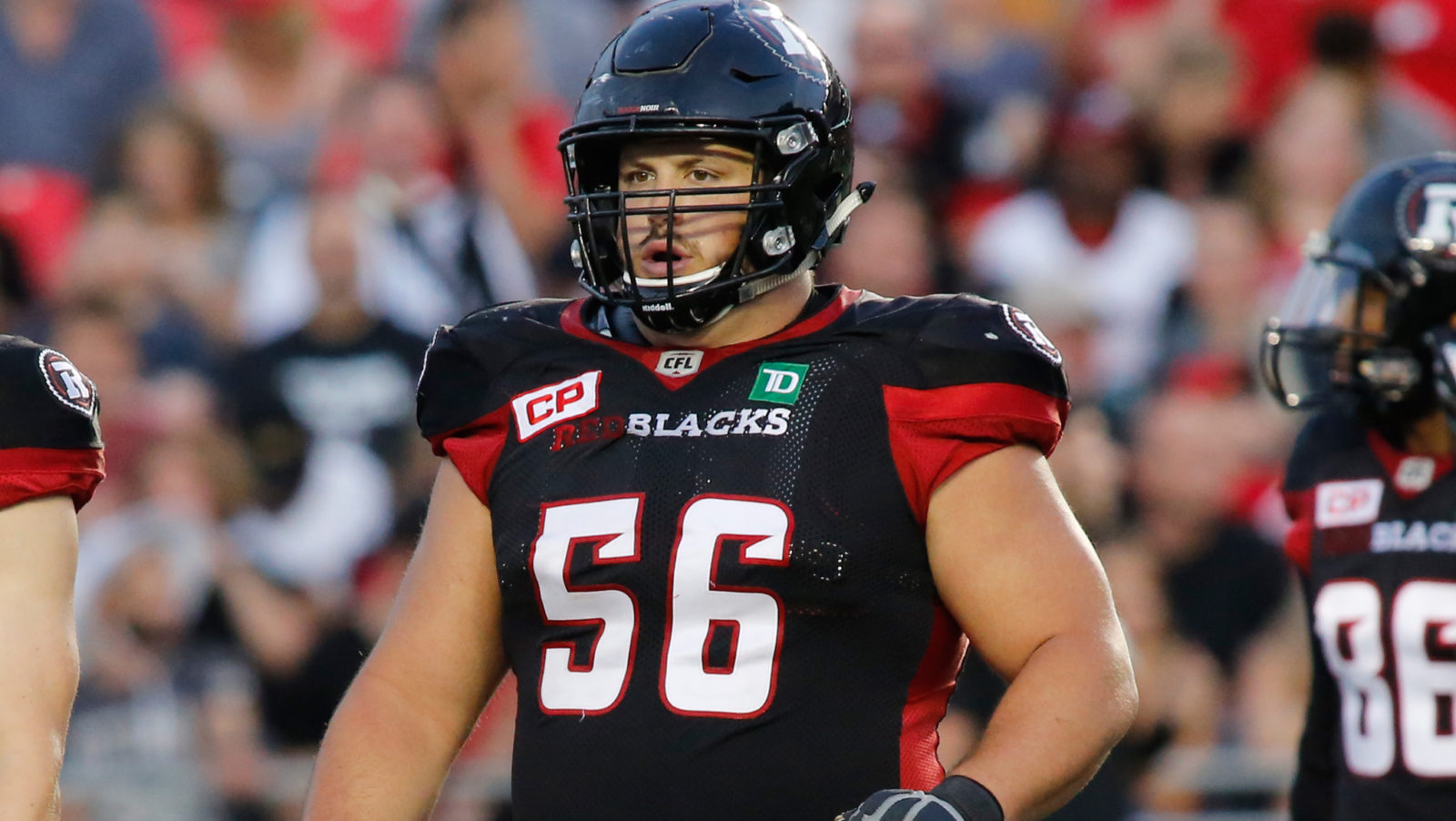 Mateas finished his third season with the REDBLACKS in 2017 in a CFL career that has already included two Grey Cup appearances and one championship in 2016.

He was due to become a free agent on Feb. 13 and was ranked third on CFL.ca’s top 30 list.

“Alex has proven himself as a steady performer who continues to grow into a top-end offensive lineman in the CFL and is another important piece of the puzzle as we continue build toward the 2018 season,” said REDBLACKS head coach Rick Campbell. “I know Alex is proud member of RNation and we’re excited to have him back as part of the REDBLACKS family.”

The 6-foot-4, 309-pound Ottawa native has played in all but one of the REDBLACKS games during his tenure with the team and has emerged as a consistent, versatile presence on the offensive line.

“I couldn’t be happier or more excited to be coming back to the REDBLACKS,” said Mateas. “We have a great organization, a great staff and a great group of guys in that room. I’m looking forward to doing everything I can to bring another Grey Cup to our city.”

A centre at the University of Connecticut, Mateas has primarily played left guard in the CFL, filling in at centre as needed.