Burnett still heartbroken after being left off Grey Cup roster 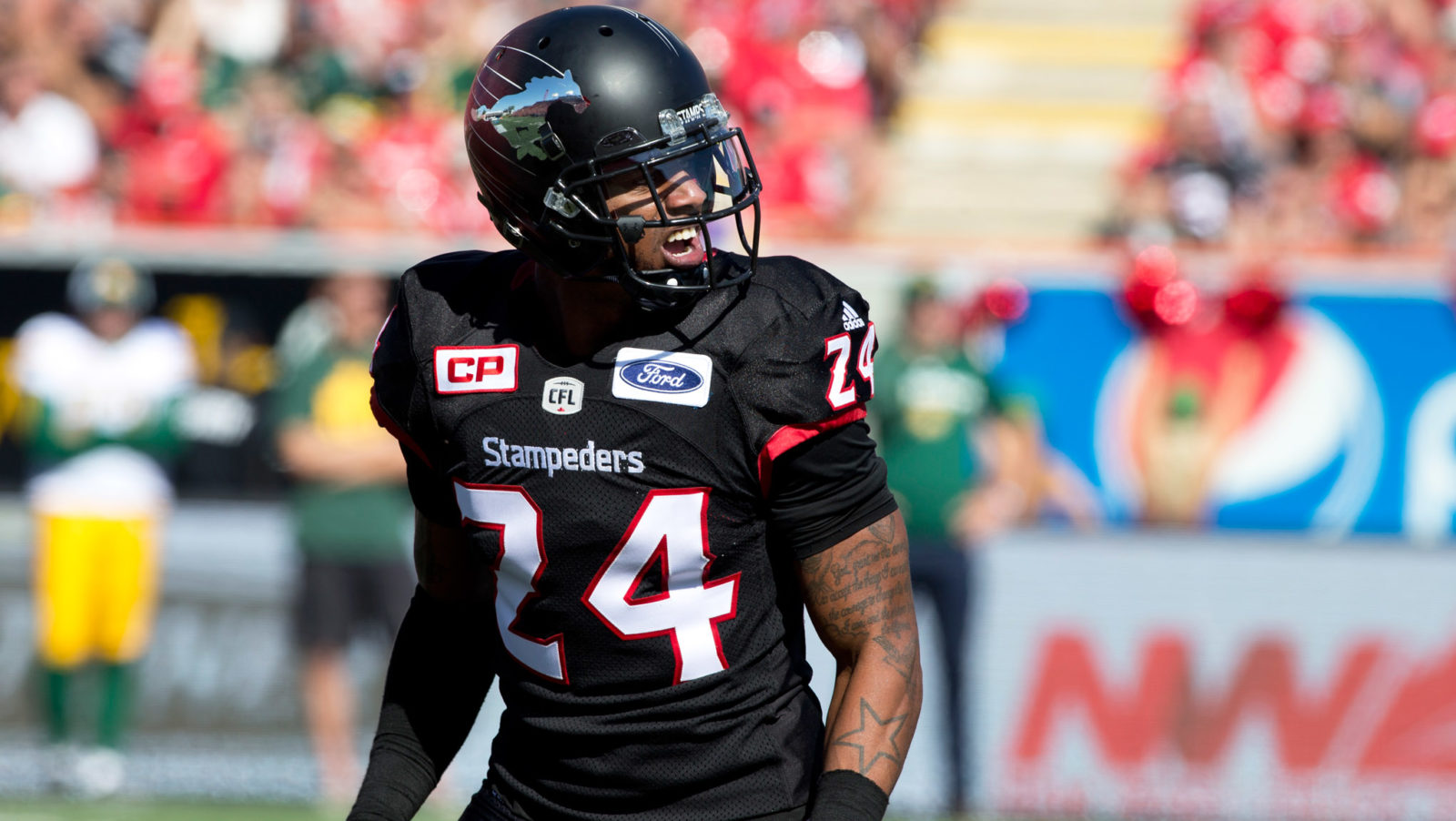 Burnett still heartbroken after being left off Grey Cup roster

In the span of a week Joe Burnett went from euphoria to frustration.

The Calgary Stampeder linebacker believed he had answered any questions about his ability with his performance in the CFL Western Final. But his elation turned to exasperation when the Stampeders left him off the active roster for Calgary’s Grey Cup loss to the Toronto Argonauts.

“I was in tears standing on the sidelines,” said Burnett. “I was shocked.”

Last season was a roller coaster of emotion for the 31-year-old Florida native. 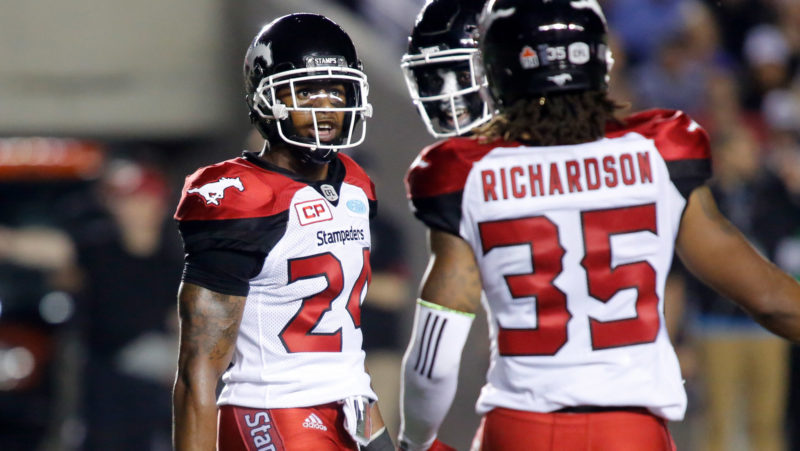 Burnett collected 11 defensive tackles in his third season in Calgary in 2017 (Patrick Doyle/CFL.ca)

It was during a fall motorcycle trip between his home near Orlando to Dallas that Burnett decided he still wanted to play football.

Being alone on the road gave the Central Florida graduate time to think, reflect on the past and make some decisions about the future.

Just a few weeks earlier on Sept. 9, Burnett had fractured his left ankle in a game against the Edmonton Eskimos. In 2015 he had missed the last part of the season after injuring the same ankle.

“Being that was my second injury the only thing that went through my mind is, ‘this is it,’” said Burnett. “That was probably my last chance to play the game.

“I dropped tears. I texted my wife and told her I was done.”

Burnett went home to recover and consider his options. As the ankle healed, Burnett decided to take his Harley-Davidson on a 1,200-mile journey.

“It really just got my mind away from the game,” said Burnett. “Being on the road was just unreal.

“I had a little refresher. Me and the road, a lot of thinking, a lot of talking to the Lord. I decided I wasn’t done yet. I wanted to give it another shot.”

That shot came in the Western Final against Edmonton. Burnett got a call from the Stampeders on the Monday before the game. He returned to Calgary on the Tuesday, spent the rest of the week practicing, then played in the 32-28 win over the Eskimos.

“It was me showing across the league I’m 100 per cent healthy,” said Burnett, who had a tackle for a loss in the win. “It was basically redemption for me.

“I proved it to myself and I proved it to GMs across the league. I’m not done. I’m healthy. I’m 100 per cent. I (showed) this is how I can play day in and out, with that passion, that chip on my shoulder.”

Burnett made the trip to Ottawa for Grey Cup Week confident he would dress for the final. It would give him a chance to win his first Grey Cup ring and make amends for the Stampeders’ upset loss to the Ottawa REDBLACKS the previous season.

Burnett learned on the Friday night before the game he wouldn’t be dressing. The news felt like a blindside block.

“I can’t even describe the feeling that I had,” he said. “I was pissed off when I found out that I wasn’t even on the depth chart to be dressed, even on special teams.

“I was heartbroken to be honest with you.”

In the days leading up to the game the Stampeder coaching staff knew they had some decisions to make based on players’ health. In the end they opted to dress Shaquille Richardson, who had missed the Edmonton game, and sit Burnett. 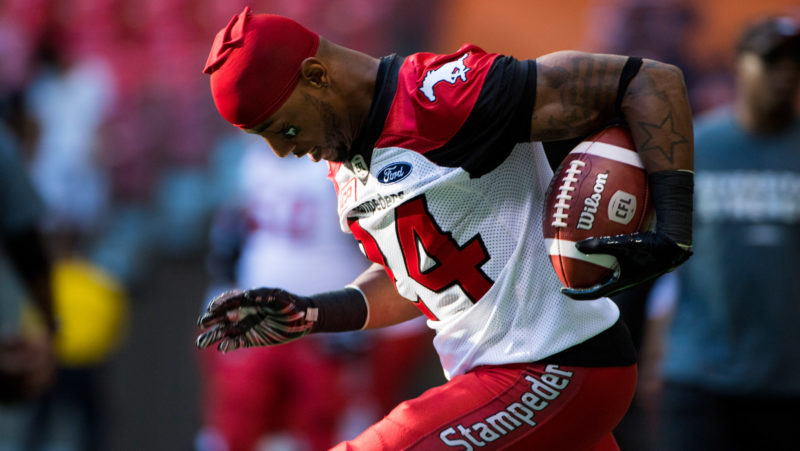 Burnett was caught off guard when he found out that he would not dress in the 105th Grey Cup (Jimmy Jeong/CFL.ca)

“In my opinion we went into that Grey Cup game with guys banged up,” said Burnett. “I was healthy. I was highly upset.”

Making matters worse, Burnett’s wife and two older brothers had traveled to Ottawa for the game.

“I felt they wasted their money,” he said.

Burnett watched the game from the sideline. With the Stampeders leading by eight points, and driving late in the game, he could feel the Grey Cup ring on his finger. Then a Kamar Jorden fumble resulted in Cassius Vaughn’s 110-yard touchdown return.

A field goal gave Toronto a 27-24 lead, then a late Argo interception sealed the upset.

“I was getting ready to go into the locker room and get my phone to start taking pictures of the celebration,” he said. “Then there was the fumble.

“It literally took the soul out of my heart. I was speechless. We were that close to the Grey Cup for a second year in a row (then) you lose it by a turnover? It was heartbreaking. It took a lot out of me.”

“I can’t even describe the feeling that I had. I was pissed off when I found out that I wasn’t even on the depth chart to be dressed, even on special teams. I was heartbroken to be honest with you.”

In 11 games with the Stampeders last year, six of them starts, the five-foot-10, 180-pound Burnett had 11 tackles, including a tackle for loss, an interception, a knockdown and a QB pressure. He also returned four punts for 32 yards.

Burnett heads into his seventh CFL season a pending free agent. He has received an offer from the Stampeders but hasn’t agreed to a contract yet.

“I’m thankful I do have an offer on the table,” he said,

“I haven’t totally locked into what I’m going to do.”

Burnett expects some changes on the Stampeders roster this year.  He also believes Calgary made a mistake in releasing defensive backs coach Kahlil Carter.

“I think he played a huge role in the secondary, getting us prepared, giving us ins and outs, tendencies and stuff like that,” said Burnett. “The little things he did going into games to prepare us. Losing that, I think will be a big loss for the team.”

Edmonton was the last team to appear in three consecutive Grey Cups. The Eskimos reached the final six times between 1977 and 1982, winning the last five Grey Cups.

Burnett is confident he will play somewhere in the CFL this season. After the last two years, just reaching the final won’t be enough.

“The ring is the ultimate goal,” he said. “I don’t have one.