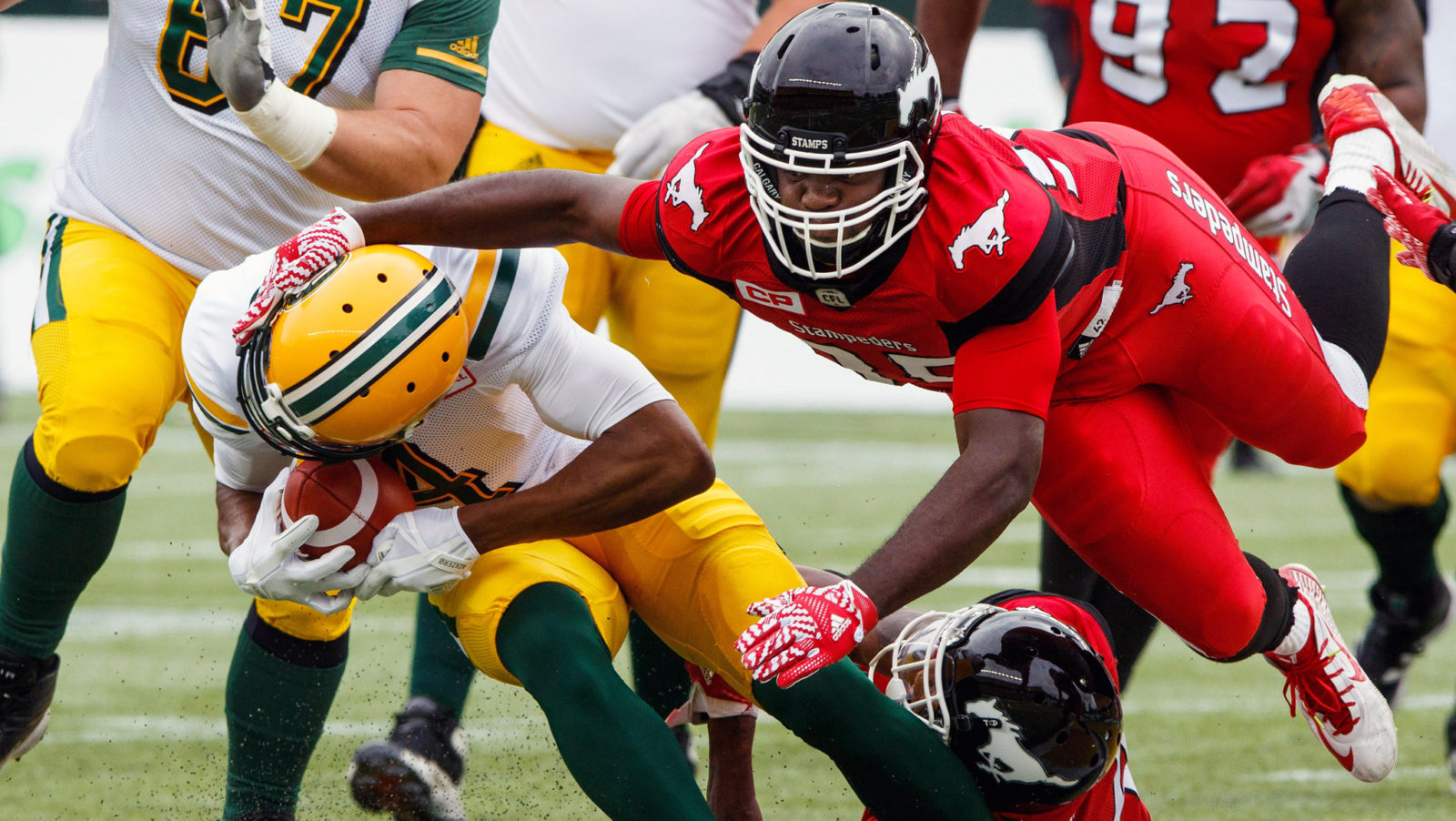 The Southern Methodist product, who was ranked 16th on CFL.ca’s list of the top pending free agents, was eligible for free agency on Feb. 13.

Davis joined the Stampeders in 2016 and has recorded 16 sacks in 28 regular-season games for the Red and White over the past two seasons. In 2017, he played 10 games including nine starts and had 32 tackles including one tackle for loss, nine sacks, 21 quarterback hurries, two forced fumbles, two fumble recoveries and a punt block.

Davis was named a CFL player of the week after recording three sacks, one forced fumble and one fumble recovery in a Week 14 victory at Saskatchewan.

“Ja’Gared is a dynamic player who is always around the ball and has a knack for making plays,” said President and General Manager John Hufnagel. “He has been a key part of our strength and depth on the defensive line since joining the team and I’m looking forward to more of the same in 2018.”

Davis signed with the Stampeders at the start of training camp in 2016 after spending time on practice rosters with the NFL’s New England Patriots, Kansas City Chiefs and Washington Redskins. He played all 18 games and made 10 starts in 2016, recording 32 tackles including five tackles for loss, seven sacks, three special-teams tackles, an interception, three forced fumbles, two knockdowns and a fumble recovery that he returned 14 yards for a touchdown.

Prior to turning pro, Davis played four seasons at SMU and was twice named first-team all-Conference USA while earning second-team honours on one occasion.

“It’s great to be back,” said Davis. “The Stamps are a great organization with great coaches and great people. I’m really happy to be staying with the team I started with and I’m looking forward to the challenge of winning a Grey Cup.”