Welcome to “The Grind”

Welcome to “The Grind”

The off-season is the time where CFL players hone their craft and fine tune their bodies for the upcoming season.

You will often hear from players when they’re asked how is your off-season training coming? ” Oh you know, just grinding away.”

On that note, we wanted to give fans an inside look into the lifestyle, workouts and training regimens of some of the biggest names in the CFL.

Our own Brodie Lawson has headed south to meet up with an array of CFL stars to see their hometowns, enjoy some dining hotspots & grind out some tough workouts.

Brodie’s 1st stop took us to Katy, Texas (The hometown to none other than 2016 MOP Bo Levi Mitchell)

.@BrodieLawson is in Katy, Texas. 🏡 to none other than Bo Levi Mitchell.

After getting a tour of Bo’s Alma mater, Brodie met up with REBLACKS OL SirVincent Rogers at “Killen’s” for some good ol’ fahion Katy BBQ !

Dinner last night at Killens BBQ in Texas with @SirV55 and the whole gang!! Our crew loved getting to catch up with this super sweet #CFL family 🇨🇦🏈🇺🇸 pic.twitter.com/l7utdMW49x

Now that she had the fuel, Brodie was ready to tackle her 1st workout. 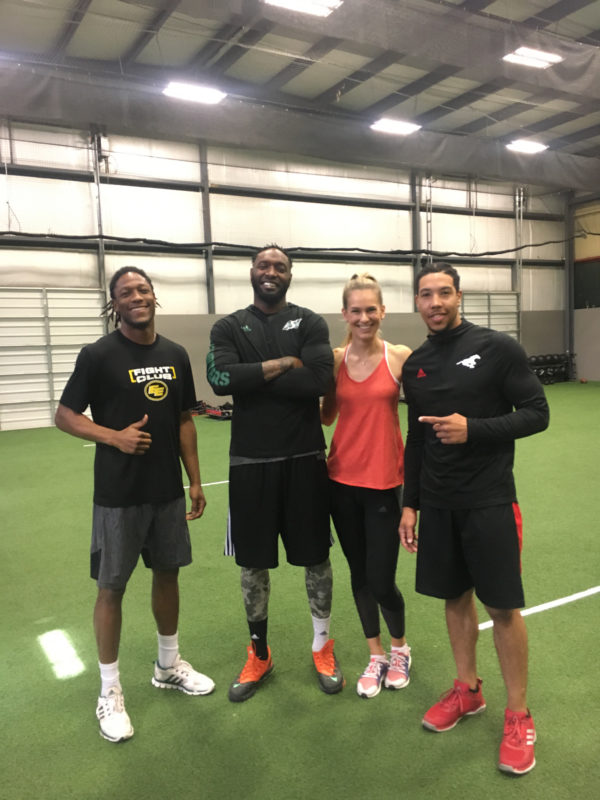 Next up, Brodie and the crew headed to Lafayette, Louisiana to meet up with Diontae Spencer