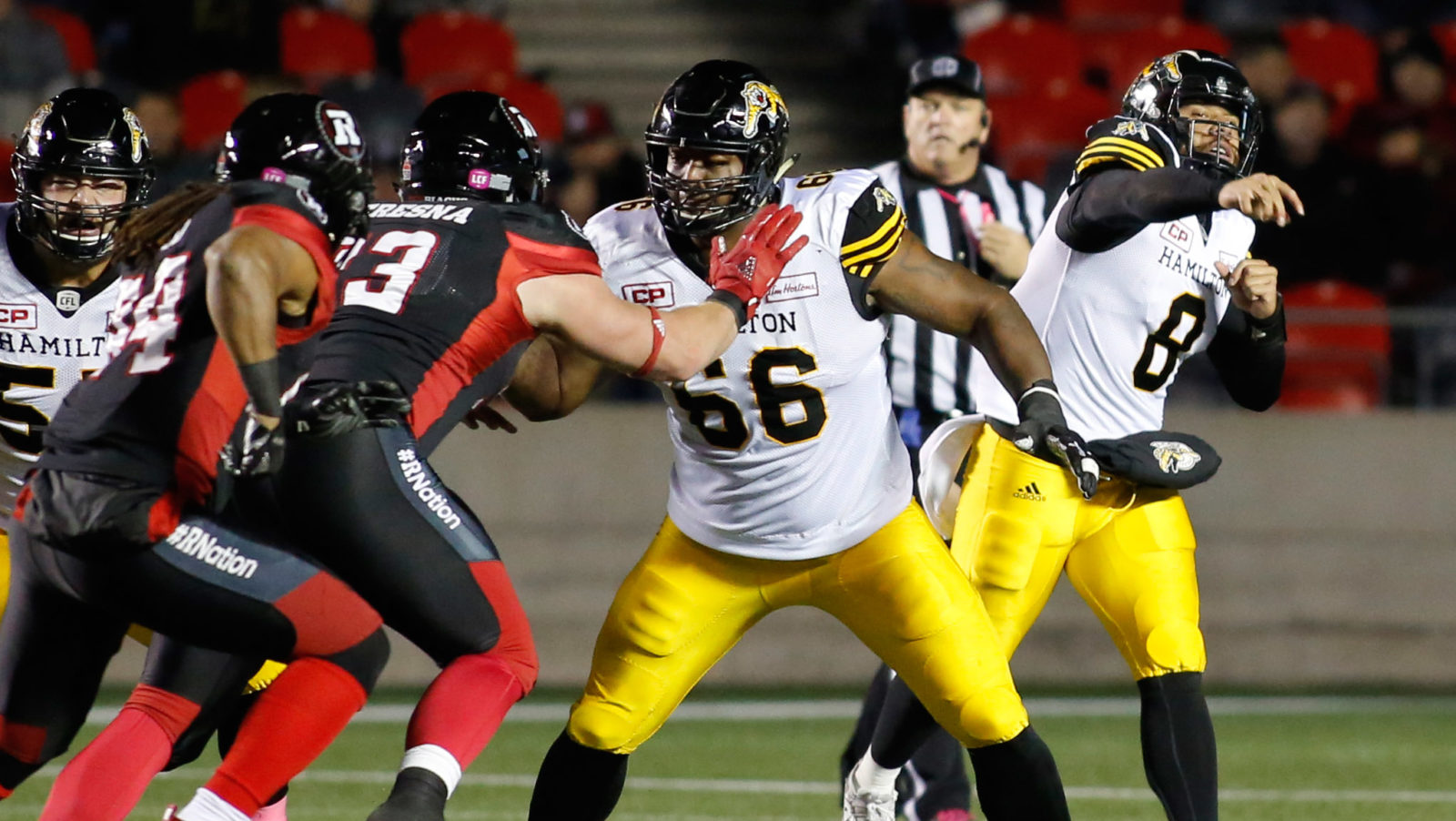 HAMILTON — The Hamilton Tiger-Cats announced Monday that the football club has re-signed international offensive lineman Tony Washington. He was set to become a free agent on February 13.

Washington, 31, split the 2017 season with the Edmonton Eskimos (six games) and Tiger-Cats (12 games), starting 18 games overall at both left and right tackle. The 6-7, 318-pound native of New Orleans, Louisiana, was released by the Eskimos on August 7 and signed with the Tiger-Cats the next day (August 8). He played the final 12 games of the season with Hamilton, suiting up in the first-three at right tackle followed by nine consecutive starts at left tackle. From Labour Day until the end of the season, Washington was part of an offensive line that allowed the third-least quarterback sacks (18), and produced the most rushing yards (1,149) and rushing touchdowns (13) over that span.