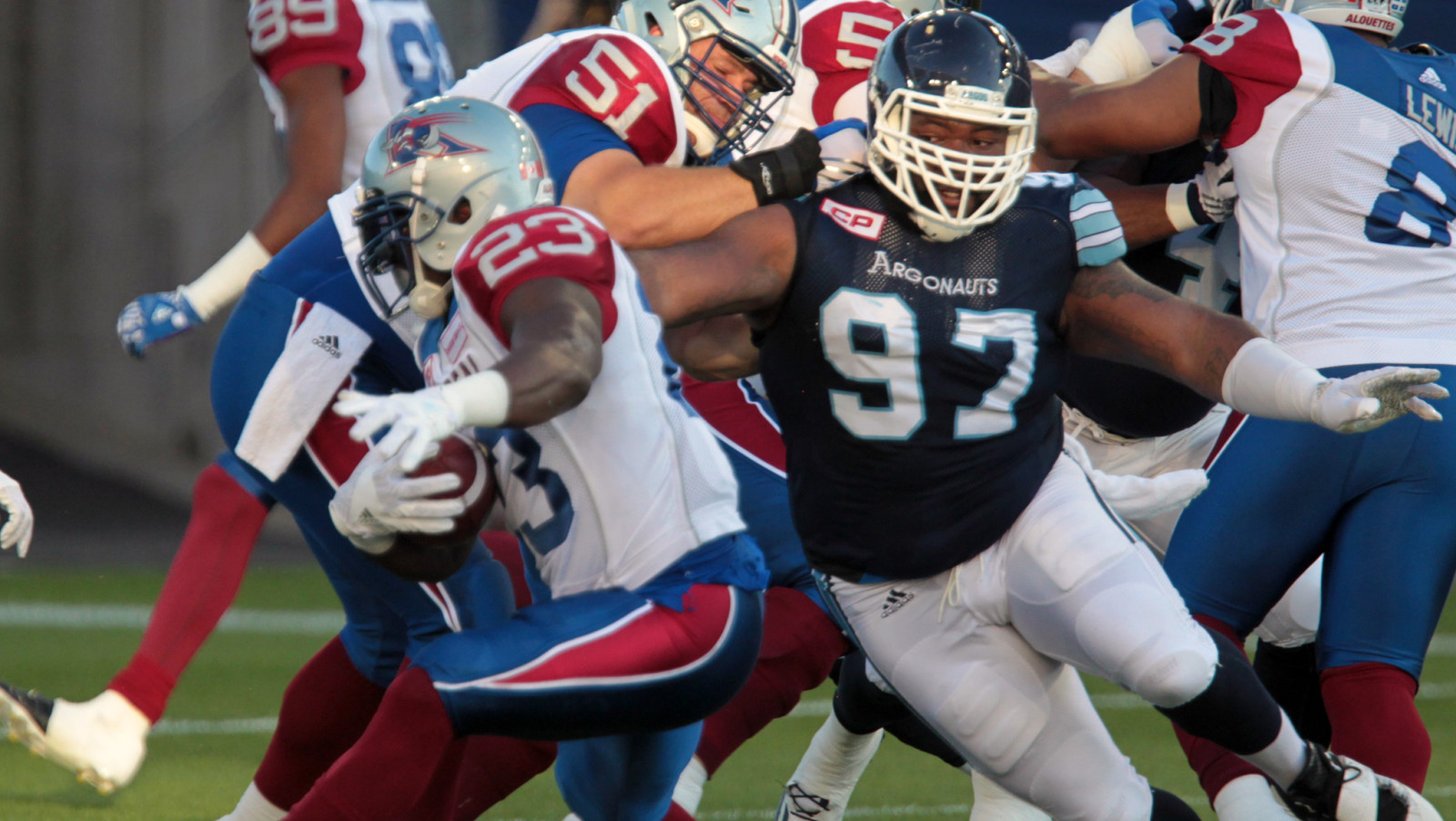 Bishop, 29, played in five games, starting four at defensive tackle in 2017, his second season with the club. The 6-0, 306-pound native of Fort Lauderdale, Florida, has played in 21 games in two seasons in Toronto, recording 37 defensive tackles, three sacks, one forced fumble, and two pass knockdowns. Prior to signing with the Argos, he spent time with the Dallas Cowboys, where he recorded four tackles in five games after being selected in the seventh round (251st overall) of the 2014 NFL Draft.

Tyms, 28, signed with the Argos as a free agent on September 14, 2017, after playing eight games in his second season with the Hamilton Tiger-Cats. The 6-3, 210-pound native of Seattle, Washington, has tallied 237 yards and one touchdown on 29 receptions in nine career CFL games. Before signing in Canada, the Super Bowl XLIX champion spent time with the Indianapolis Colts, New England Patriots, Cleveland Browns, Miami Dolphins, and San Francisco 49ers. In 18 career NFL games, he seven receptions for 94 yards and a touchdown.

Worthy, 24, played in four games during his first CFL season, after signing with the Argos as a free agent on January 27, 2017. The 5-9, 176-pound native of Griffin, Georgia, caught one pass for five yards and had one carry for three yards in 2017. He served as the team’s primary kick returner early in the season, recording 69 yards on 11 punt returns (6.3 AVG) and 136 yards on 10 kickoff returns (13.6 AVG). Worthy previously spent time with both the New York Jets and Houston Texans, posting 13 yards on three receptions in three career NFL games.