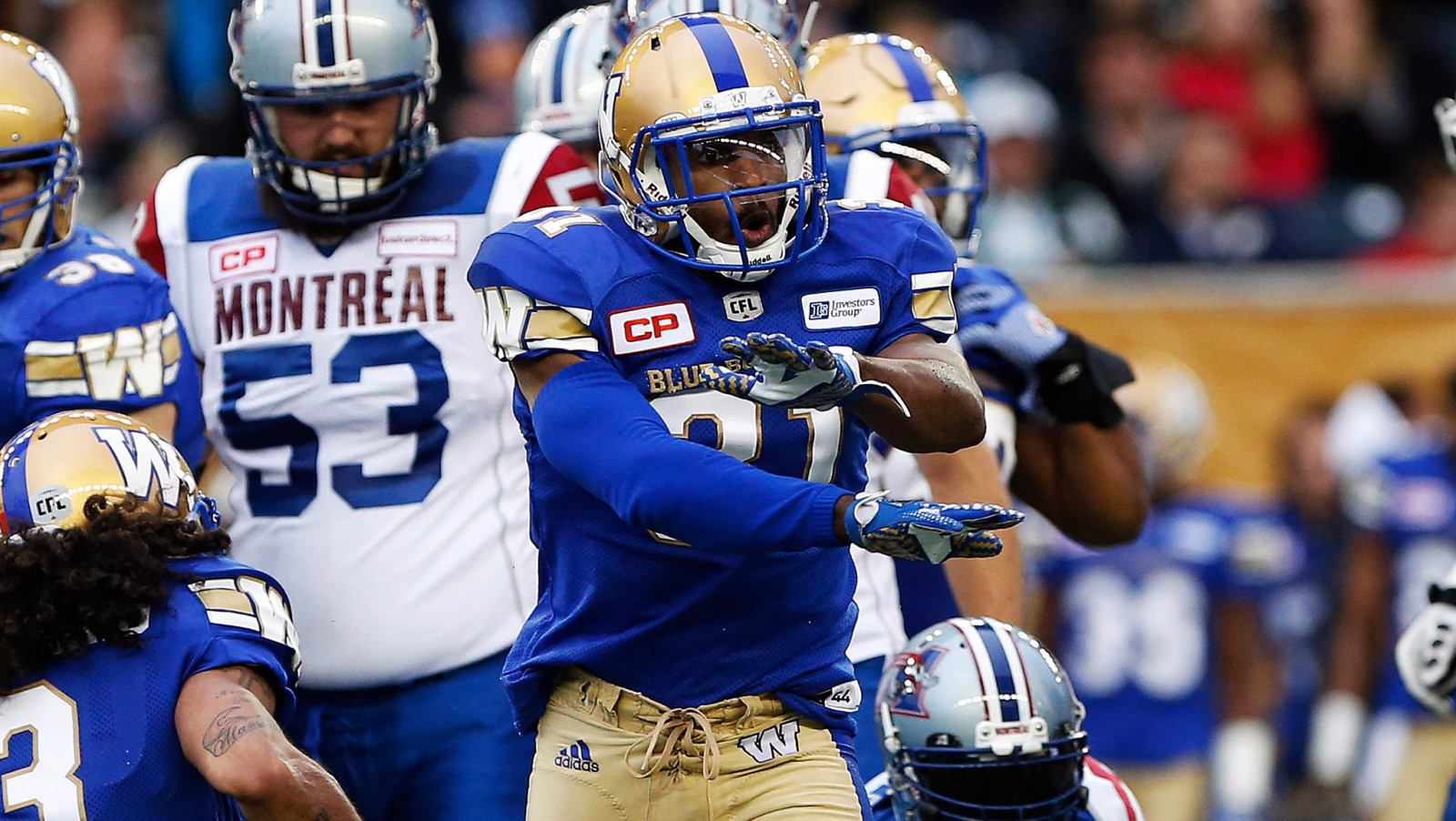 WINNIPEG — The Winnipeg Blue Bombers have signed pending free agent defensive back Maurice Leggett to a one-year contract extension, the team has announced.

The DB/SAM linebacker, who suffered a season-ending injury late last year, was the 27th-ranked pending free agent according to CFL.ca’s top 30.

Leggett, who was scheduled to become a free agent on Feb. 13, started 13 games for Winnipeg in 2017, recording 50 defensive tackles, three sacks, three interceptions (one returned for a touchdown), three forced fumbles and one punt return touchdown.

“Maurice Leggett has shown the ability to change games defensively for us for a number of seasons now,” said General Manager Kyle Walters. “His ability to simply make plays is evident every time he steps on the field, and his athleticism and versatility is important for us. This is a key piece of our roster we were able to re-sign today, and we’re very pleased about that.”

Leggett, who has been one of the club’s most dominant defensive players since 2014, will enter his fifth season in Blue and Gold in 2018. In four seasons with Winnipeg, he has recorded 220 defensive tackles, six special teams tackles, 11 sacks, 16 interceptions, four defensive touchdowns, six forced fumbles and two special teams touchdowns in 63 career games (all starts).

Leggett finished tied for the league lead in interceptions in 2016 with seven.