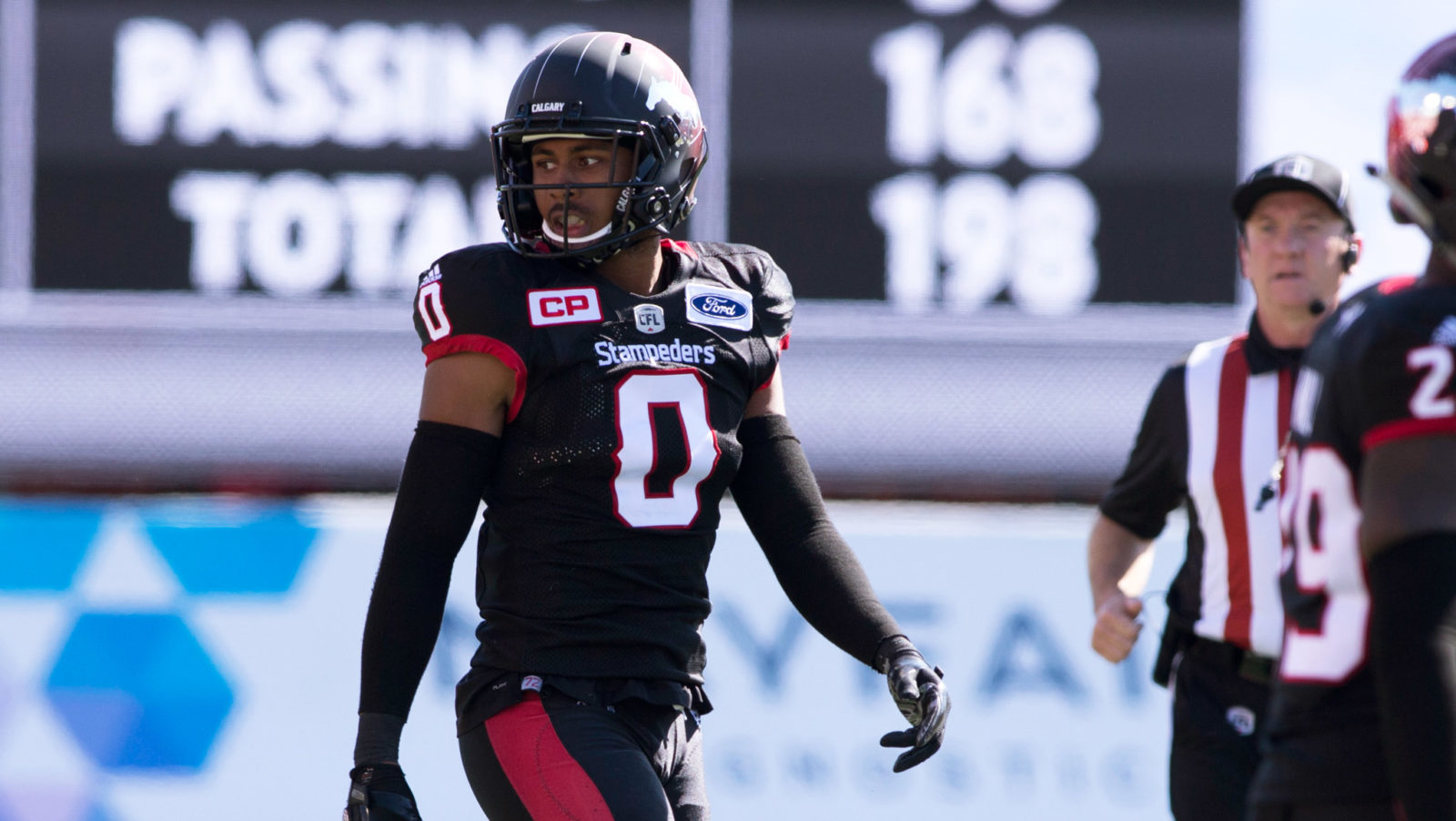 Evans had a career year in 2017 as he helped the Stampeders boast one of the best secondaries in the CFL.

“Ciante has established himself as one of the premier corners in the CFL and I’m pleased he has chosen to remain with the Red and White,” said president and general manager John Hufnagel. “The secondary was one of our major strengths in 2017 and I’m expecting Ciante to be a key contributor on our defence once again this season.”

RELATED
» Hughes’ new colours will take some getting used to
» View 2017 Free Agent Tracker
» By the Numbers: Ciante Evans

Evans was ranked 28th on the list of CFL.ca Top 30 Pending Free Agents.

In his third season in Calgary, the 5-foot-11, 195-pound defensive back played in 17 games and hit career marks in tackles (53) and interceptions (five). That performance helped him to his first CFL All-Star nod.

The Fort Worth, Tex. native suited up in 14 games in 2016 and collected 42 tackles, one special teams tackle, two interceptions and one forced fumble.

The 25-year-old was limited to just three games in 2015 and tallied three tackles.

“I’m thankful to the Calgary organization for giving me the opportunity to continue my dream as a football player,” said Evans. “Calgary is a beautiful city with great fans. I’m excited to be back, to get back to work and I’m looking forward to what the 2018 season has in store for the organization as well as myself.”