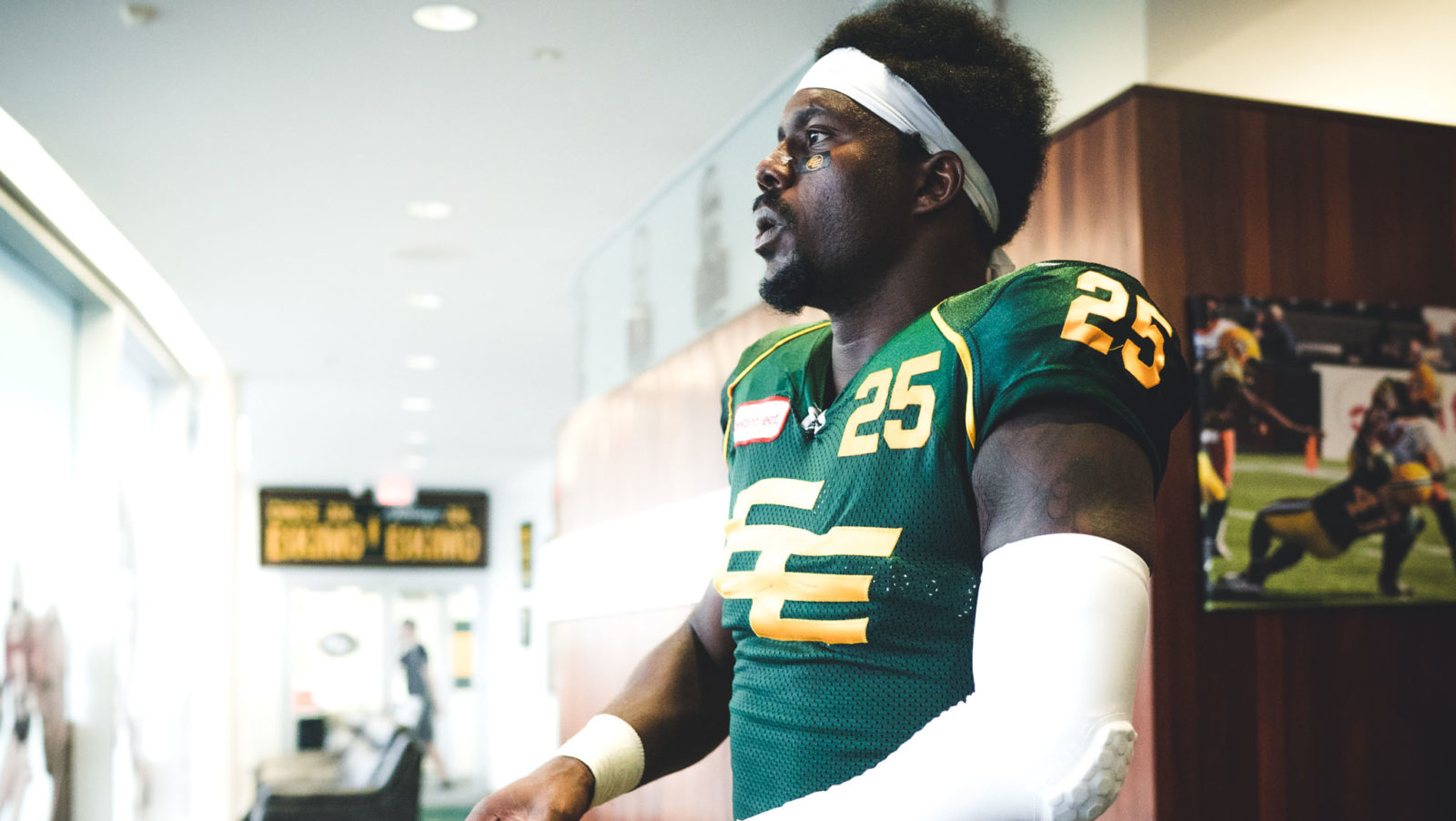 Lochard appeared in 16 games in his first season with the Eskimos, Lochard rushed for 104 yards on 14 carries, five kickoff returns for 76 yards, and caught one pass for five yards, while also recorded 10 special teams tackles. In four CFL seasons, Lochard has appeared in 62 games where he has 25 carries for 148 yards, one reception for five yards, and kickoff returns for 95 yards.

Jones appeared in 12 games this past season for the Green and Gold and recorded 50 tackles and one interception. In two playoff games, Jones recorded six tackles. In four CFL seasons, two with Edmonton, Jones has appeared in 45 games where he has recorded 90 tackles, one interception and one forced fumble.  Jones was also a member of the 2015 Grey Cup Championship team where he recorded two tackles in the 103rd Grey Cup.