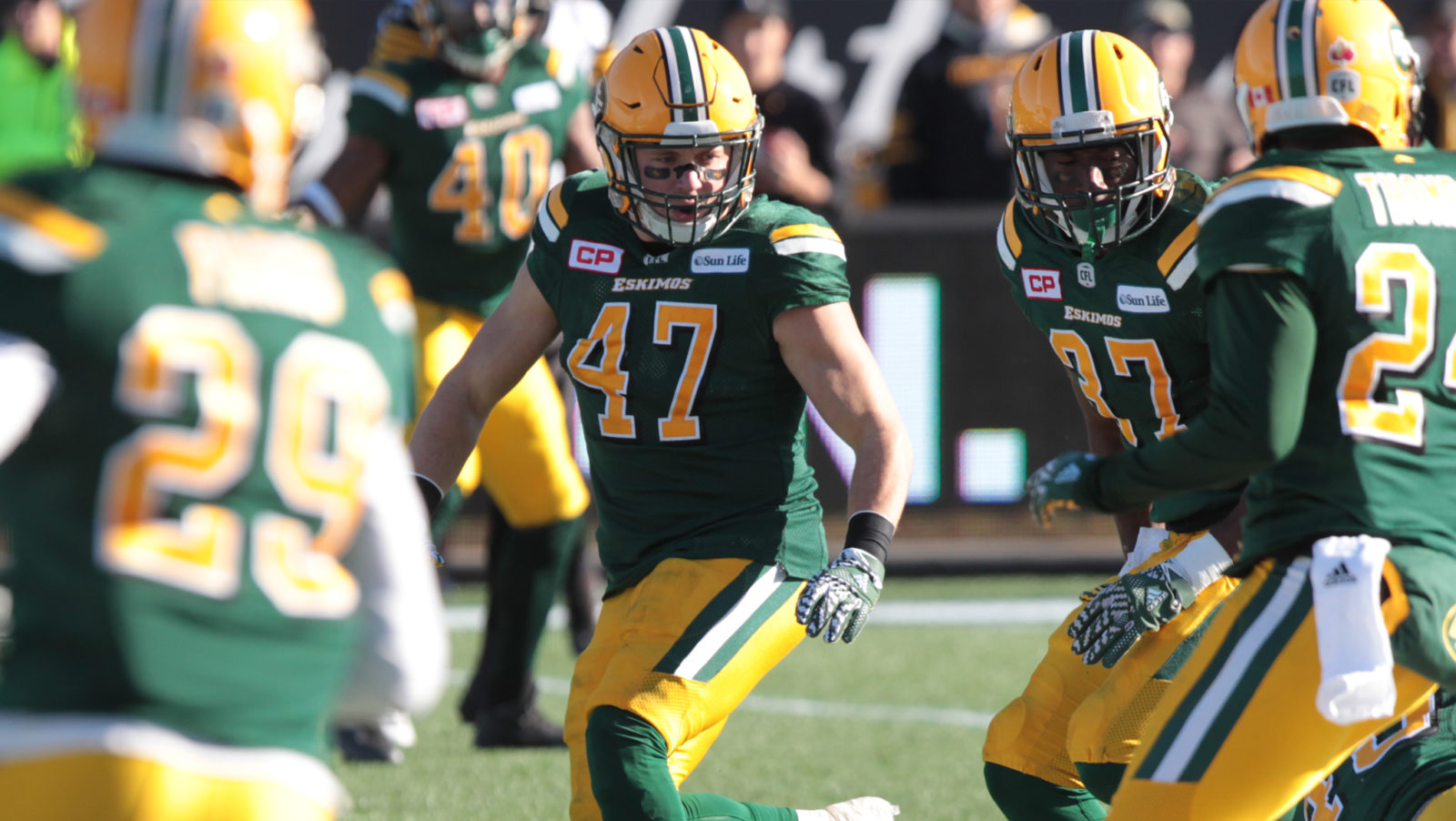 EDMONTON — The Edmonton Eskimos have signed international linebacker J.C. Sherritt through the 2019 season, the team announced on Friday.

Sherritt appeared in one game during the 2017 season after suffering a ruptured Achilles tendon in the Eskimos’ season-opener against the BC Lions. The 29-year-old was heading into his seventh year with the team.

“J.C. Sherritt is a vital part of this organization both on and off the field. His play on the field speaks for itself, and we’re a better defense with him in the lineup. More than his physical attributes, his leadership is something that can’t be measured, as he is the QB of the defense,” said Eskimos General Manager & VP of Football Ops. Brock Sunderland. “He aggressively attacked his rehab, and I know he’s excited to get back out there flying around in the Green and Gold.”

The linebacker’s best season in the CFL was in 2012 where he was named the league’s Most Outstanding Defensive Player. He collected a career-high 122 tackles and five interceptions that year on his way to being named a West Division and CFL All-Star. He also won a Grey Cup with the Eskimos in 2015.

In 91 total games in the green and gold, Sherritt has amassed 407 tackles, 45 special teams tackles, 12 sacks, 12 interceptions, one touchdown and 16 forced fumbles.