Under the Radar: Don’t overlook these 10 free agents

Under the Radar: Don’t overlook these 10 free agents

TORONTO — Free agency is merely days away and some of the league’s top stars are ready to hit the market.

But while everyone’s talking about players like Larry Dean, T.J. Heath or DaVaris Daniels, there are plenty of options outside the top tier that could end up making a significant impact on the open market.

Let’s look at some of the players outside our top 30 shouldn’t be overlooked when things kick off on Feb. 13.

Figueroa played at a high level in 2017, quietly anchoring one of the CFL’s best offensive lines while helping the Eskimos rank second in the CFL in rushing yards (not to mention first in the league in passing).

Everyone is talking about Bombers guard Travis Bond, but Figueroa, just 28 years old, should be one of the top offensive linemen to hit the market on Feb. 13.

Quiet but productive is the key to this list, which certainly applies to 27-year-old Regina native Zack Evans. The REDBLACKS defender has hit five or more sacks in each of the last three seasons as an interior defensive lineman, missing only two games over the last four years.

A Canadian interior lineman who can get to the quarterback will be highly-coveted come the opening bell.

Last year, before he left for the NFL, we were talking about Alex Bazzie as one of the CFL’s premiere pass rushers. Bazzie returned to the Lions last year with three sacks in six games, and is now primed to hit the open market and possibly leave Vancouver for the first time in his career.

Rarely do young star defensive ends hit free agency (Bazzie is still just 27), and the Lions’ additions of Odell Willis and Gabriel Knapton might mean Bazzie goes to the market. 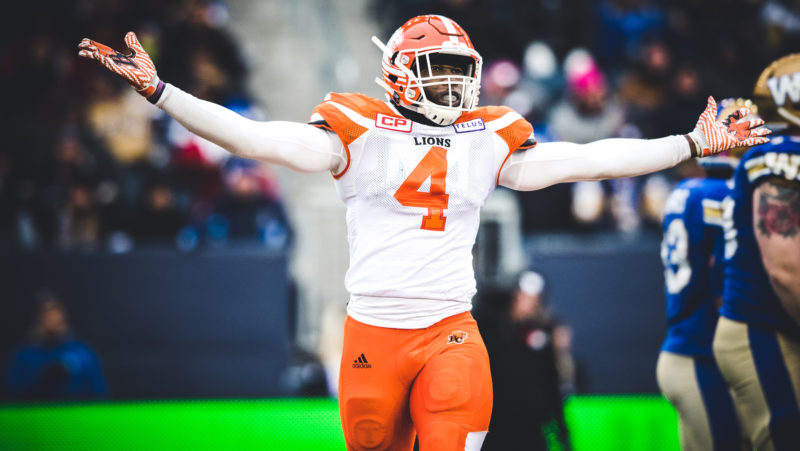 Alex Bazzie had three sacks in six games in his return to the Lions late last season (Johany Jutras/CFL.ca)

Both Kirby Fabien and the Lions’ O-line struggled throughout 2017, but the sixth-year guard and former seventh overall pick should appeal to most teams across the CFL in free agency.

Fabien has played all 18 games the last four years, while most teams across the CFL could use the service of an experienced Canadian guard. That and he’s one of only a few national offensive linemen remaining on the market, making him a valuable commodity.

The 28-year-old Calgary Dinos alum couldn’t quite capitalize on his 2016 career year in 2017, but Anthony Parker still has plenty of value heading into free agency. Parker is one of two marquee Canadian pass-catchers pending free agency.

A native of Vancouver, Parker has played all 18 games in each of the last four seasons, hitting 350 or more yards in each of those campaigns — including a career-high 654 yards a couple of years ago.

The numbers don’t stand out for the former sixth overall pick, but upon closer review, Nic Demski is as talented a Canadian receiver as you will find in the three-down game. It looked like Demski was on his way to a breakout season last year, but an injury cut his most impressive campaign yet short.

Demski returns kicks and is an explosive player on the offensive side of the ball, while we’d also like to remind you that he’s only 24, with the best still ahead. 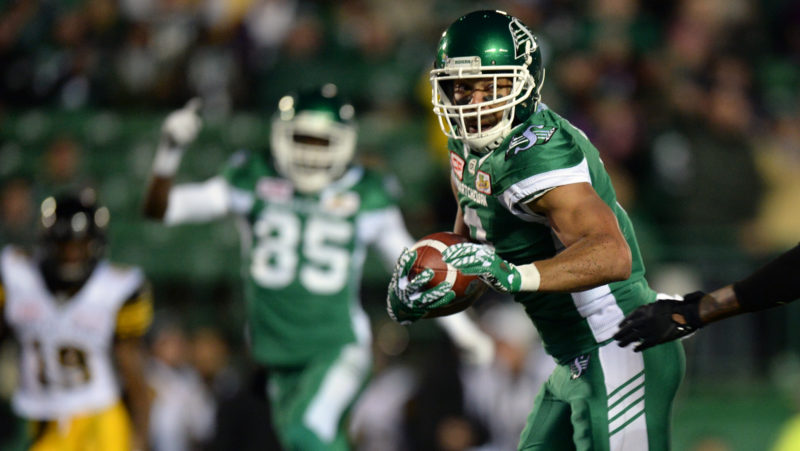 Nic Demski was having a productive season before being limited by injury in 2017 (Tony Fleece/CFL.ca)

The Eskimos’ D-line had a bounce back season in 2017, and first-year Eskimo Euclid Cummings was, literally and figuratively, a really big part of that.

The 28-year-old tied a career-high with eight sacks, an impressive number for an interior defensive lineman, while forming one of the most powerful defensive fronts across the league.

Kevin Fogg did not look out of place late last season, when an injury to Maurice Leggett forced him to play SAM linebacker on Richie Hall’s defence. Fogg could be a dynamic playmaker if given the chance, yet in 2017 his playing time was limited on the defensive side of the football.

Look for Fogg to try and find a full-time position with a team looking for speed, versatility and playmaking ability in the defensive backfield.

Outside of Justin Medlock, American kickers don’t usually get their due in the CFL. But Brett Maher has emerged as one of the league’s most consistent kickers, nailing 41 of his 50 tries last season (including a league-high 12 in the 40-49 yard range) while ranking third in the league in punting average (46.7 yards).

While teams look to employ a Canadian kicker first, a consistent and strong-legged kicker like Maher shouldn’t be ignored.

Ronnie Yell might be one of the best defensive backs available in this year’s free agent field, yet here we are writing about him in the ‘under the radar’ section.

Yell draws the difficult assignments from his boundary corner spot, and should be highly-coveted once free agency opens on Feb. 13.