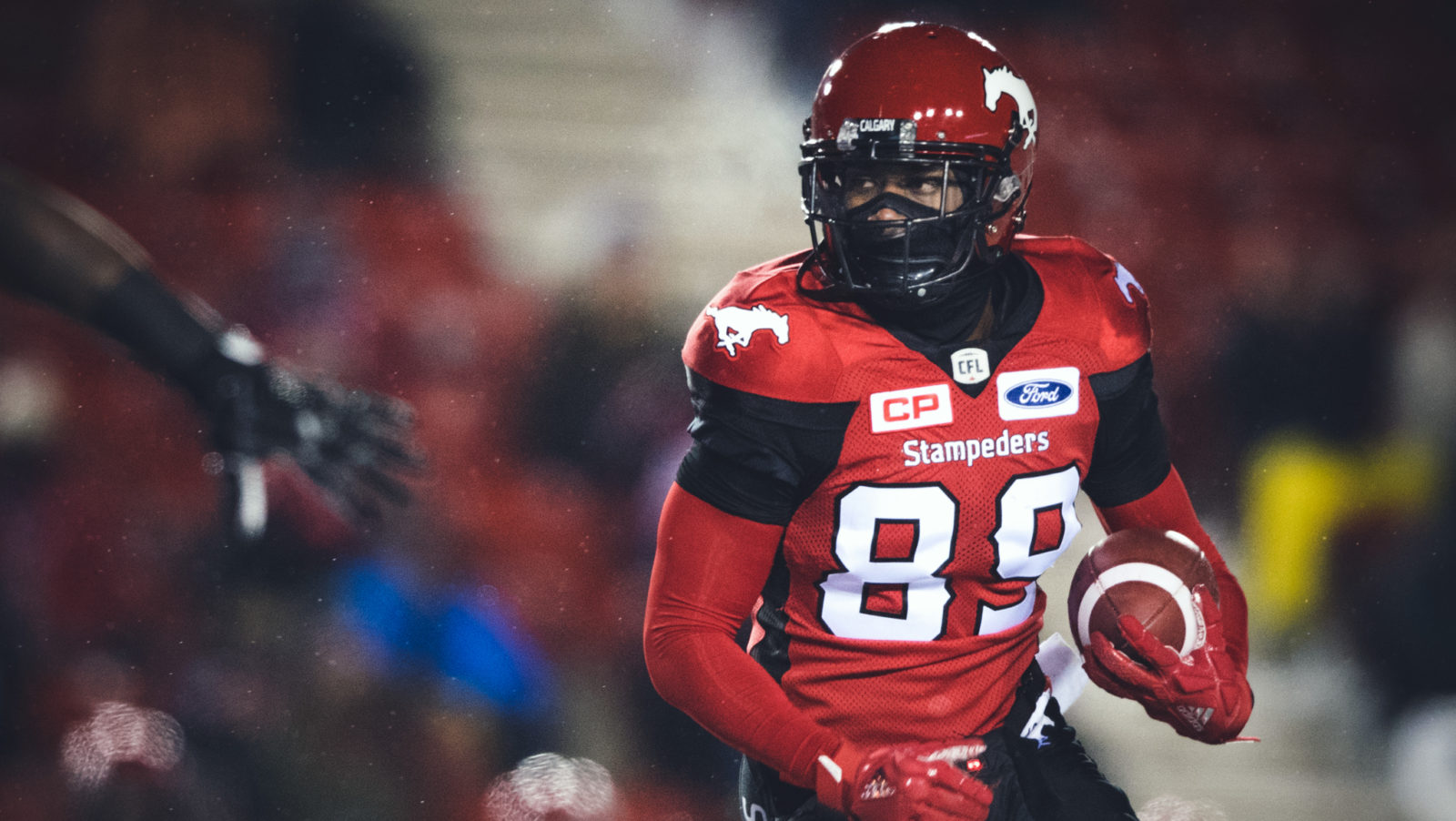 The 25-year-old Notre Dame alum was eligible to become a free agent on Tuesday.

Daniels was the CFL’s Most Outstanding Rookie in 2016 and in 24 career regular-season games for the Stamps, he has 98 receptions for 1,628 yards and 13 touchdowns as well as four carries for 35 yards.

“In his two years with us, DaVaris has shown the ability to be one of the CFL’s most dangerous and productive receivers,” said Stampeders president and general manager John Hufnagel. “I look forward to watching him continue to improve his game and taking the next step in his career in 2018.”

Daniels joined the Stamps in 2016 after trying out with Minnesota, New England and Philadelphia in the NFL. His father Phillip had a 15-year playing career in the NFL and is currently a member of the coaching staff for the Super Bowl-champion Philadelphia Eagles.

“Calgary took me in and gave me a chance when I was facing uncertainty about my football career, so I owe it to them to come back,” said Daniels. “After watching my father’s team win a Super Bowl, I’m more determined than ever for us to take another run at the Grey Cup and to win a championship.”