Steinberg’s MMQB: How to hit it big in free agency 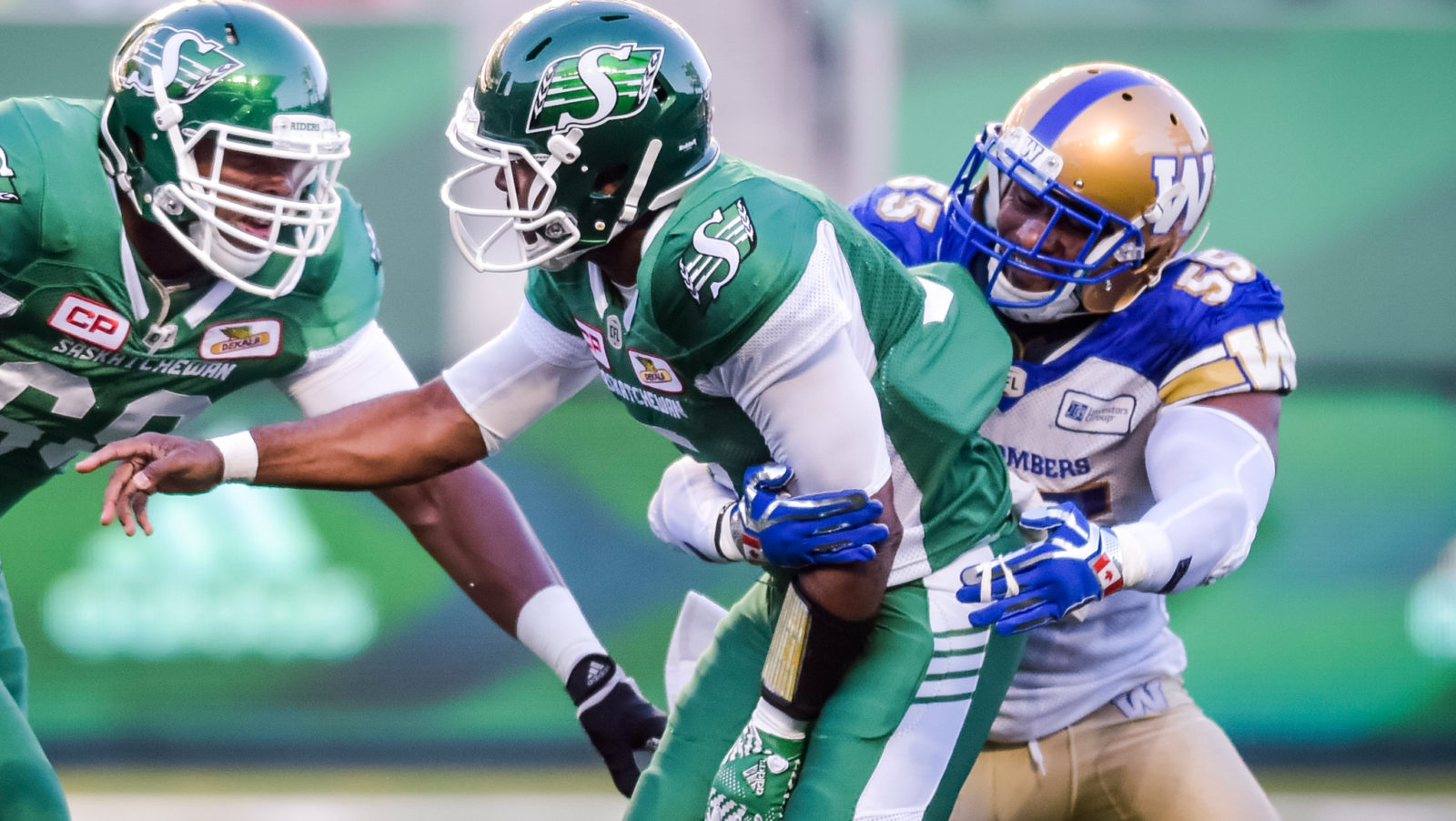 Steinberg’s MMQB: How to hit it big in free agency

This week is all about free agency as we are one day away from signing season getting underway.

To help set the table for what should be a wild flurry of player movement, we’re looking behind us to see what lessons we can learn from past free agency periods, both good and bad.

The 2018 class of free agents is pretty star-studded and should provide teams the opportunity to become instantly and significantly better. While teams don’t want to put too much emphasis on building through free agency, the chance to acquire a true impact player without giving up an asset is always attractive.

There are plenty of potential impact-makers in this year’s class, but history teaches us there are no guarantees. Who knows how a player will fit in in their new surroundings, right? While that’s important to remember, 2017 gave us a couple examples of how to hit it big in February. 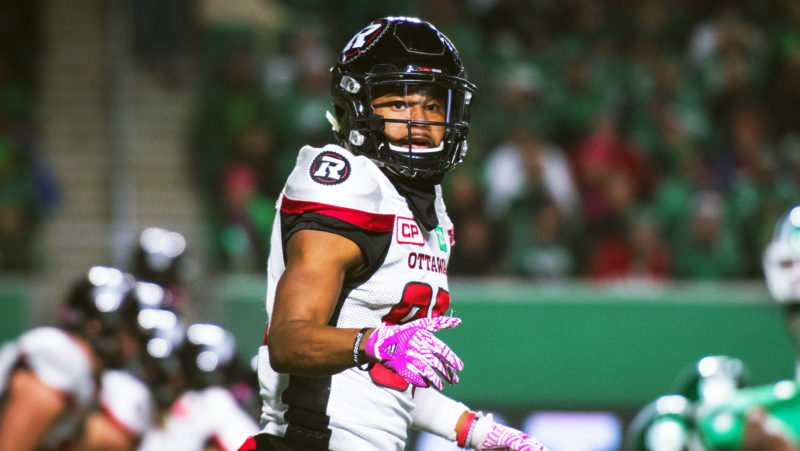 The Ottawa REDBLACKS have set a strong example of how to be successful in free agency (Arthur Ward/CFL.ca)

Diontae Spencer was a somewhat unknown quantity going into last year’s free agency period after a couple years in Toronto. The Ottawa REDBLACKS had seen all they needed, though, as they brought him in to help replace a couple of outgoing mainstays.

Coming off their first Grey Cup title, Ottawa elected to let East Division MOP Ernest Jackson and fellow receiver Chris Williams hit the free agent market. It was the signing of Spencer that filled the sizeable void the departing duo left in its wake.

Spencer had a breakout season in his first year with the REDBLACKS, reeling in 922 yards and six touchdowns as one of the quickest and most explosive receivers in the league. He also made a massive impact on special teams, as Spencer went over 900 punt return yards and over 600 on kick returns.

The Edmonton Eskimos nailed it in free agency last year, too, but their big score came on the defensive side of the ball. After two years with the Argos and a single season in Winnipeg, defensive tackle Euclid Cummings opted to join the Esks a couple weeks into free agency and was a hit right away.

Cummings was a huge part of Edmonton’s outstanding defensive front last season, finishing the year with eight sacks and a career-high three forced fumbles. In fact, Cummings’s return to the lineup after missing two games with injury really helped the Eskimos get their season back on track, winning their final five games of the season.

There were other solid additions made in free agency last year, but Spencer and Cummings led the pack for me. It’s success stories like theirs that make this time of year so attractive for general managers across the league.

But free agent signings don’t always work out that way. Last year also gave us a number of big name additions that fell a little short of the mark in year one with their new teams. You never know how a player will function in a new system or with a new coordinator, and you also can never judge how expectations will be handled.

We mentioned Chris Williams and Ernest Jackson earlier, and neither big name receiver made the desired impact with his new team last season. Williams was one of BC’s big splashes last February while the Montreal Alouettes snapped up Ernest Jackson as part of their off-season reshaping. Unfortunately, things didn’t go as planned.

After missing the first half of the season recovering from the injury that sidelined him late in 2016, Williams was never able to find his legs with the Lions. He ended up racking up just 415 receiving yards in nine games with one touchdown, both well under his career averages. BC decided to go in a different direction this winter, shipping Williams to Montreal for defensive end Gabriel Knapton.

Year one of Jackson’s multi-year deal with the Als wasn’t quite what either side was hoping, either. While some of that came down to Montreal’s quarterback issues, Jackson finished with just 767 receiving yards after going over 1,200 the year before. 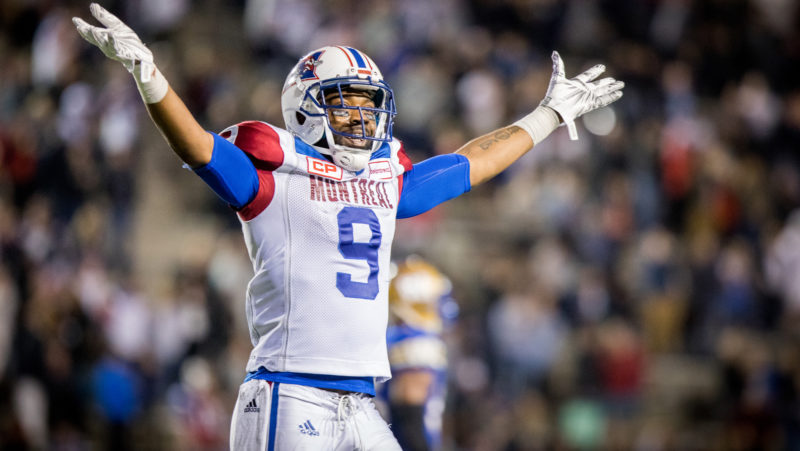 Then there’s Derek Dennis, who was the biggest prize on the offensive line last February. After taking home Most Outstanding Offensive Lineman honours at the 2016 Shaw CFL Awards, Dennis decided to leave Calgary and join the Saskatchewan Roughriders on a lucrative deal.

Brought in to solidify Saskatchewan at left tackle, Dennis was moved to left guard late in the season. Dennis didn’t have a bad first year with the Riders, but the team shelled out big dough for him to play the cornerstone tackle position, as teams typically don’t invest the same way at guard.

These cautionary tales are not to disparage the players highlighted by any means. Instead, they’re examples of how important good scouting is before making a big splash in free agency.

Speaking of which, there is one team that seems to hit far more often than not. The Ottawa REDBLACKS have such a solid track record of signing free agents in their short history; you wonder if they know something everyone else doesn’t.

Think of the core pieces on that team right now and how they were acquired. Greg Ellingson was the CFL’s number three receiver in 2017, but didn’t start his career with Ottawa. Instead, the REDBLACKS signed him as a free agent after two seasons in Hamilton.

Ellingson’s partner in crime made his way to our nation’s capital in similar fashion. Brad Sinopoli spent four years with Calgary, including two as a quarterback, before signing with Ottawa in the same off-season. In fact, 2015 free agency saw the REDBLACKS add two more impact receivers, as both Williams (Hamilton) and Jackson (BC) signed on that winter.

Oh, and let’s not forget perhaps the most important piece of all. The following off-season saw Ottawa sign quarterback Trevor Harris and all he’s done is thrive since joining up. In two seasons with the REDBLACKS, Harris’s quarterback to interception ratio is an unheard of 46-15. To think Ottawa was able to acquire a franchise pivot through free agency is pretty crazy when you think about it.

Factoring in Diontae Spencer, this team’s track record in free agency is uncanny. I don’t know if General Manager Marcel Desjardins has a secret formula, has great scouts, or has just gotten lucky, but the REDBLACKS have crushed it in free agency in a very short time in the league. I’m fascinated to see what they get up to this week.